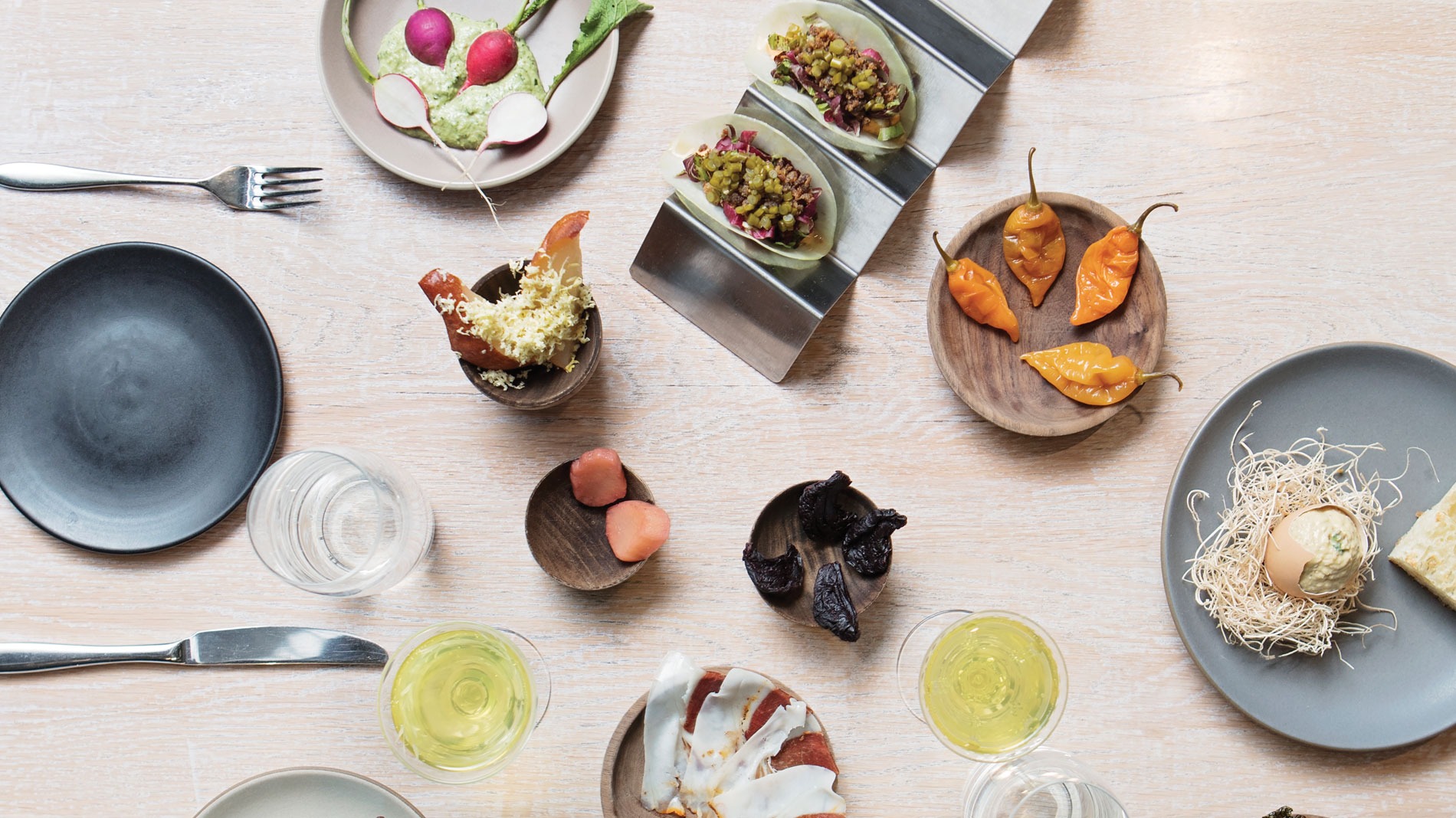 When something is as expected as naming Vicia the best new restaurant of 2017, you almost want to fight it. You want to know something big publications like Eater, Bon Appétit and Esquire don’t. (All have listed Vicia on national best new restaurant lists.) But you know what? Some things are expected for a reason.

It’s hard to compare a food truck (Balkan Treat Box, No. 4) to a weekends-only tasting menu experience (Privado, No. 2) to a bare-bones fast-casual spot serving one thing (St. Louis Soup Dumplings, No. 11). You have to assess each place on its own terms, and not just the qualifications of your personal preference. Vicia, objectively, attempts to do more than any other restaurant that opened in St. Louis this year. And from concept to menu, design, service and even a counter-service lunch option, it brings something fresh, stylish and clever to the local dining landscape.

Vicia is both familiarly hip and extreme in its farm-to-table, vegetable-forward sensibilities. Owners Michael and Tara Gallina captured our attention when they moved from the culinary Ivy League of Blue Hill at Stone Barns in New York to open their own place, intending to work closely with farmers to support methods so sustainable they improve soil health (vicia is the name of a cover crop planted for that purpose) and to waste almost nothing – not even vegetable tops – in the kitchen.

“I’m really proud of what we’ve accomplished with all of that,” said Michael, executive chef to Tara’s general manager. Vicia tries to support individual farmers by asking for the produce they need to sell, not just making regular orders. “We get a farm delivery every single day, and we try to make the menu a celebration of what comes in. It drives [Tara] nuts, because we print the menu three to four times a week sometimes.”

That kind of improvisation isn’t some hipster buzzword claptrap. Think about how hard it is to dial in one dish at home – a constantly shifting menu means a moving target. Vicia has three: lunch, a la carte snack plates and family-style dinner mains, and a tasting menu with wine pairings.

“We try not to waste anything,” Michael said. “The dynamic of lunch, a la carte and tasting menu really has to be very cohesive and synced with each other. If we’re running a pear salad on the a la carte menu, then the scrap has to be going into a puree for the tasting menu, or some of the other pieces that we’re cutting are going into Summer [Wright, Vicia’s executive pastry chef’s], apple butter.” 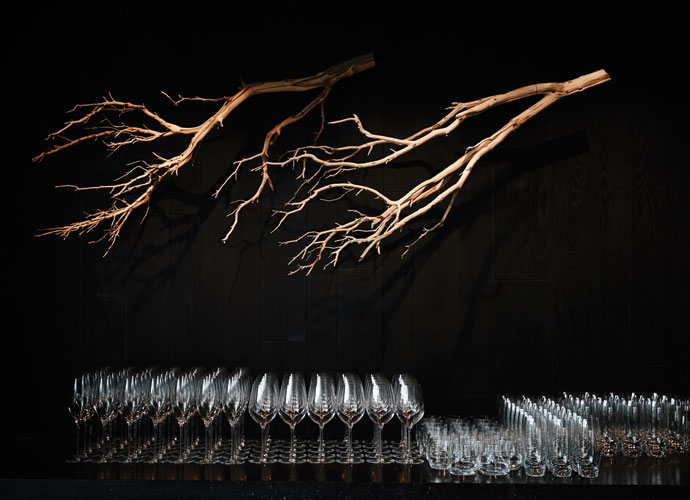 Logistics nerds are already sold. But to be the best, Vicia’s food had to be as good as the mission statement, and eye-rollers at the concept would still be enchanted by its dishes that are at once familiar and unlike anything you’ve ever tasted.

A quick pick-two soup/salad/sandwich lunch, for example, turns into something else when your cauliflower soup comes topped with popcorn powder. The fact that the lunch menu is not just fancy entrees priced down for midday makes it that much more impressive.

The tasting menu starts with a flurry of small bites arriving at once. Simple, familiar luxuries like raw oysters – flown in from Maine for a late-summer menu – are suddenly surprising when topped with a watermelon granita. The same course featured two pieces of compressed watermelon rind that somehow tasted just like a puckering bite of pith and yet refreshingly clean, crisp and mild at the same time. How do they do that?

Other composed bites – like a rectangle of yellow watermelon topped with translucent slices of pickled green tomato, herbs and blooms beside a creamy dollop of whipped goat cheese – displayed perfect pitch in both texture and flavor combinations. All the plates worked together in a larger symphony of individual movements. And that was just the first course.

Even with so many plates and pairings, service doesn’t falter. It’s no surprise the staff can answer any question you have about a dish – they go on field trips to farms and other producers about once a month. What is surprising is how relaxed such knowledgeable and orchestrated service feels.

“I’m trying to bring the touches of fine dining but in a setting that makes people feel like they can be themselves and not have to be nervous at the table that they’re putting their wine glass in the wrong place, you know?” Tara said. “None of that.”

It’s typically impossible to hold a conversation during a tasting-menu dinner – the constant ceremony of plate transmission and wine pouring dominates the night. But the friendly, rationed visits from Vicia servers don’t feel like an interruption.

“I don’t want people to think of it as, ‘Oh, that’s the tasting-menu spot – that’s the special-occasion spot,’” Michael said. “It’s the place where you can have any kind of experience you want.”

Vicia’s space is designed with that in mind. Light-drenched during the day and fashionably dim and energetic at night, the restaurant’s natural wood elements and massive white-paned windows make it feel both casually cool and sophisticated at the same time. It’s not easy to look so relaxed.

So while Vicia has its share of surprises, its No. 1 spot on this list isn’t one of them.