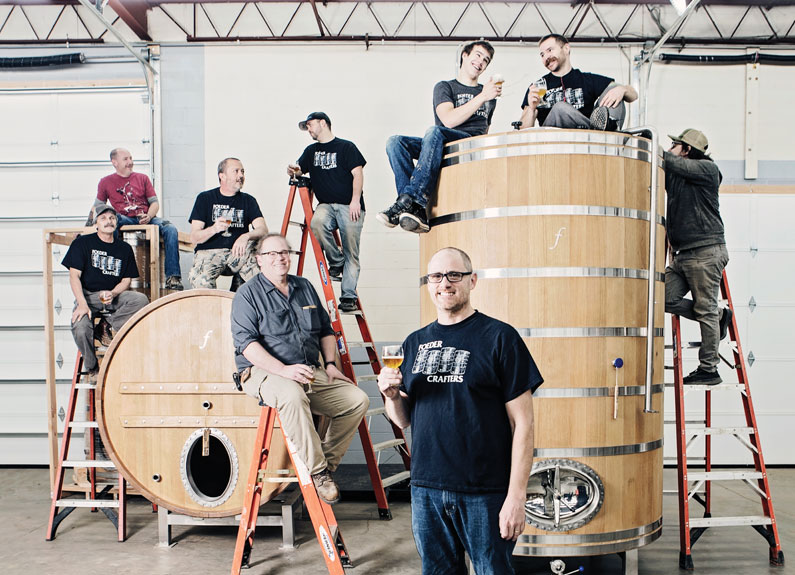 Foeder Crafters of America takes over the beer world, by the numbers

Foeders (pronounced FOO’-durs), those wood tanks used for fermenting beer, spirits and wine, are pretty hard to come by. In fact, local company Foeder Crafters of America is the only producer in America. Demand is on the rise, and FCA foeders are coveted all over the world. Owner Matt Walters recently shared some stats on his hand-crafted vessels.

• Around 25 sizes are offered in 3 shapes

• The largest is about the size of 1 tiny house

• Around 30,000 Missouri oak staves have been used by FCA

• FCA foeders are on 5 continents

• 9,722 miles is the longest trip a foeder has taken – to Australia

• Around 500 foeders produced, and counting