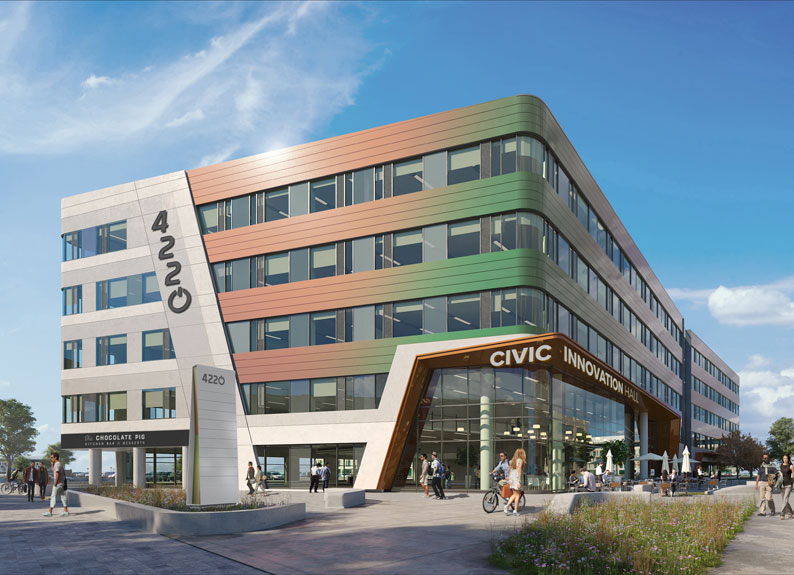 The Chocolate Pig will open at Cortex this fall

One of the main twists will be cocoa-rubbed pork, the restaurant’s namesake, which will make its way into several of the dishes. Bradham-Little said there will also be a cocktail program, and some drinks will more than likely feature chocolate, as well.

The Chocolate Pig will be open for lunch and dinner service along with Sunday brunch, and it will offer plenty of vegan, vegetarian, gluten-free dishes and specialties for those with food allergies. Bradham-Little said the company will name an executive chef and pastry chef in May. 23 City Block’s corporate executive chef Nick Miller will help oversee the project as it develops, she said, though he won’t be involved in the day-to-day operations after opening.

The Chocolate Pig will seat 118 inside and 58 on the patio, plus lounge seating on a smaller second patio. There will also be an area inside the restaurant dubbed The Chocolate Lab, an open kitchen where diners can watch the pastry chefs do their thing.

In addition to The Chocolate Pig, 23 City Blocks Catering will run a kiosk called The Market in Innovation Hall, a coffee bar featuring grab-and-go breakfast and lunch offerings.