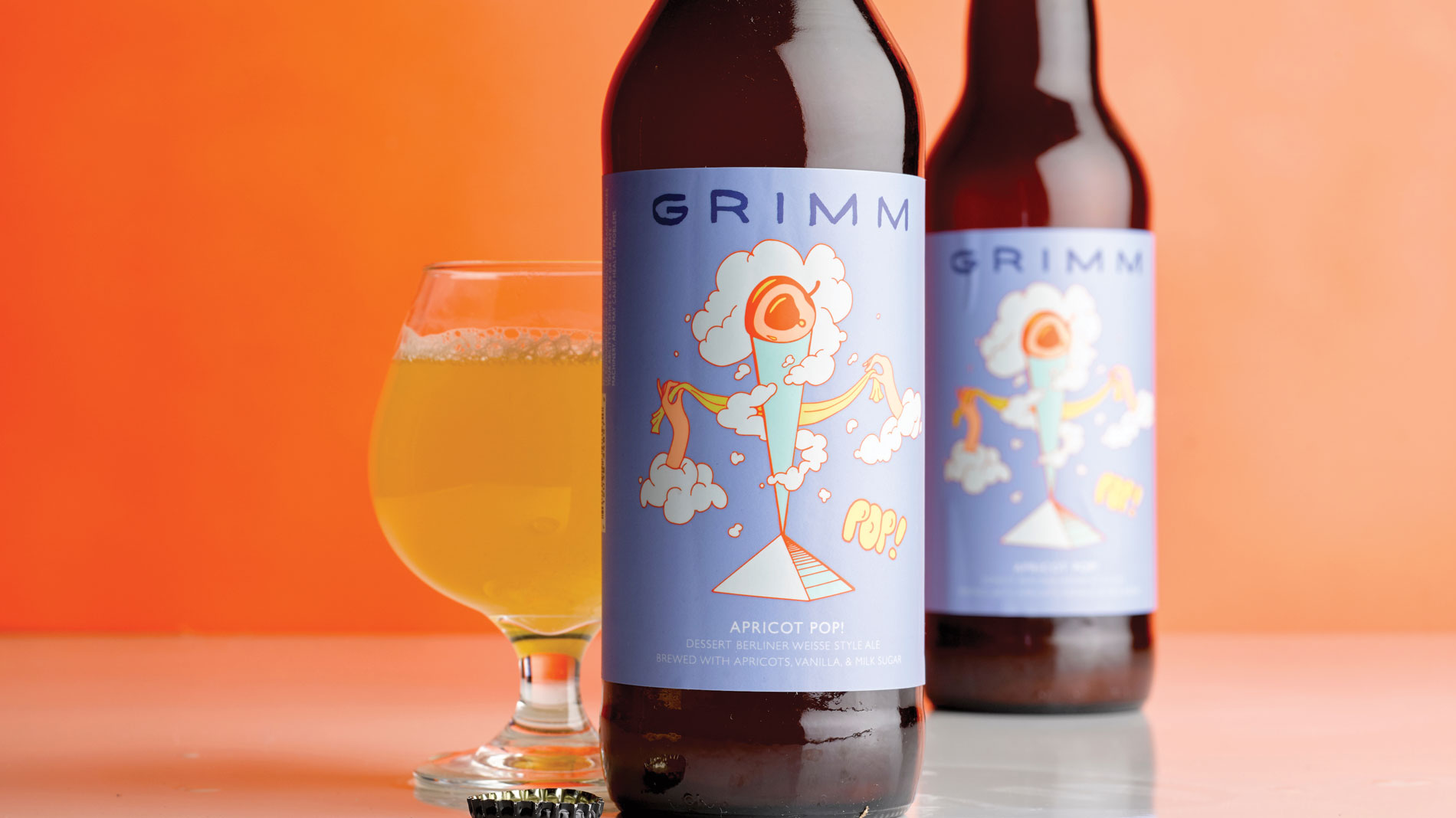 Now, the unfermentable sugar is working its magic in diverse styles beyond the stout. Breweries are experimenting with lactose to add body and texture to unexpected beers. It creates an opaque, creamy look and adds a touch of sweetness that works to highlight and enhance other flavor-driving ingredients like hops, fruits and herbs.

Milkshake IPAs add lactose (and usually fruit and vanilla) to the hazy New England version of the style for juicy, fruity beers boasting a little more tongue-heavy texture than regular IPAs. Dessert Berliner Weisses give the traditionally tart wheat style a sweet makeover along the same lines as popular pastry stouts. They incorporate vanilla, lactose and sometimes fruit for a more custard-like Berliner.

Try these fun and varied introductions to the world of lactose beers beyond the stout.

1. 4 Hands Brewing Co. First Impression
This creamy nitro white ale gets its body and texture from both lactose and tiny nitrogen bubbles. It’s delicately nuanced with grainy undertones, juicy sweet raspberry notes and a rounded softness that cloaks the palate thanks to Madagascar vanilla beans. It’s not currently available, but don't worry – you’ll have a second chance at a First Impression on 4 Hands’ beer list.
On draft (when available) at 4 Hands Brewing Co.

2. The Bruery / Funky Buddha Brewery ¡Guava Libre!
A pastry-focused collaboration between two of the most experimental breweries in the U.S., this medium-bodied and balanced brew is reminiscent of Nilla wafers topped with juicy tropical fruit preserves.
750-milliliter bottle: $13 at The Wine and Cheese Place

3. Evil Twin Brewing IPA Kolata
This balanced, New England pineapple and coconut lactose IPA is dominated by a juicy pineapple aroma, a strong lactose presence on the tongue and a hint of toasted coconut on the back palate.
Four-pack: $13.75 at Craft Beer Cellar

6. Third Wheel Brewing Dyslexic API
There’s nothing backward about this beauty, featuring heavy-hitting mandarin orange and tropical fruit aromatics and a medium-bodied texture that pulls through the palate with a balancing dose of bubble gum-y sweetness.
On draft at Third Wheel Brewing