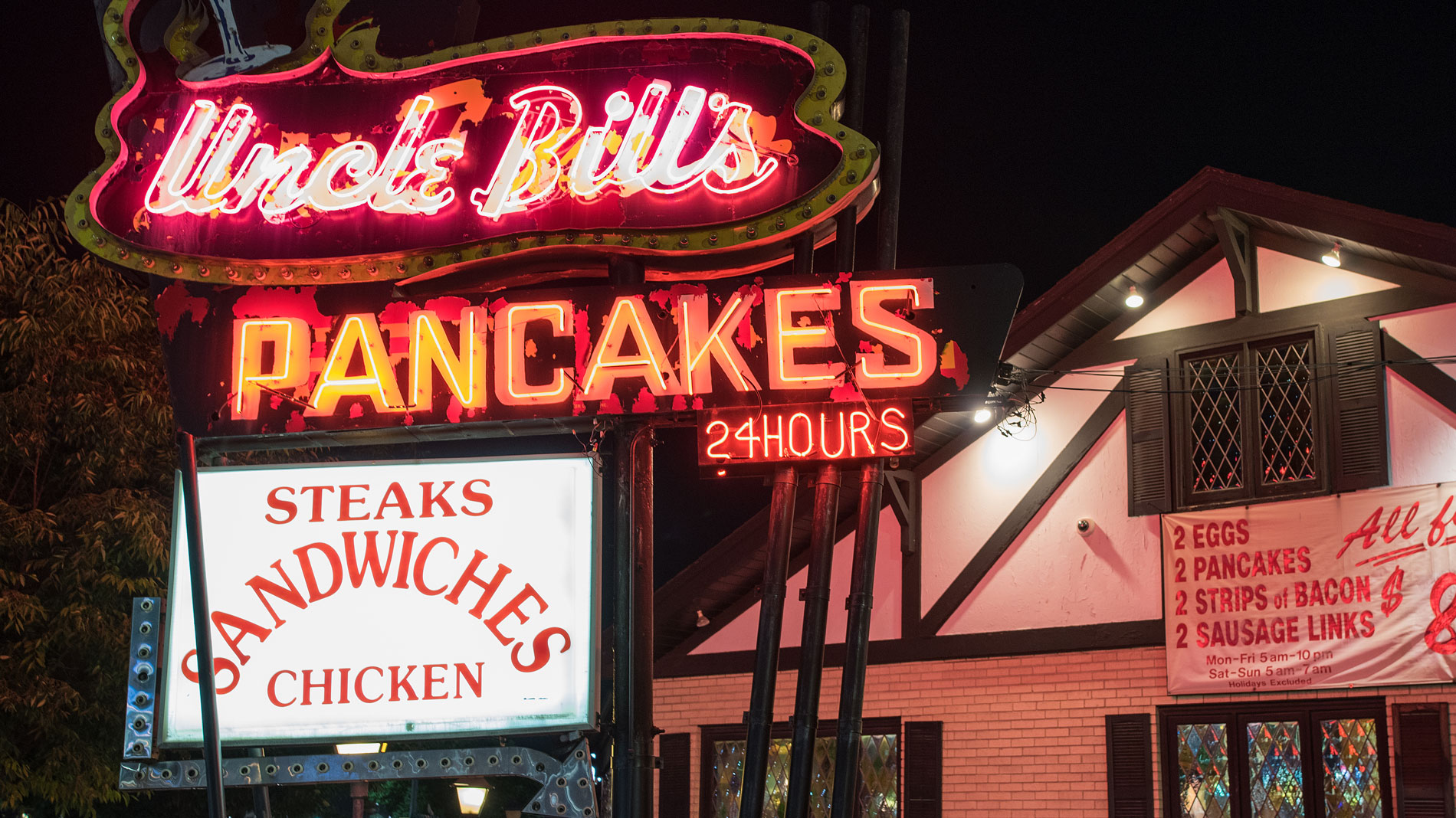 The diner – a uniquely American institution originally designed to look like a railroad dining car – continues to thrive by providing affordable, comforting food to the people. This year, Sauce readers have declared Uncle Bill’s Pancake & Dinner House, a joint known for its sprawling menu and round-the-clock service, their favorite diner in town.

No one, not even morning breakfast regulars, appreciates a diner as much as those who stumble in at 2 a.m. Uncle Bill’s is there when you shut down a bar, work the graveyard or have a red-eye flight. It had been a good long while since my last visit to Uncle Bill’s and equally as long since I’d found myself out and about after the witching hour. When I heard about the accolade, I knew I had to revisit this old haunt in the dead of night.

As I drove south on Kingshighway Boulevard on a late Saturday night/early Sunday morning, I remembered just how desolate this stretch of road is after-hours. The car dealerships and strip malls were all dark; there were scant signs of life. Then the Uncle Bill’s sign appeared like an oasis, casting a pale light on the building’s incongruous, Alpine-style architecture.

A hostess dressed in an otherworldly white pantsuit guided me across the motel carpeting to a booth in the corner without saying a word. The waitress called me “hon’” without a trace of irony when I ordered my usual: eggs sunny side up, a mound of hash browns, wheat toast instead of pancakes and a tomato juice.

The restaurant was maybe half-full but bustling and lively on two seating levels with plenty of wood paneling and some stained glass windows to lend a little class. Like a casino floor, time seemed to have no meaning here. It was 3 a.m., but it could’ve easily been noon as servers in maroon Uncle Bill’s shirts worked the floor in constant motion, refilling coffee cups and delivering plates stacked three to an arm with balancing acumen as natural as breathing.

As I waited for the food, I loaded up my tomato juice with Cholula hot sauce and surveyed the scene. When I was still in the social whirl, Uncle Bill’s was best known as an excellent way end to a night out with plenty of greasy goodness to soak up the evening’s excesses. Perhaps longing for my misspent youth, I was hoping to witness some late-night debauchery.

The crowd this morning, however, was surprisingly sedate – the vibe more coffee klatch than gritty Tom Waits ballad. Most diners seemed to be just off work or maybe fueling up for their next shift. Couples and small groups talked over stacks of pancakes and those endless cups of coffee like they were in breakfast nooks at home. Sure, a few guests were dressed in clubwear, rumpled and disheveled after a night out. Some were a little unsteady on their feet as they made their way to the register, but there was nary a sloppy “woo” girl or hammered bro in sight. No one made even a small drunken scene.

I’m sure there are still plenty of nights at Uncle Bill’s when the crowd is lit, but I wasn’t too disappointed to miss that. It was nice to stretch out in my solo booth, savor breakfast and soak up the atmosphere. As I polished off the last of the hash browns – soft in the middle and perfectly crisp outside – it sunk in. Regardless of the building, or how good the coffee is, the best diners are beloved because they welcome people from all walks of life to gather and connect, no matter the hour or sobriety level.