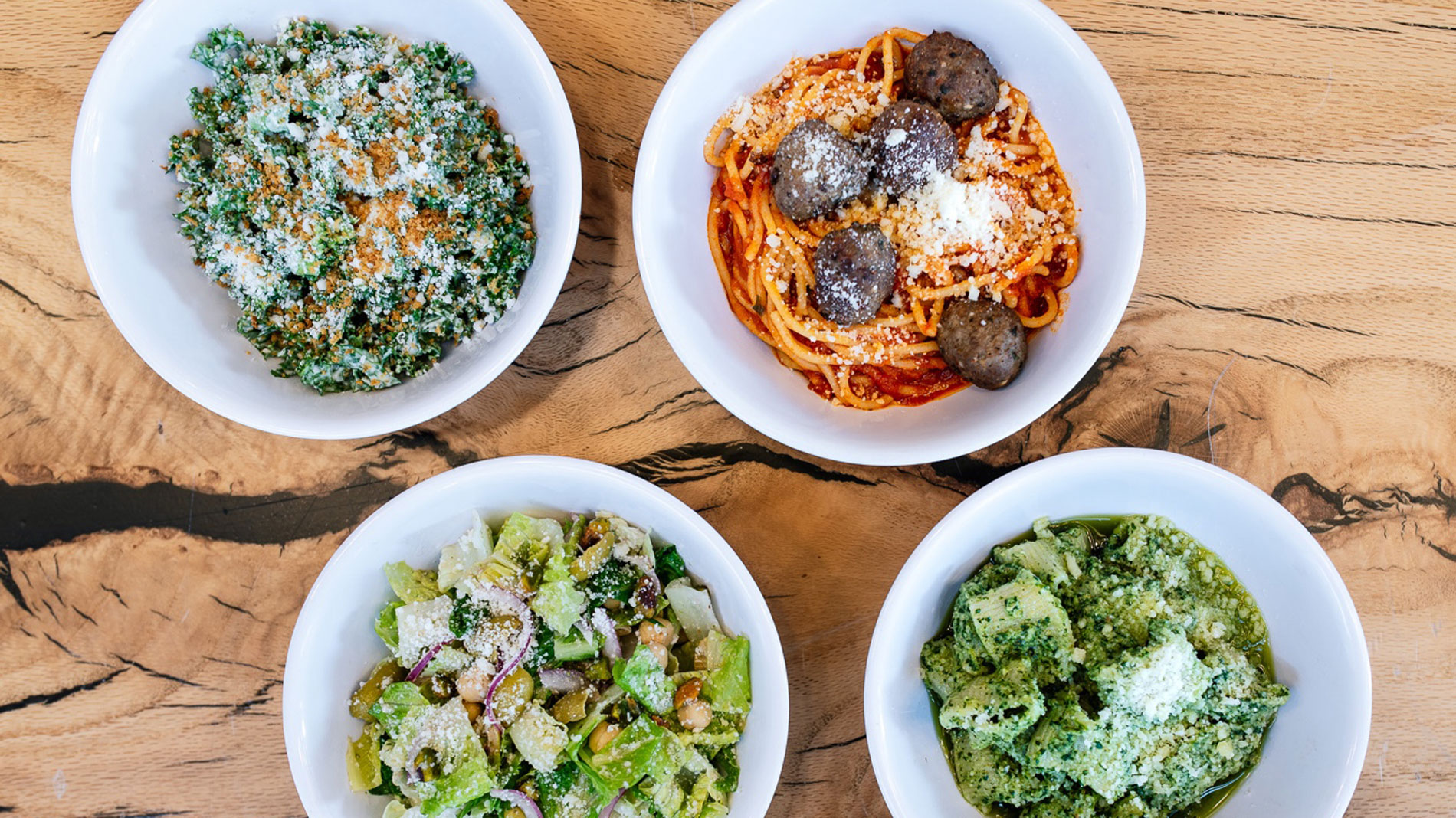 Craft said most of Porano’s sales are pasta, so it made sense to zero in on that aspect and perfect it using his Clayton Italian eatery as a guide.

“If we’re just talking pasta, quite frankly, I thought we could do the pasta side better, and I think we do it better out at Pastaria,” he said. “Merging those concepts brings us closer to what my vision looks like for the future.”

At Porano by Pastaria, guests will still order at the counter, but from a set menu instead of building their own bowls. Those who dine-in will receive real plates and silverware, which Craft said will also help mitigate some waste issues.

The new menu will feature some Pastaria favorites like its popular kale Caesar salad, as well as rigatoni or spaghetti topped with sauces like the Amatriciana or Bolognese.

Porano specialties like the Alfredo and cilantro pesto sauces will remain, along with Detroit-style pizzas, risotto balls, focaccia and cheesy bread. Porano’s frozen Negroni and frosé will be joined by classics like a Bellini and Aperol spritz. A new kid’s pasta menu will also be available.