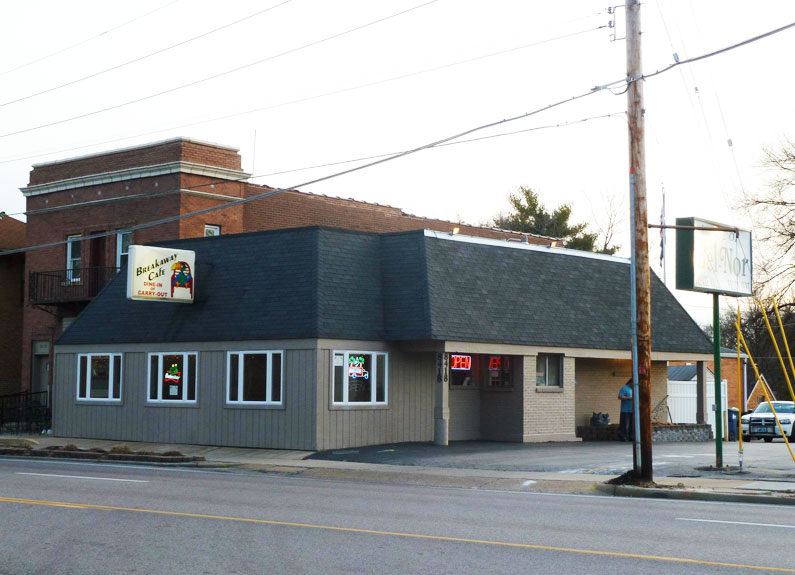 Bel-Nor neighborhood pillar Breakaway Café reopened this week at 8418 Natural Bridge Road under new ownership. Matt Quinlisk, a regular Breakaway patron and former Sugarfire Smoke House general manager, started working on a plan to take over as soon as he heard about the restaurant’s closing in December. He closed the deal in mid-January.

“The community needs this,” Quinlisk said. “We’re the only sit-down restaurant in the neighborhood.”

Until it closed in December, Breakaway had served American and Italian staples in north St. Louis County for more than 30 years.

Quinlisk significantly remodeled the restaurant’s interior but is keeping the menu the same. He understands Breakaway has been serving people’s long-time favorites, and people have their go-to dishes. Quinlisk’s go-to order: “The Cajun shrimp cavatelli. It has been for at least 20 years.”

Even the staff remains the same. “That was truly key,” he said. “Billy [the kitchen manager] has been here for 18 years, some of these other guys have been here nine years. ... They know this place inside-out.”

Quinlisk remembers being 10-years-old and coming to the restaurant, when it was the original Riddle’s. More recently, he would come in twice weekly with his daughter, Audrey. He saw reopening the restaurant as a way to give back to his community.

At the Feb. 4 reopening, he had the opportunity to speak with customers who shared their own fond memories of Breakaway. “So many friends and family came,” he said. “I knew I made the right choice when I heard people’s stories.”

James Boechmann is an editorial intern at Sauce Magazine.