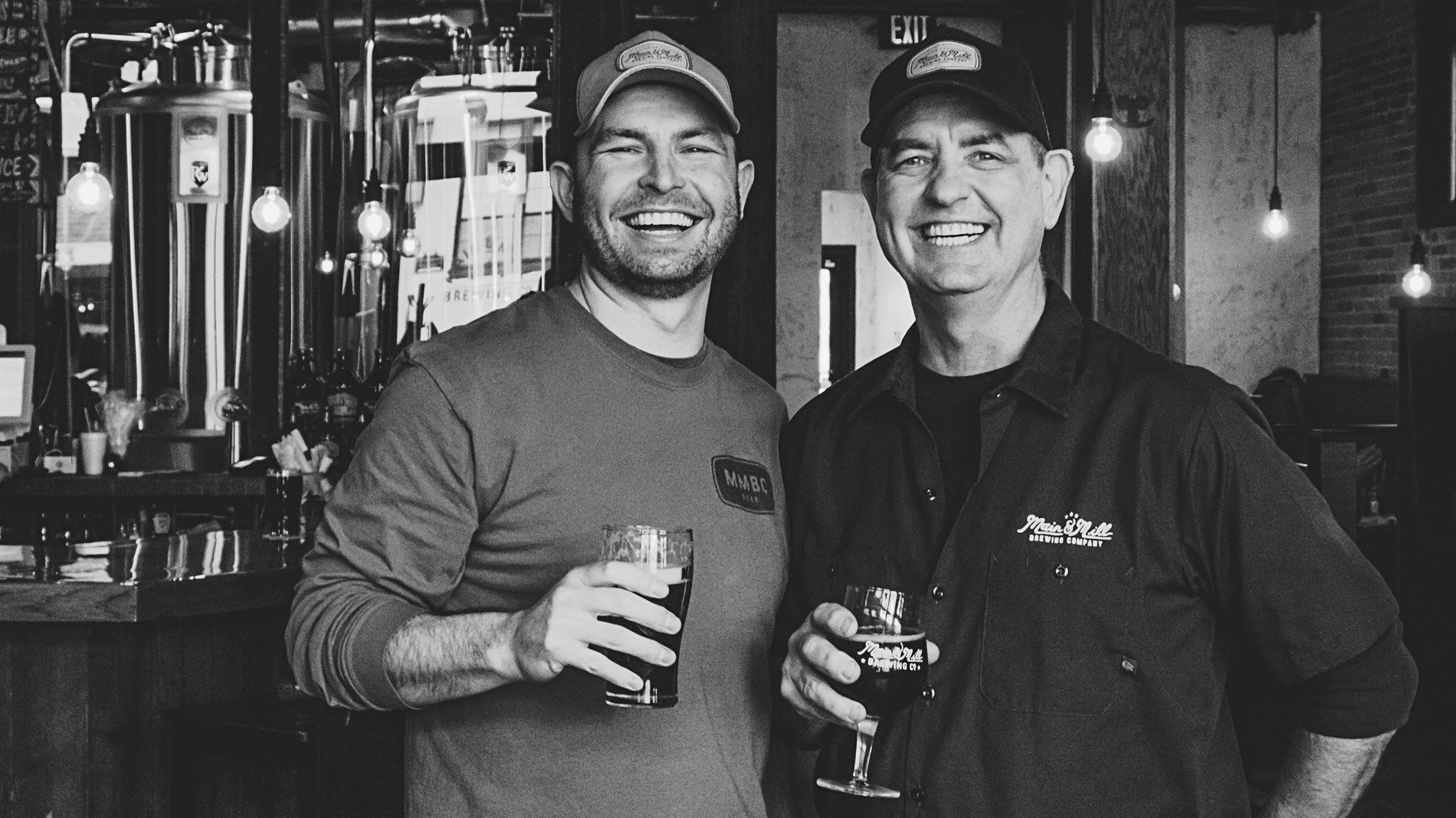 Main & Mill Brewing in Festus is one of the best-kept secrets in St. Louis beer

Denny Foster’s career has been a story of threes. It was three years and a day that he worked at a finance job he hated before he left to see if he could turn his homebrewing hobby into a career. He spent the next three years at Crown Valley Brewing & Distilling Co., climbing the ranks to eventually become manager of brewery operations. And when he and his dad, co-owner Barry Foster, bought a collapsing building at the corner of Main and Mill streets in Festus to make his dream a reality, it took them – you guessed it – three years to rehab the place.

Now, just over three years since Main & Mill Brewing Co. opened its doors, it’s considered one of the best-kept secrets in local brewing. Here are more than three reasons to change that.

They Started (and Stayed) Small
When Denny Foster began experimenting with brewing, he worked with a 10-gallon system that let him try as many different styles as possible. These days, he’s upgraded to a 7-barrel system, which is still much smaller than an average craft spot. The bad news: The taps go fast. The good: With nothing on tap for more than about a month, you always get a crazy-fresh pour.

They Do What They Want
For example, the Ale of 1,000 Suns, a lemon-laden summer wheat, hit the tap around when the polar vortex crept into our seasonally depressed souls. “Myself, and [head brewer] Brandon [Bischoff] and Steve [Rusnack] were just like, ‘This is what I want to drink right now.’ So we just decided to brew that.”

The Green Chile Beer Never Lasts Long
Main & Mill’s Green Chile Ale has become a cult favorite, made with fresh serrano and Anaheim chilies and brewed a barrel at a time so the peppers don’t develop funky flavors – not that they have time to. With deep, smoky notes and a heat that hits the back of your throat, customers have been known to fill six growlers at a time, clearing the brewery of its entire batch. “It’s a good problem to have,” Foster acknowledged.

There's a Beer for Everyone
Foster’s wife is more of a rum-and-Dr. Pepper drinker than a beer drinker. “It still makes me tear up inside a little bit,” Foster said with disbelief. So when he brewed Clyde’s Ale, he tweaked it until his wife said she’d drink it all day. So will your craft beer newbie.

Oh, and Food
Running a business is hard. Brewing beer ain’t easy, either. So why did Foster decide to do both and open a restaurant? It was all about knowing his customer base. “This is a Busch community,” he explained. “There wouldn't be a conversion of those Busch drinkers to our beer without offering them food to come in and then just be like, ‘I guess I'll try it.’ We’ve had a lot of ‘I guess I’ll try its.’” These days, those craft beer converts come in to tell Foster other local beer spots they’ve tried. “It’s not only good for us,” he said, grinning. “It’s good for the St. Louis beer community.”

The Membership Program Has a 300-Person Waitlist
Frustrated by endless renovation but committed to keeping his customers happy and to brewing for festivals, Foster started a membership program that offers discounts, behind-the-scenes info and even a say in what they brew next. Once they opened it up to bottles, it really took off, as Main & Mill started pulling in high trade values at bottle shares, led by its ever-popular stouts. Suddenly, 400 members across 28 states and three countries were enjoying Foster’s bottles.

There's Room to Experiment
Because Main & Mill doesn’t package and sell beer in retail, it isn’t locked into any styles. Foster guessed they’ve brewed about 250 to 300 beers in 100 different styles, rarely brewing the exact same beer twice (besides a few faves, like the perfectly balanced Red Rye). Upcoming? A Berliner Weisse brewed with lactose that tastes of peaches and vanilla.

They're Working with Familiar Faces
Foster is teaming up with Libby and Steve Crider of 2nd Shift Brewing and Jeff Hardesty of Narrow Gauge Brewing Co. for an ongoing collaboration series that will, among other things, showcase each brewer’s twist on a similar recipe. First up was an Imperial stout; next will be a saison available at Main & Mill in the spring. The name they chose for the collaboration: Cuvee de Trois, which translates to the Blending of Three. Well, of course it does.