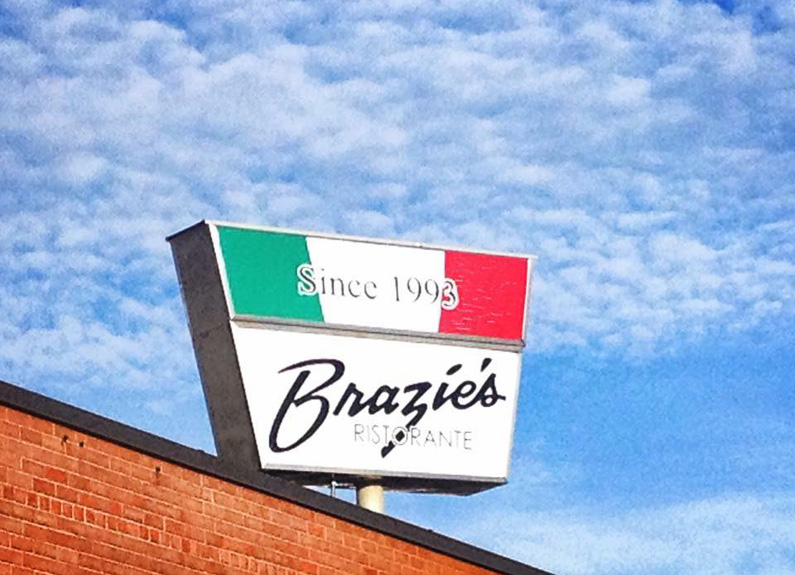 brazie's was in business for 26 years. photo courtesy of brazie's

Brazie’s Restaurant announced yesterday, April 16, via Facebook that the longtime Italian-American eatery will close after service Saturday, April 20. The restaurant has been open almost 26 years.

For most of its run, Brazie's was located on Hampton Avenue, but about 11 years ago, the restaurant moved to 3073 Watson Road. Chef-owner Brazie Mazzola opened the restaurant in 1993, and his staff has included his sisters, Gina and Rosa, his brother, Mario, and daughter, Maria.