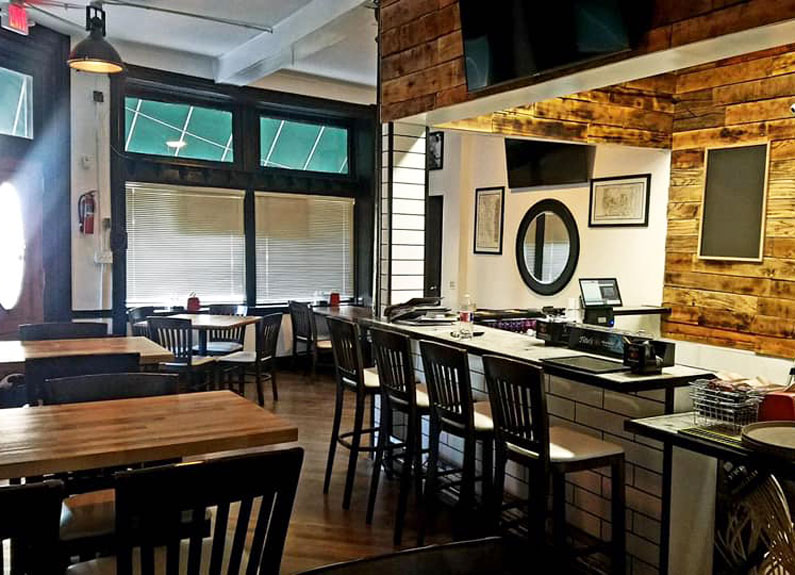 Across the street from Forest Park Lumber lies what used to be an old building, vacant for 20 years. Now the building at 6301 Clayton Ave., has been transformed into Hogtown Smokehouse, which opened doors Sunday, July 21.

Co-owners Rico Lange and Chris Muich decided to open Hogtown in the Dogtown neighborhood after looking into other buildings and deciding their concept would be a good fit for Lange and Muich’s old stomping grounds.

“I was riding my bike past that building when I was a little kid. ... So it’s a great little corner, heavy traffic comes through there, and I just thought that was a great location,” Lange said. “I’ve been saying for quite some time now that Dogtown needed a smokehouse.”

Lange and Muich met at Southtown Pub, a Southtown sports bar and barbecue restaurant, where they ran the eatery’s catering operations.

“Me and Chris kind of knew each other because we were kind of in the same circle of people, but we didn’t know each other that well and then we met at the barbecue restaurant,” Lange said. “Chris was the manager of Southtown Pub, and he worked in the kitchen with the chef there and he learned from there and then he took over full control of the kitchen after a few years.”

Now Muich runs Hogtown Smokehouse’s kitchen, while Lange runs the front of the house and catering.

“Not everyone has an hour to an hour and a half to sit down and get waited on, so we’ll run the place as a quick-service, counter order,” Lange said. “The unique thing about it is we’ll have a full bar you can order from as well, so you can have a glass of whiskey with your barbecue.”

Lange said the bar will simple to start with domestics, craft beer, whiskeys and wines on offer.

“We’re going to see how everything plays out, our beer selection will range mostly with domestics; Bud Light, Budweiser, Bud Select, Miller Lite, Coors Lite,” Lange said. “We’ll add a Corona. We’ll have a few local breweries like 4 Hands, Urban Chestnut, 2nd Shift – it really all depends. And we’re in Dogtown so we’ve got to have Guinness.”