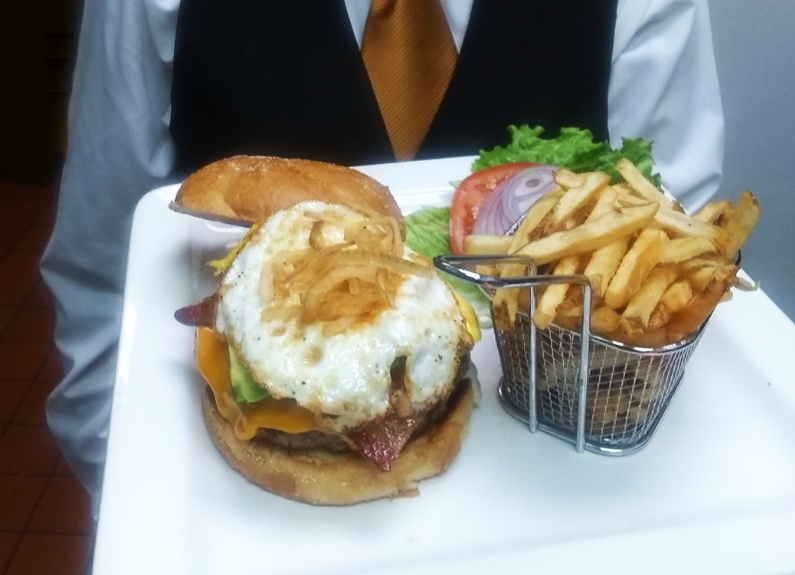 The DeBaliviere neighborhood welcomed West End Bistro to its growing roster of restaurants in May. As reported by St. Louis Magazine, husband-and-wife team Kevin and Marion Green opened the eatery at 5513 Pershing Ave., the former home of Atlas and Pig & Pickle.

The Greens worked in the restaurant industry for more than 30 years before deciding it was time to strike out on their own.

“We’ve been looking to open up our own restaurant for the past two years now,” said chef Kevin Green, who previously worked as chef at Guido’s on The Hill and Charlie Gitto’s, among others. “It’s been a dream of ours. … I like that DeBaliviere is so centrally located. I have friends and family just north of here, and I want them to come and enjoy too.”

Marion Green said the neighborhood was perfect for their concept and that it’s a great casual spot to eat before or after excursions in Forest Park.

“This is such a nice neighborhood; it caters to college students [and] is family-oriented,” she said. “It just seems like a close community where everyone gets along with everyone.”

The menu features a range of cuisines, from chicken satay and bouillabaisse to sesame-seared ahi tuna and fettuccine Alfredo.

“I wanted to feature all those different kinds of foods because I’ve worked in a steakhouse, Italian, French and so on,” Kevin Green said. “St. Louis is such a diverse town, so I decided to tie it all together.”

West End Bistro just received its liquor license and plans to begin offering a full bar this week. West End Bistro is open Wednesday through Monday from 11 a.m. to 10 p.m.

Daun Lee is an editorial intern at Sauce Magazine.