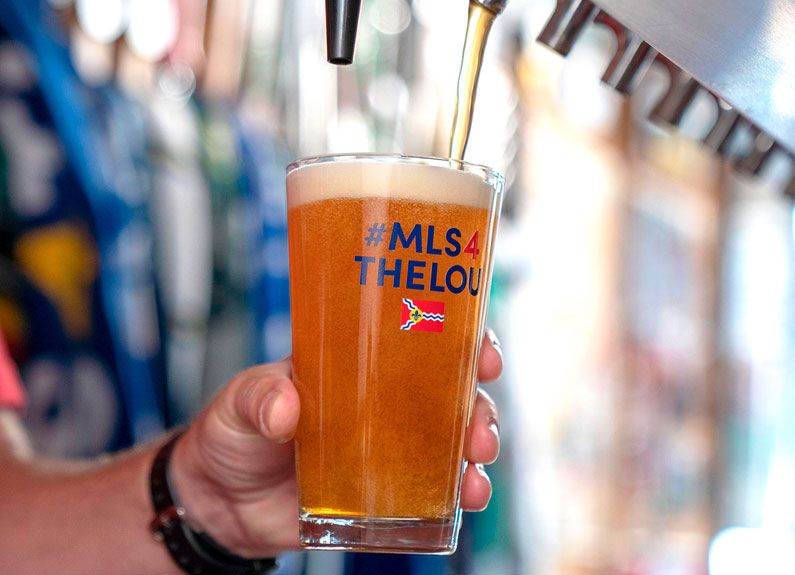 mls4thelou hosted events at places like urban chestnut to rally support for a team. photo by jake huber media for mls4thlou

Area restaurants, bars plan for a future with a St. Louis MLS team

It’s official: St. Louis has is its own Major League Soccer team. MLS commissioner Don Garber announced the decision yesterday, Aug. 20, at a press conference in St. Louis. The expansion team, which has not been named yet, will play in a stadium to be built in the Downtown West area near Union Station. The team is expected to hit the field in 2022.

The influx of regional, national and international soccer fans to the St. Louis promises to bring plenty of business to area bars and restaurants.


“St. Louis loves its sports,” said Ben Welch, executive chef and managing partner at The Midwestern, which is just down the street from the proposed stadium. “I think there’s something like 17 home games in the [MLS] season, so it’s 17 more chances for people to check out the city and see what we have to offer.”


While he doesn’t know exactly how the new team will impact the region, and The Midwestern, Welch has a pretty good idea. “I think it’s massive.”


Hotel Saint Louis co-founder Amy Gill agreed. The new hotel on Olive Street houses the restaurant Union 30 and the rooftop bar Form.“I think it’s going to be great,” said Gill. “Who doesn’t want another sports team downtown, and who doesn’t love soccer? We’re excited to have the opportunity to host the MLS folks and the teams and fans.”


Gamlin Restaurant Group has already begun marketing its 1764 Public House as the place to watch the new team on the telly.


“We opened 1764 as a sports bar, but unfortunately we were building it as the Rams left,” said co-owner Lucas Gamlin. “When we did some World Cup promos earlier this year. It was a huge success for us. We have tons of TVs to show the games, so we’re super excited about it.”


Gamlin expects that younger patrons especially will respond to having a MLS team.


“I think there will be a huge push for us with younger clientele. It seemed like we had a lot of millennials and folks moving into the neighborhood to work at Cortex [during] the World Cup,” Gamlin said.