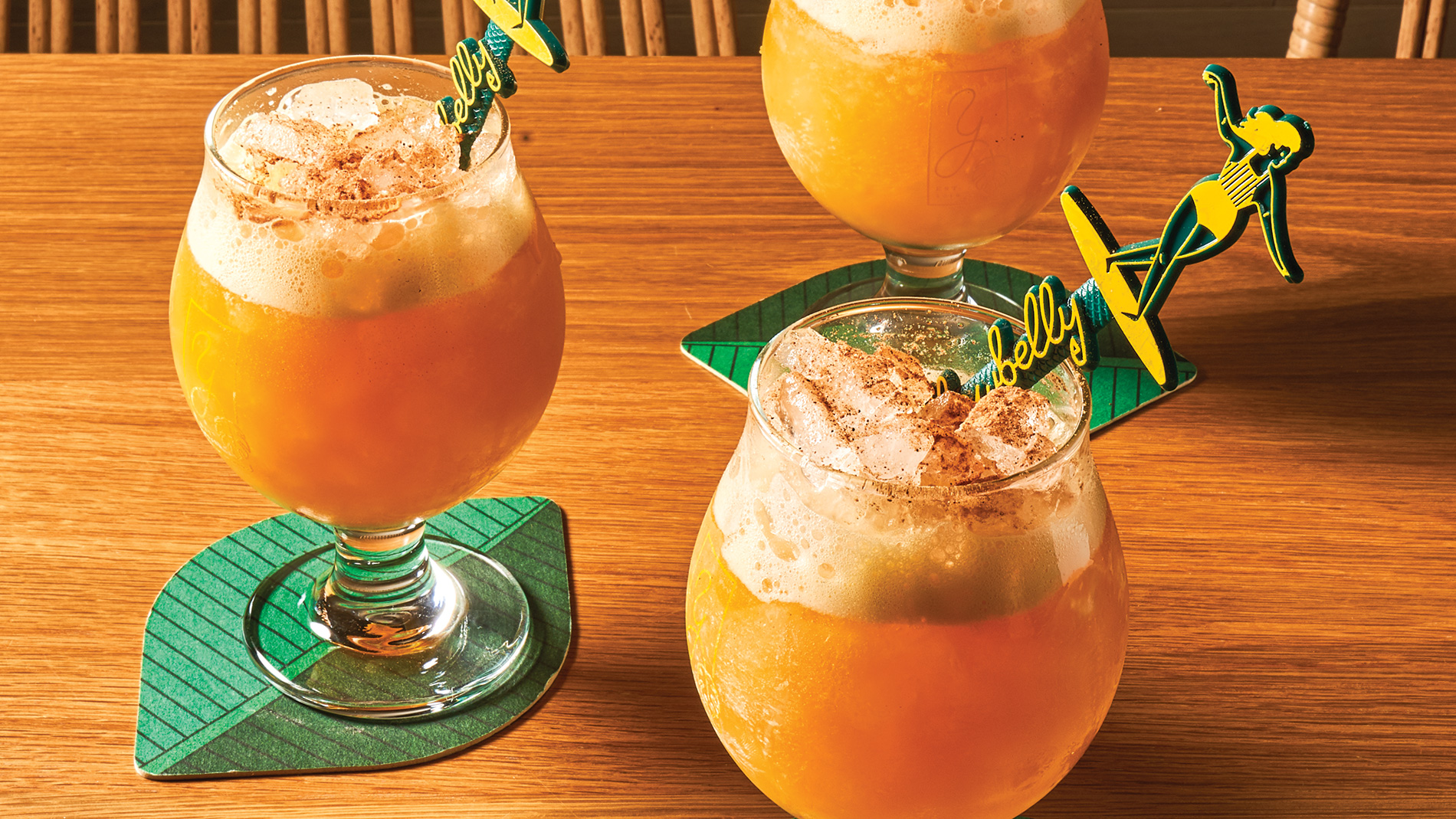 the lion's share is a popular sherry-based cocktail at yellowbelly. photo by izaiah johnson

Sherry is moving from occasional extra in the St. Louis cocktail scene to a supporting actor with significant roles on menus all over town.

Before its reputation as a sauce ingredient found in Grandma’s pantry, the Spanish fortified wine was known for spicing up a cocktail. The classic Bamboo, which utilizes dry fino sherry as the base ingredient, dates back to the late 1800s.

Now local bartenders – from Olive + Oak and Planter’s House to Taste and Yellowbelly – are rediscovering how great sherry can be as a base spirit or supporting component in cocktails.

It caters so well to cocktails because of its versatility. Sherry can be dry to sweet, thin to syrupy, tart to rich and light to dark. Rooted in the Spanish city of Jerez de la Frontera, most are made from the white Palomino grape and all are fortified by the addition of a higher-proof grape spirit before aging.

Sometimes during aging, sherry creates a layer of yeast called a flor that provides a dry, salty quality – as in fino and manzanilla sherries. They can also oxidize for a long period of time, becoming dark and rich like oloroso sherries. Occasionally, sherry oxidizes after a flor is created, as is the case in Amontillado sherry.

Beyond its suitability for cocktails, sherry is a star as a straight after-dinner drink. It is relatively inexpensive and is often sold in smaller bottles, so testing different styles and finding the perfect match for a palate is an accessible endeavor.

• Combine the sherry, rye and bitters in a mixing glass, fill with ice and stir 20 seconds. Strain the cocktail into a coupe and garnish with the cherry.

• Combine the sherry, brandy, Cynar, simple syrup, lemon juice and egg white in an ice-filled shaker and shake 20 seconds. Strain the cocktail into the small half of the shaker, dump the ice and shake an additional 20 seconds.

• Double strain the cocktail into a coupe, and express the oil of the orange peel by twisting it over the cocktail before garnishing.

Lion’s Share
Quickly becoming a classic at Yellowbelly, this cocktail is a tropical riff on a Sherry Cobbler.
1 serving

• In a small saucepan over low heat, combine the miso paste and orgeat and stir until incorporated. Let cool.

Taylor James is a bartender at Yellowbelly in St. Louis.

Sherries and spirits available at Intoxicology at 4321 Manchester Ave. in St. Louis.