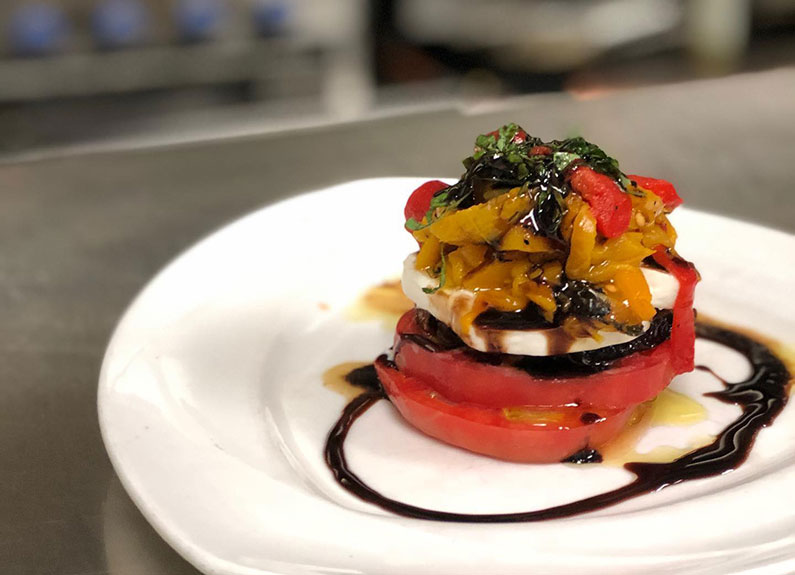 Napoli III to open at The Streets of St. Charles

Napoli III, the latest addition to the Pietoso family’s Napoli Restaurants, is coming to The Streets of St. Charles, a mixed-use development located at 1450 Beale St. The restaurant’s construction will conclude in December and the opening is planned for December or January, pending conditions related to COVID-19. The opening, which would have been announced in February, was pushed back due to the onset of coronavirus.

The Streets of St. Charles features an eclectic mix of workplaces, entertainment venues and restaurants. Though a variety of cuisines are available in the commercial district, Pietoso noticed a gap in the market for Italian fare. “We don’t pick a location lightly,” says Kye Pietoso, who co-owns Cafe Napoli and Napoli 2 with his brother Ande. “We love the diversity of offerings and the community [at The Streets of St. Charles].”

The Pietosos originally hail from St. Charles, but in 1994 they moved to be closer to Cafe Napoli in Clayton so that Kye’s parents, Tony and Kathy Pietoso, could have a shorter commute. Pietoso is excited to bring the family business to St. Charles. “Not only will this location be closer to our family, but this is a location we’ve been eyeing for a long time,” he says.

Frequenters of Cafe Napoli and Napoli 2 can expect fan favorites on the menu, including Cafe Napoli’s three-year-old veal chops, spaghetti Bolognese, penne alla vodka and spaghetti carbonara along with dishes that offer fresh seafood. Chef John Berger currently helms the kitchens at Cafe Napoli and Napoli 2 and will also help to craft the menu at Napoli III. “He’s a high school friend of mine and came on as a dishwasher one night and he’s worked here ever since,” Pietoso said.

Napoli III seeks to celebrate both the cuisine and the atmosphere that makes Cafe Napoli and Napoli 2 so popular. While Cafe Napoli serves dry pasta and Napoli 2 serves fresh pasta, Napoli III will serve both, allowing patrons to choose between the two.

A bar will sit squarely in the center of the main restaurant, a 4,500-square-foot space with roughly 120 seats and rows of booths flanking the windows on the main room’s perimeter. There will also be 3 private rooms (one of which will also have access to a private patio) available to rent for rehearsal dinners, cocktail parties and other private events. In order to extend their capacity for outdoor dining into the cooler months, Pietoso plans to make Napoli III’s patio a four-season room that can seat around 40 people.

Pietoso wants Napoli III to be a perfect in-between space, appropriate for both a casual family dinner on a Sunday night or a Wednesday night dinner with colleagues. “Since [COVID-19] began, I’ve missed the energy of a dining room, hearing glasses clinking and people laughing and having a good time. We want [Napoli III] to be a little glimpse of something positive to look forward to,” he says.

Nonprofit organization ​Materializing and Activating Radical Social Habitus Cooperative​ is launching its own storefront grocery in ...