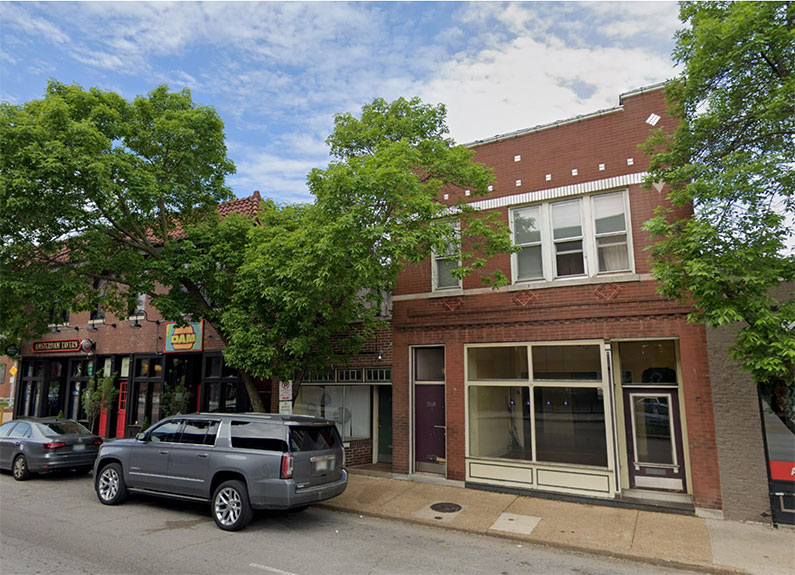 The new restaurant is located at 3169 Morgan Ford Road in the Tower Grove South neighborhood. “It’s right next to Amsterdam Tavern, which is so convenient,” said Lyell, who has 13 years experience working in Amsterdam Tavern’s bar alongside Stelzer. The two restaurants have adjoining beer gardens, making it the perfect outdoor seating spot.

Tres Equis, which translates to "three Xs" in Spanish, comes from the three Xs in Amsterdam Tavern’s logo. (The city of Amsterdam’s shield has three Xs on it.) When asked about the name of the restaurant, Lyell recalls thinking, “Why don't we call it three Xs, Tres Equis, and keep with the X theme.”

They wanted to set up the restaurant for “people to get in and out. We’ve got a stand-up bar area and a few seats in the restaurant,” making the adjoining beer garden the ideal place to take your margarita and tacos. “With Amsterdam Tavern being next door, you’re going to be able to take your food over there and eat it, and basically just be able to go back and forth between the two.”

Chef and co-owner Tyler Garcia of local food truck Locoz Tacoz is in charge of the food at Tres Equis. “There’s going to be a quite a bit bigger menu compared to their food truck,” Lyell said. “They plan on starting off slowly, but, as time goes on, new menu items will roll out.” However, the same menu that’s been served from the food truck will be available right away; expect to see items like fish tacos, chicken tinga tacos and al pastor tacos to start.

Aside from the kitchen at Tres Equis, the bar will feature many fan favorites such as sangria, margaritas, a full list of Mexican beers and an exclusive beer on tap from Urban Chestnut Brewing Co. called the Tres Equis Especial. “We didn’t want a giant menu of drinks, we just wanted to keep it nice, neat and tidy so people can find their favorite drink,” said Lyell. “We will have our margaritas ready to go in individual to-go containers like a Capri Sun for people if they just want to grab their tacos and eat wherever they want.”

Currently, the plan is to be open from 11 a.m. to 9 p.m. but hours may change in the future, including potentially closing earlier on weekdays but later on weekends depending on demand. “Eventually on weekends, when there are big matches on the weekend, we’ll open at 6 a.m. and serve breakfast tacos so all the soccer fans have something to eat,” Lyell said. “The neighborhood is excited for it and so are we. I mean, who doesn’t want tacos?”