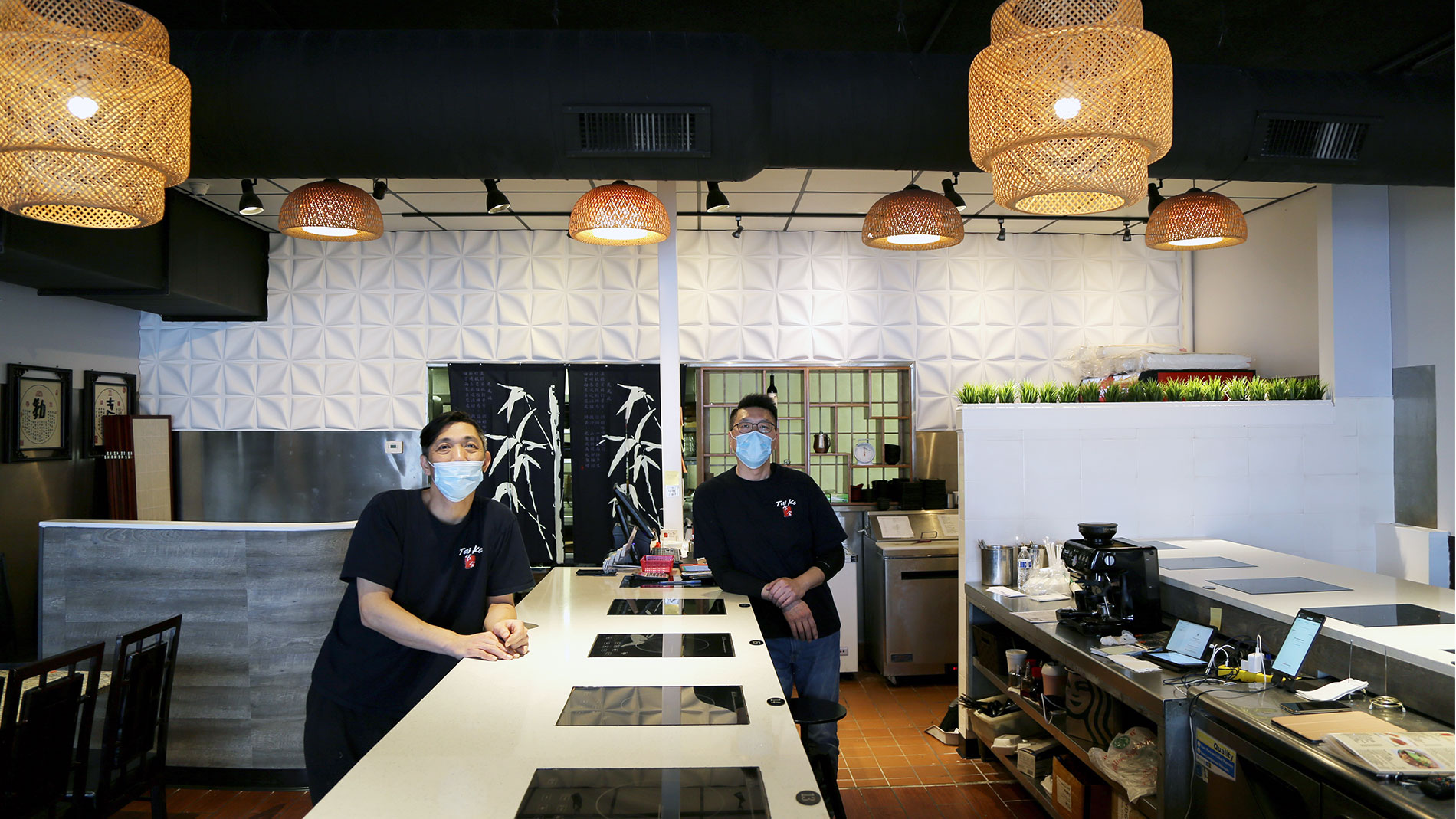 Tai Ke Shabu Shabu opened on Jan. 1 at 9626 Olive Blvd. in Olivette after the original Tai Ke location permanently shuttered. The new spot draws from the original Tai Ke menu with the addition of the shabu shabu menu. Shabu shabu is a Japanese-style dish served with thinly sliced, raw protein that diners cook at the table inside a simmering pot of broth.

Favorites from the original Tai Ke menu remain, like the sweet and sour fish, traditional stir-fry or the chile stir-fry shrimp, but chef-owner Calvin Koong wanted to add hot pots and woks to the menu. “Usually we eat these in the winter, and it helps to warm your belly,” he said.

The new space in Olivette features a bar with induction cooktops. Diners are invited to sit and order a hot pot or wok, which the server will bring out and set on the induction cooktop. The woks come already assembled, with broth and cooked meat inside and are kept warm on the induction tops; they are meant to be eaten like a stew. The hot pots are served as a pot of clear broth that simmers on the cooktop, accompanied by a platter of raw proteins that diners place in the simmering broth and cook themselves.

The wok menu consists of two items. The ginger-duck wok features a broth made with angelica and licorice roots, ginger and rice wine, in which the duck is simmered. The mutton wok — Koong’s favorite — sees braised mutton served in a broth with rice wine, ginger, dates and goji berries. “Goji berries are good for your eyes,” Koong said with a smile.

The hot pot menu is significantly bigger. One vegetarian option, the mushroom hot pot, is served with a vegetarian broth. All other hot pots come with the same house-made pork broth, which is fragrant and steeped in flavor from ginger, radish and dried scallops. Available proteins on the hot pot menu include sliced lamb, lobster and sliced pork. The seafood hot pot comes with shrimp, clams, white fish and crab; dunk the proteins in the simmering broth, cook and eat. The menu is customizable as well, with tofu, mushrooms, squid, sticky rice and dumplings available as add-ons.

The space is bright, with special design touches that Koong himself worked on. One wall is covered with rope draped in a beautiful pattern, while another wall is covered in carefully placed beer bottle caps. “We tell diners to save the beer bottle caps so we can complete this wall,” Koong said. The space, which seats 72, is currently operating at 25% capacity for dine-in and is open from 11 a.m. to 9 p.m. every day except Tuesday. 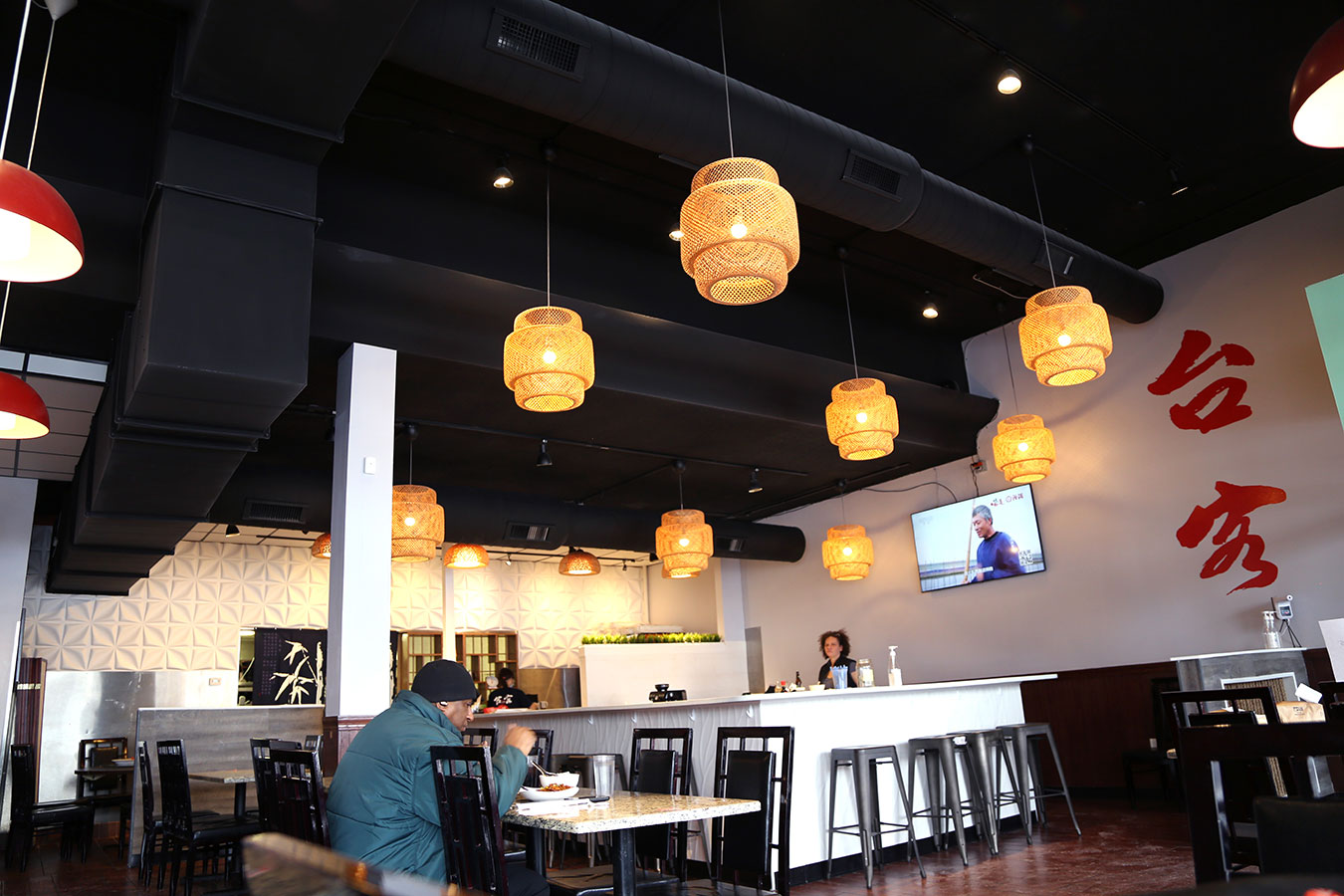 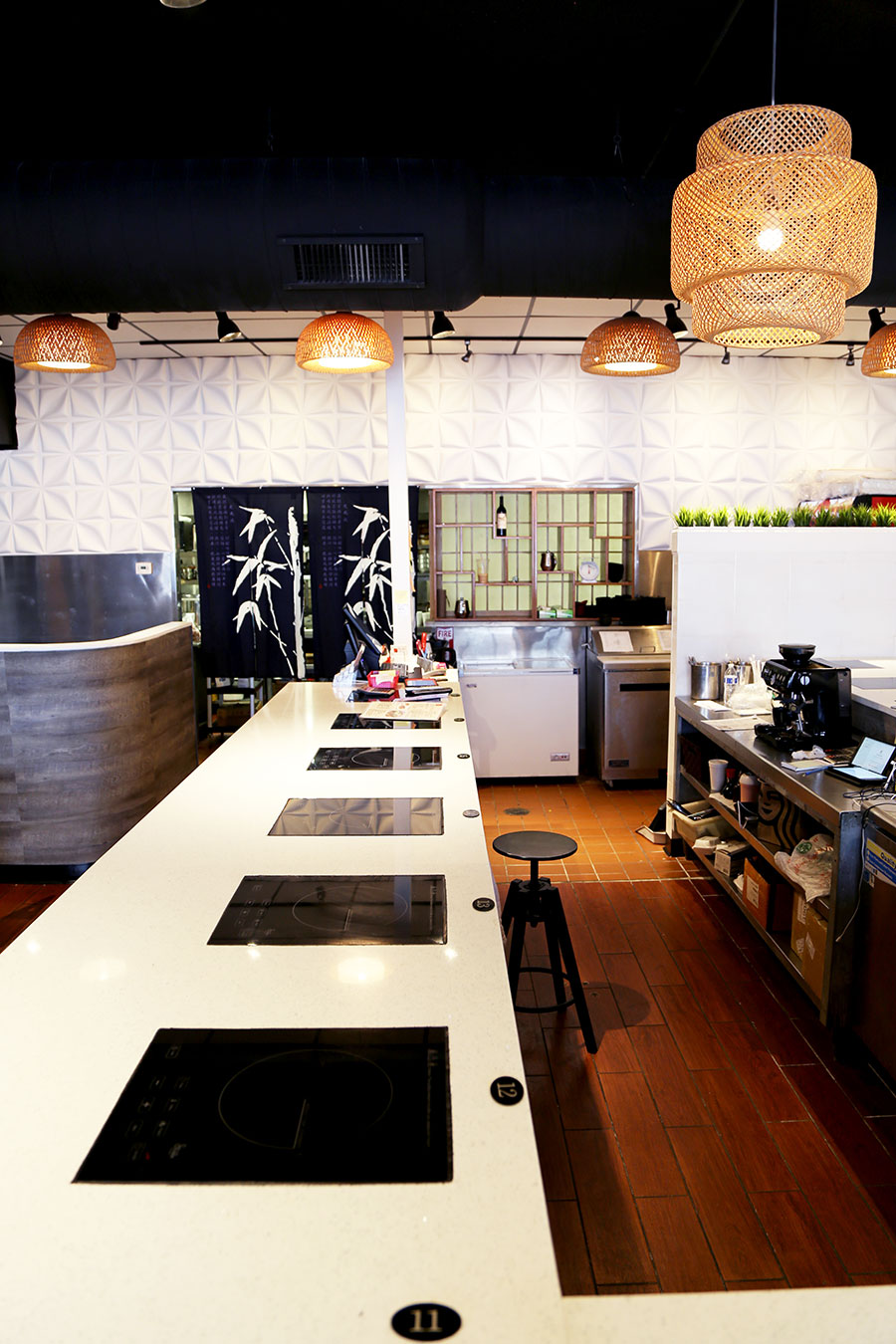 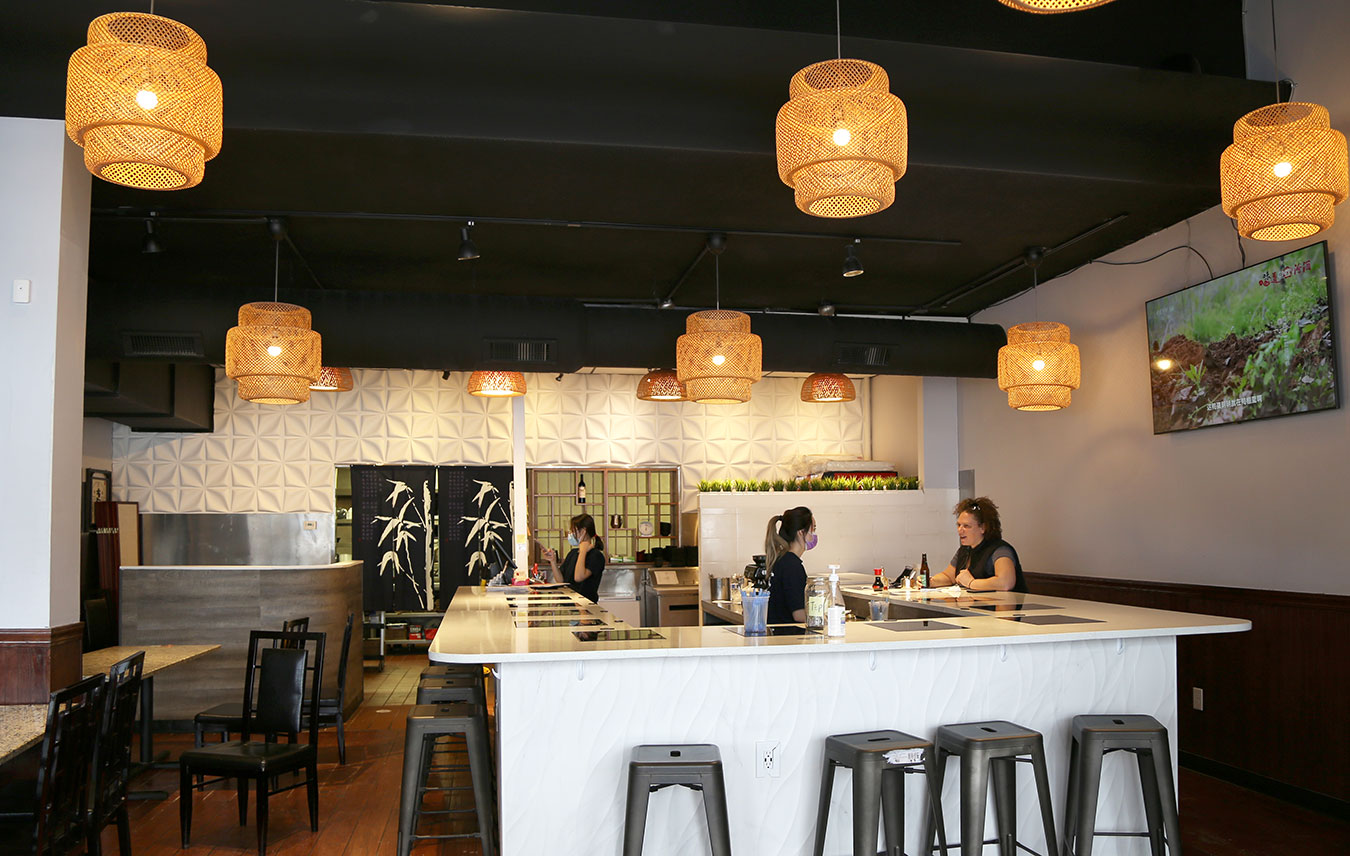 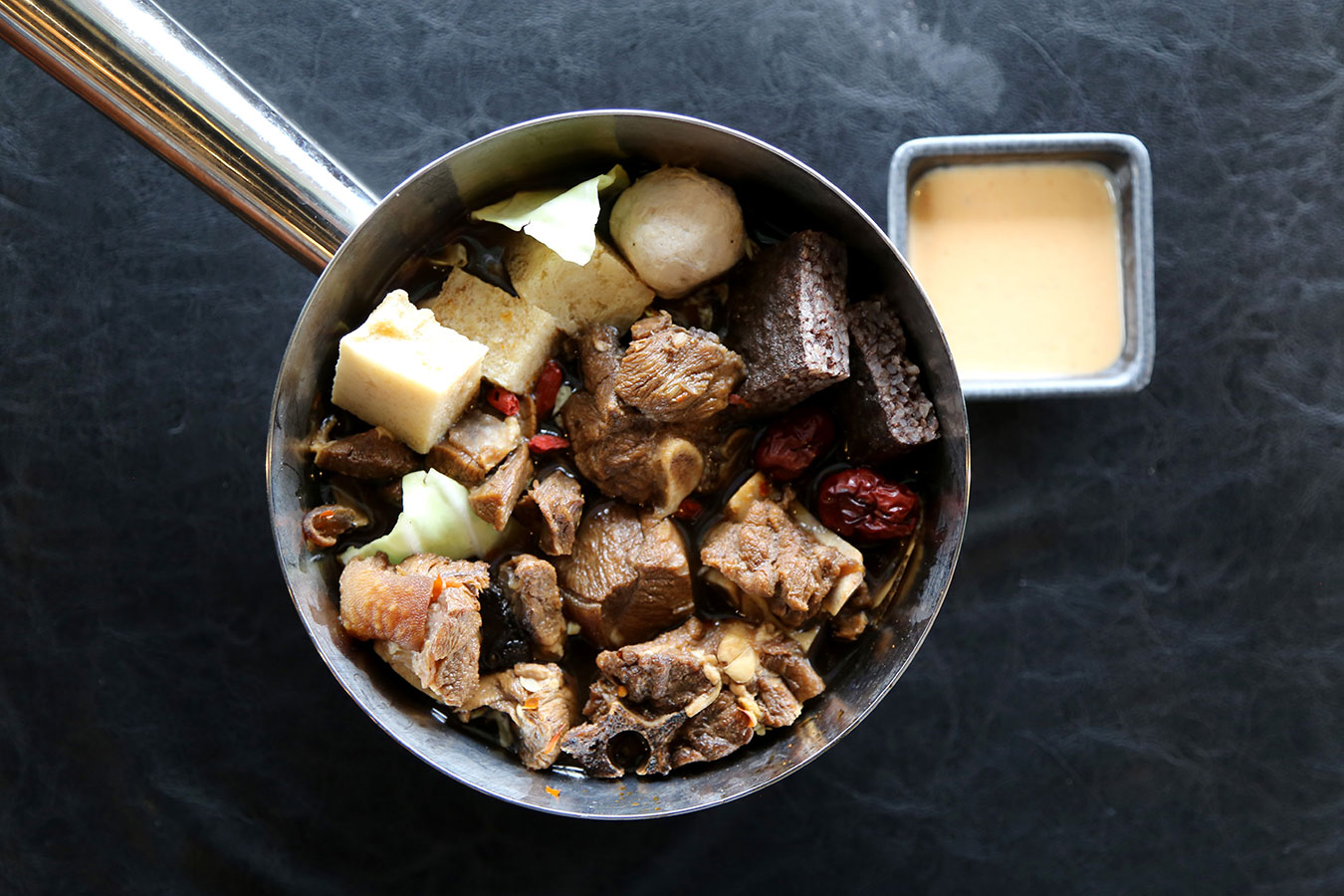 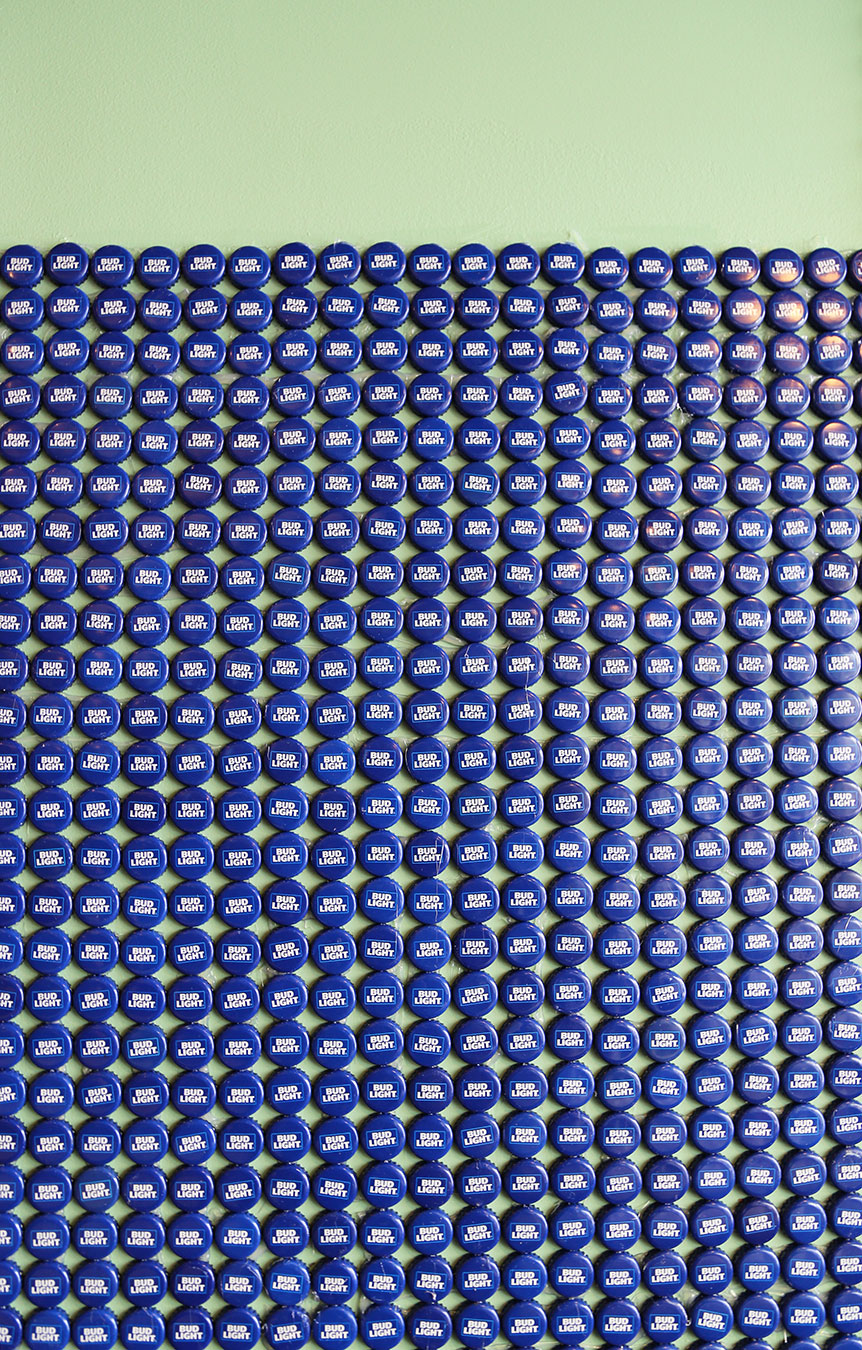 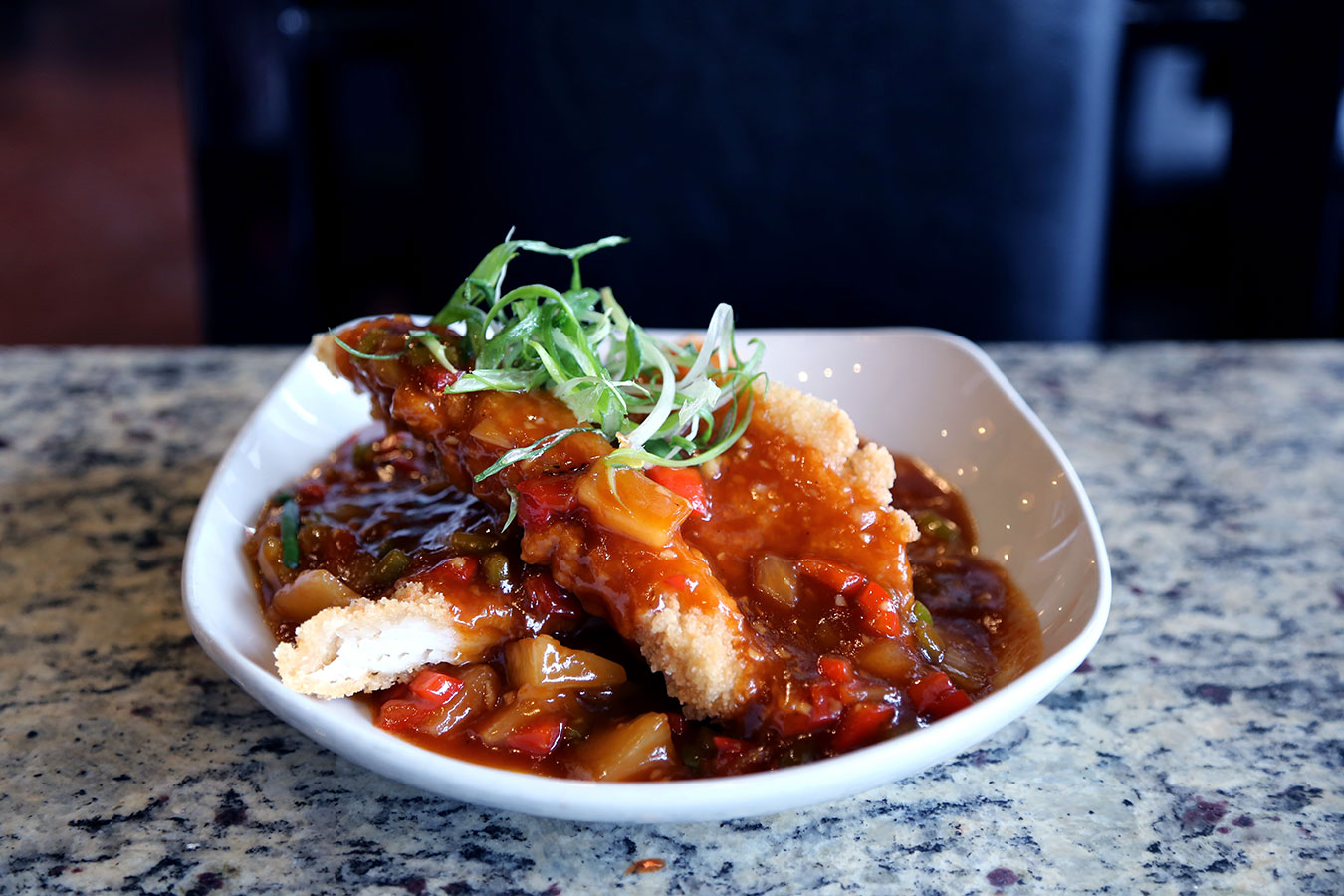 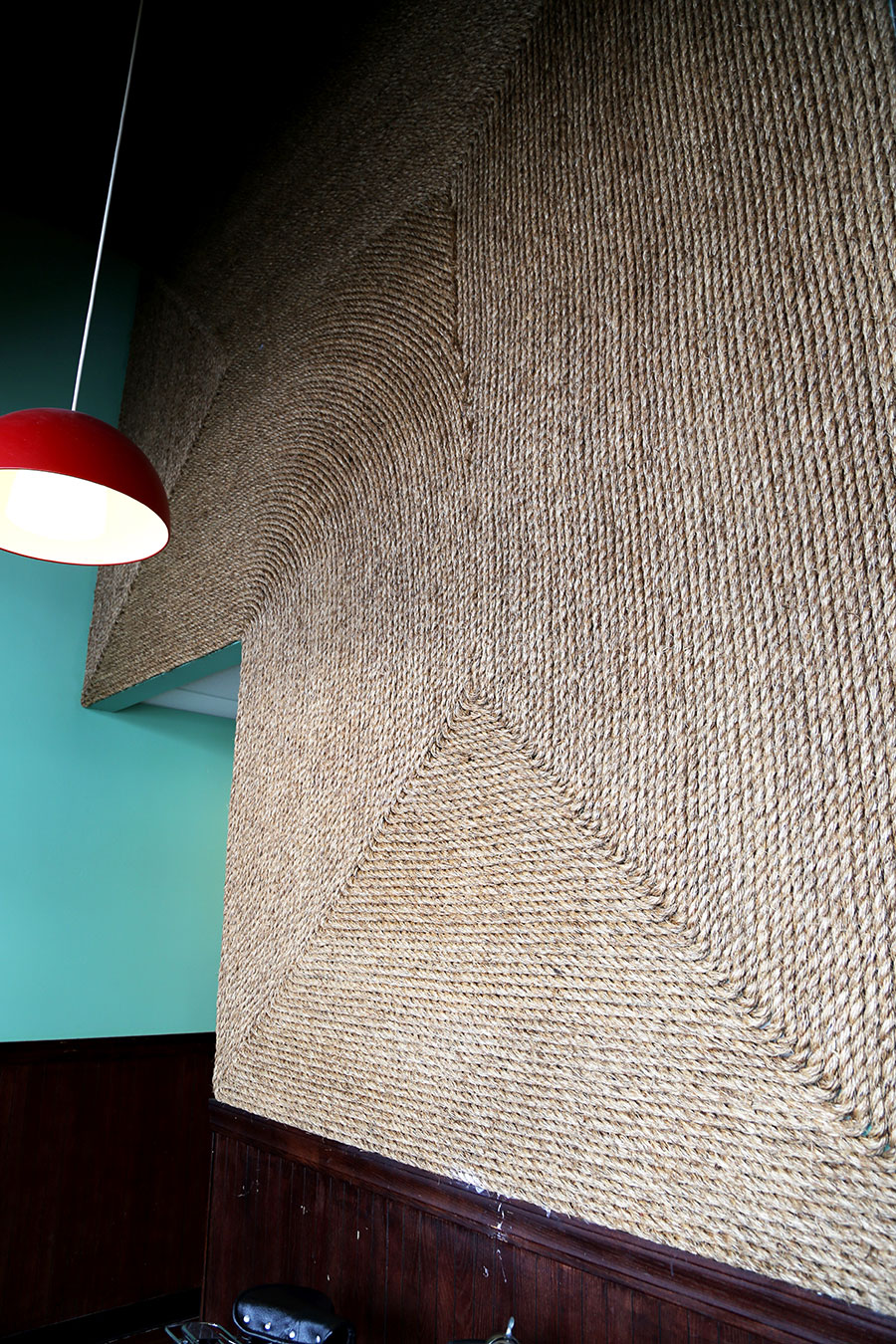 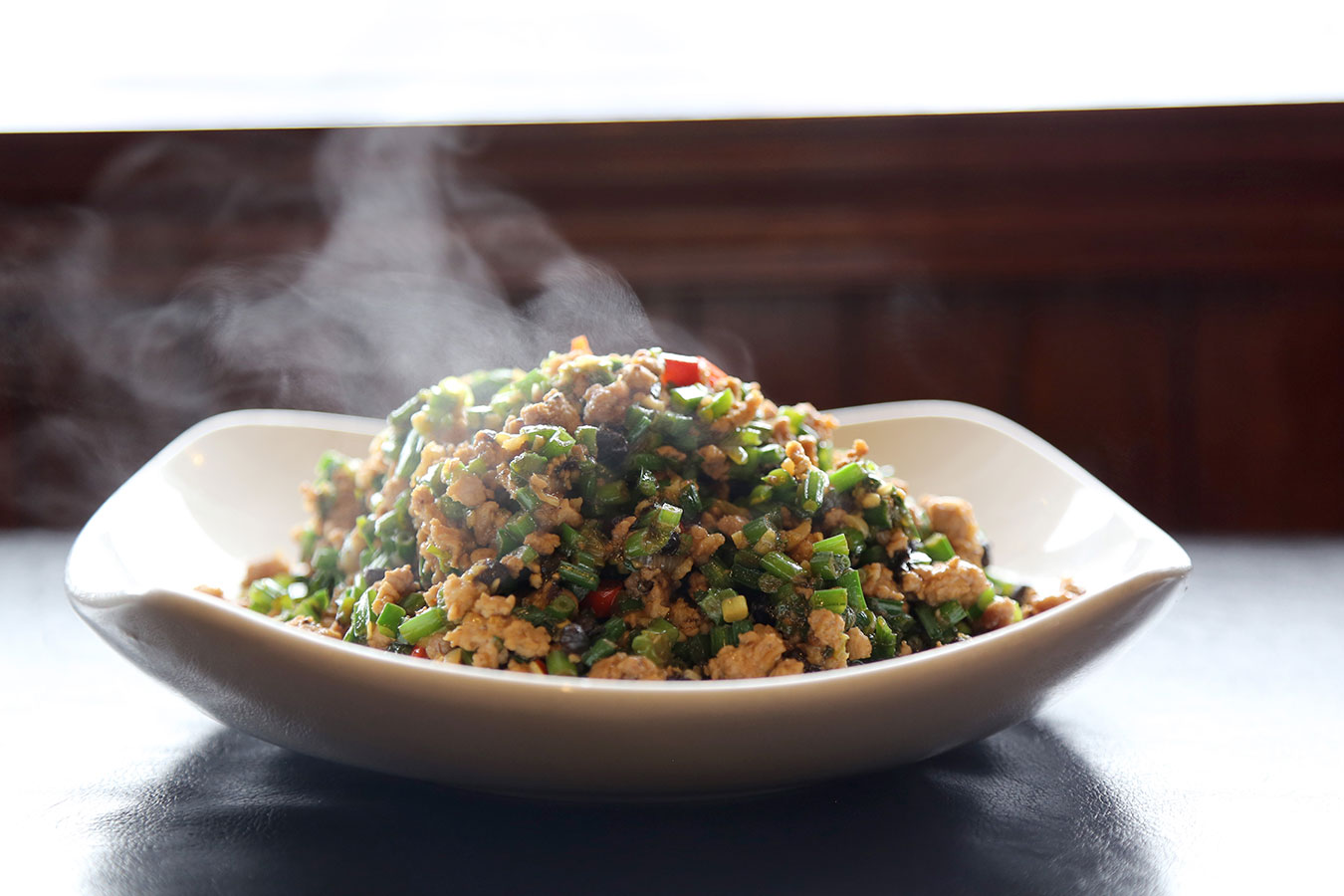 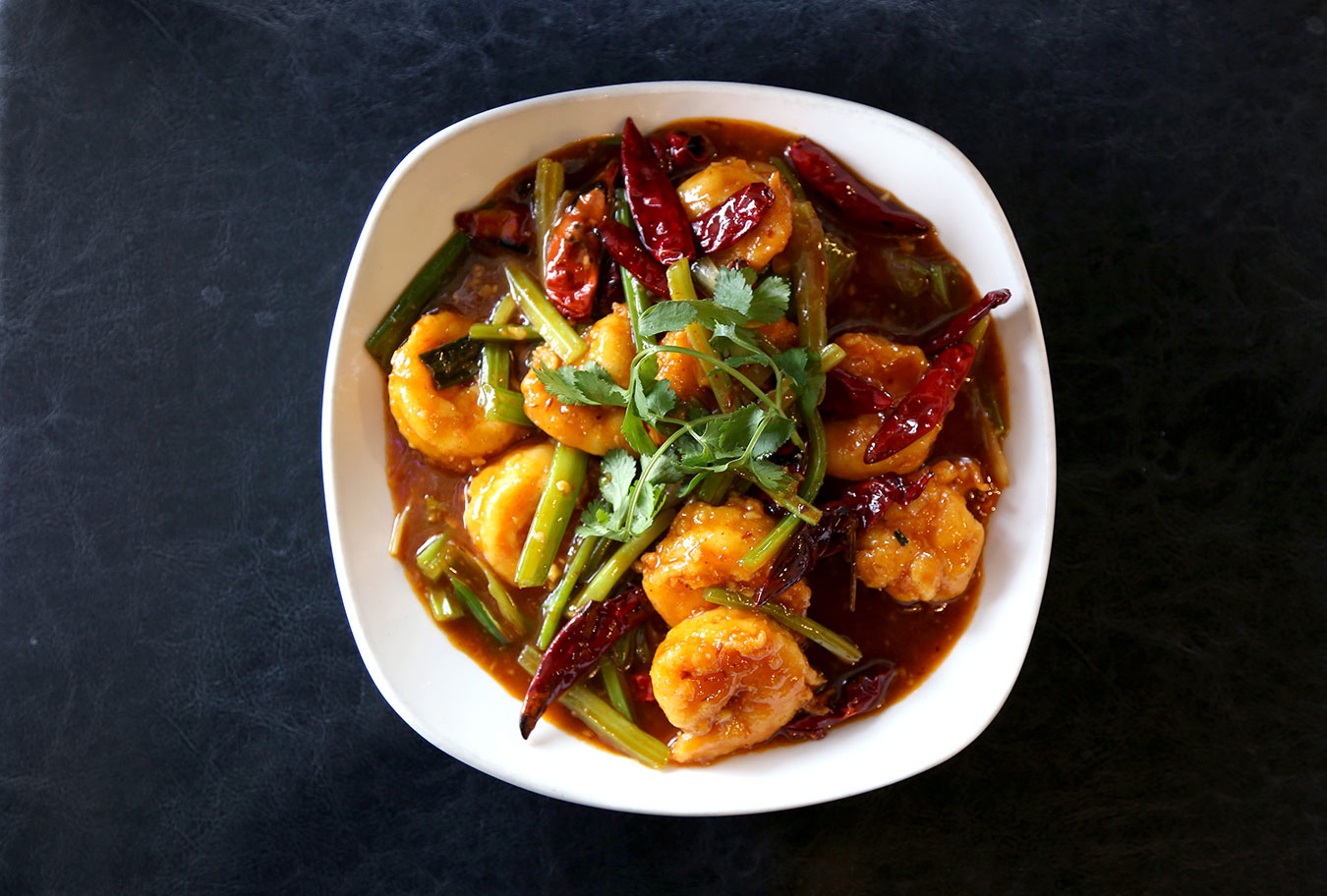