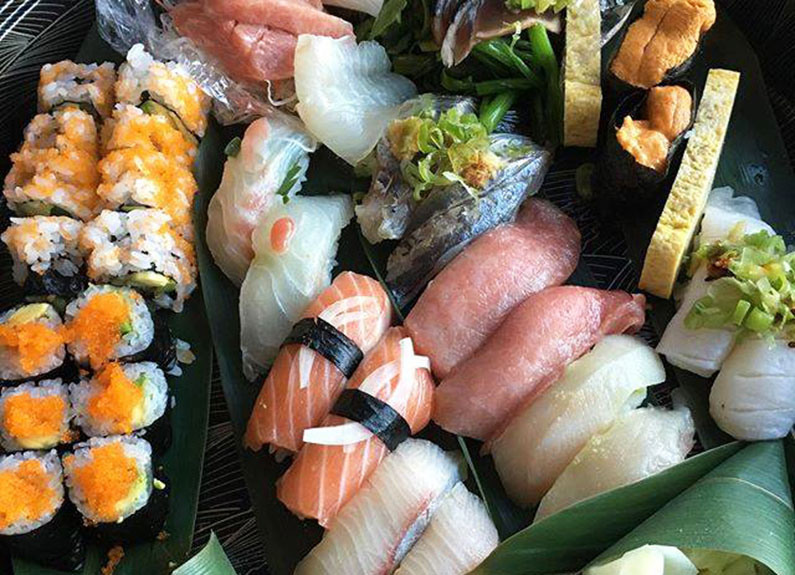 One of St. Louis’ oldest sushi restaurants is moving to a new location in a few months. Nobu’s Japanese Restaurant, which was located at 8643 Olive Blvd. in University City from 1990 until this June, will soon reside at 6253 Delmar Blvd. in the Loop in the same building as United Provisions.

The new spot is slated to open in late 2021 and will offer a more focused menu. “We used to be a restaurant that used all these proteins, and it’s a lot to handle and specialize on, so we’re sticking to seafood,” said George Schinichi Kidera, Nobu's co-owner, chef and operator. “Before, we were a family restaurant offering comfort foods, but now we’re focusing on sushi, specifically, sashimi and nigiri.”

A selection of seafood-focused a la carte dishes will also be available upon reopening. On the beverage side, they plan to offer cocktails, spirits, beer, wine and a selection of sakes.

The restaurant is also getting a total makeover. Assisted by interior designer Sasha Malinich, Nobu’s will have a warm and welcoming vibe, which Kidera describes as “tasteful-casual.” The space is on the smaller side at 964 square feet, and Kidera and Malinich are trying to be efficient and make the most of the space.

Malinich’s talents have already been showcased in St. Louis restaurants such as Edera Italian Eatery, Winslow's Table and the now-closed Sardella. Malinich is hugely inspired by travel and incorporates international design in his work. “The direction for the design is modern Japanese, lighter woods, earthy tones, warm lighting,” said Kidera. “For our family, being Japanese, Sasha really wants to emphasize that when you come to the restaurant you get the sense that you’re in a unique atmosphere that will really convey the sense of being in Japan.”

A family-operated “mom and pop shop,” Nobu’s loves serving the St. Louis area, according to Kidera. “We kept our doors open, we didn’t close, every possible day, we kept our doors open throughout the pandemic,” he said. “We pulled through it and are very glad that things are on the road to recovery.”

The restaurant’s initial focus will primarily be on dine-in business rather than takeout and delivery during its reopening period, but this may change later on depending on the demand in the new location. Nobu’s will be open during the week from 5 to 9 p.m. and weekends from 5 to 10 p.m. It will likely be closed on Monday and possibly Sunday as well.