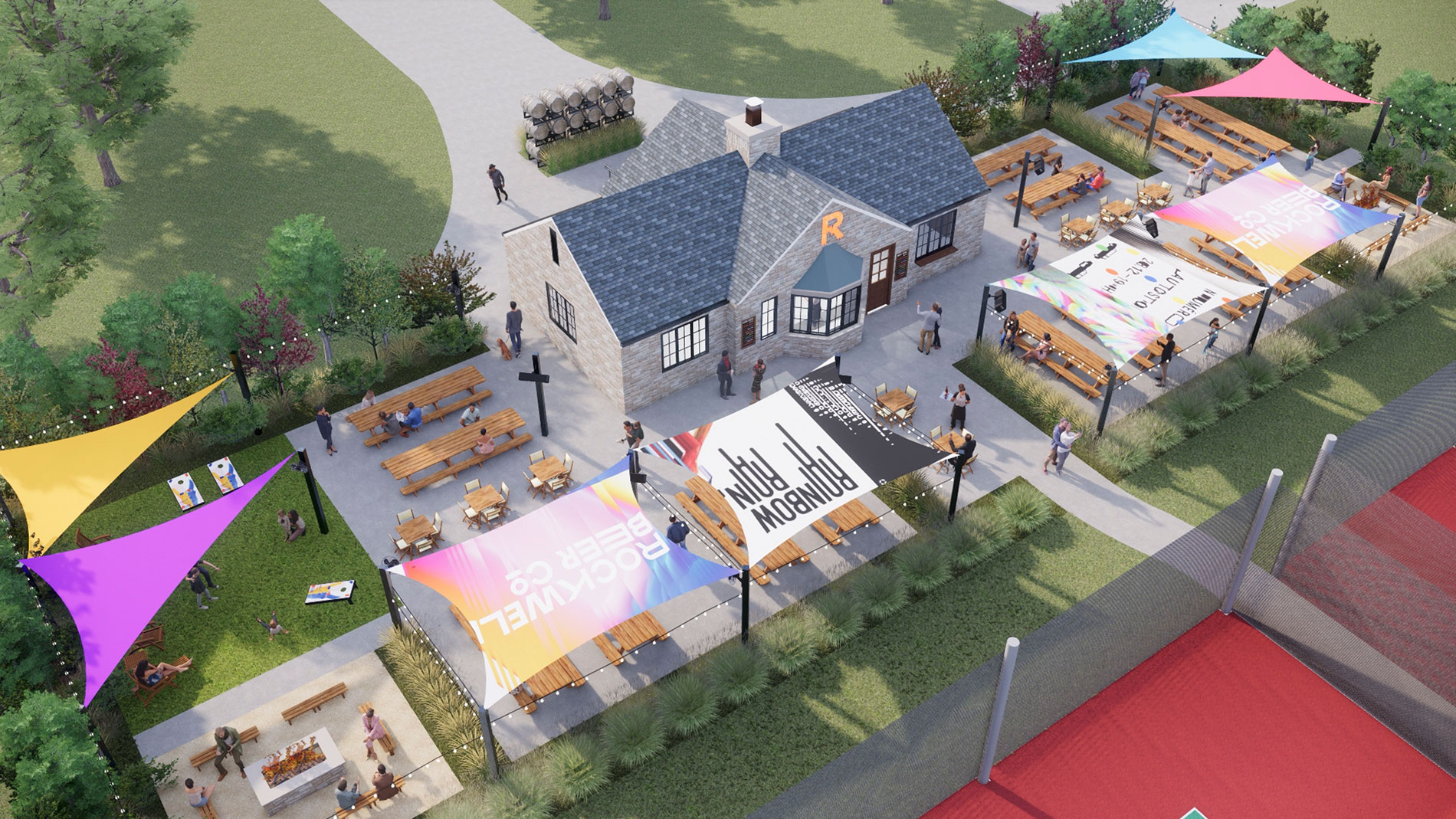 Local craft brewer Rockwell Brewing Co. has tapped chef Michael Petres to spearhead the food program at their new beer garden, located in Francis Park. The new location should be open in six to eight weeks following extensive renovations to a park building, a “comfort center” located adjacent to the park’s tennis and newly added pickleball courts. Features will include an expansive patio, fire pits, and an outdoor recreation area; pickleball equipment will be available for loan from the beer garden as well. Petres will be joined by longtime Rockwell team member Nancy Etzkorn, who will serve as general manager.

Like many restaurant industry workers, Petres had a difficult 2020. After being laid off from Niche Food Group, he found himself with a lot of time on his hands, looking for something to do. But as a Michigan-born, lifetime pizza obsessive, he knew that the time off could be used productively. So he started making pizza.

Petres quickly worked through a good dough recipe and mastered his Gozney Roccbox, a popular portable pizza oven. He did everything from Neapolitan-ish Margherita and pepperoni ‘zas to both pan and cast-iron Detroit-style. He’d previously made pizza at Porano Pasta before it closed in 2018. So when Rockwell approached him to discuss ideas for their new venture, pizza was a no-brainer.

The beer garden and Petres’ menu will bring something new and somewhat experimental to St. Louis Hills. With a 235-square-foot kitchen in development and a concession-stand vibe, Petres is trying to keep it simple; the pizza will be made in an electric deck oven, using naturally fermented dough and high-quality ingredients. “No hoods, no fryer, no gas,” Petres said of the kitchen. He added that he’s working on developing recipes for baked chicken wings and nachos to add to the menu, which will be difficult without those staple appliances.

But the core of the menu will be pizza, salad and dips; in his view, that’s what makes the most sense with Rockwell’s beloved beer program. “I love beer. I’m trying to learn more, but there’s a part of me that just thinks … it’s pizza!” he said, laughing. “It’s just good, beer-friendly food.” The menu will comprise around five pizzas: cheese, pepperoni, sausage and peppers, and at least one more veggie option. Rotating specials will be in the mix, and Petres’ secret-weapon smashburger pizza – which he described as “basically a Big Mac pizza” – may make an appearance. He’d also like to do a weekly Detroit-style offering. Pizzas will use Bianco DiNapoli tomatoes, and the pepperoni ‘za will feature Ezzo pepperoni and Mike’s Hot Honey.

Hummus will be served alongside bread made from the pizza dough, while two salads will be available also, including a garden salad featuring lettuce, radish, snap peas, pickled onion and Petres’ signature Rockwell Ranch. When asked what makes it “Rockwell” ranch, he kept his cards close to the chest, chuckling, “I made it for Rockwell.” And, for the record, he’s team ranch on pizza.

The beer garden will only offer outdoor seating, which will be weather-contingent, something Petres is aware could make operation precarious during colder and rainy weather. Still, they’re aiming to be open from 10 a.m. to 10 p.m., seven days a week.

“The space is really open and collaborative,” he said. “I want to be actually part of the neighborhood. I hope to be able to have a dialogue with people about what they want. I’d hate it if the people in the neighborhood were like, ‘We don’t go there.’” But when they taste his pizza, they will likely return. 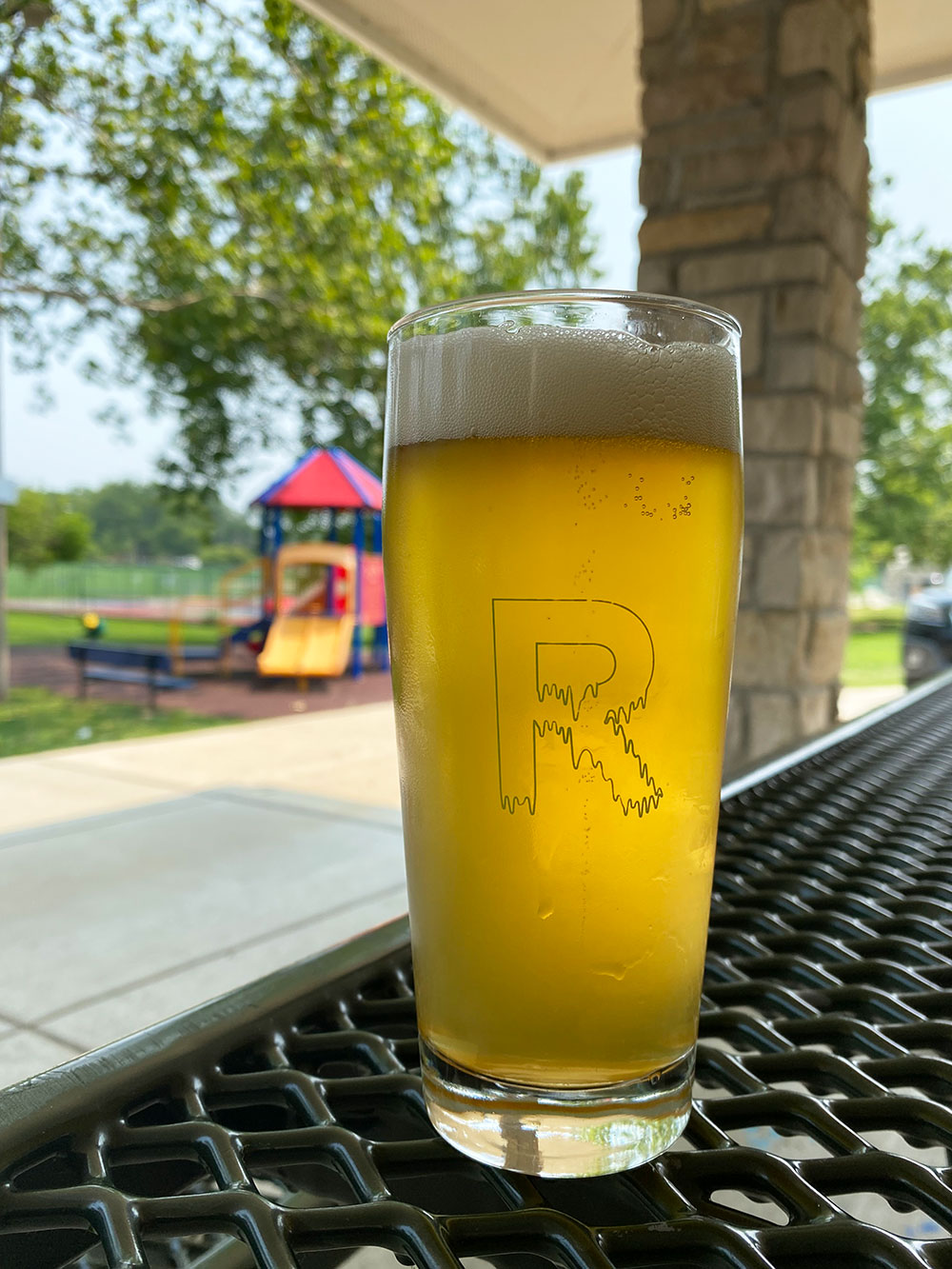 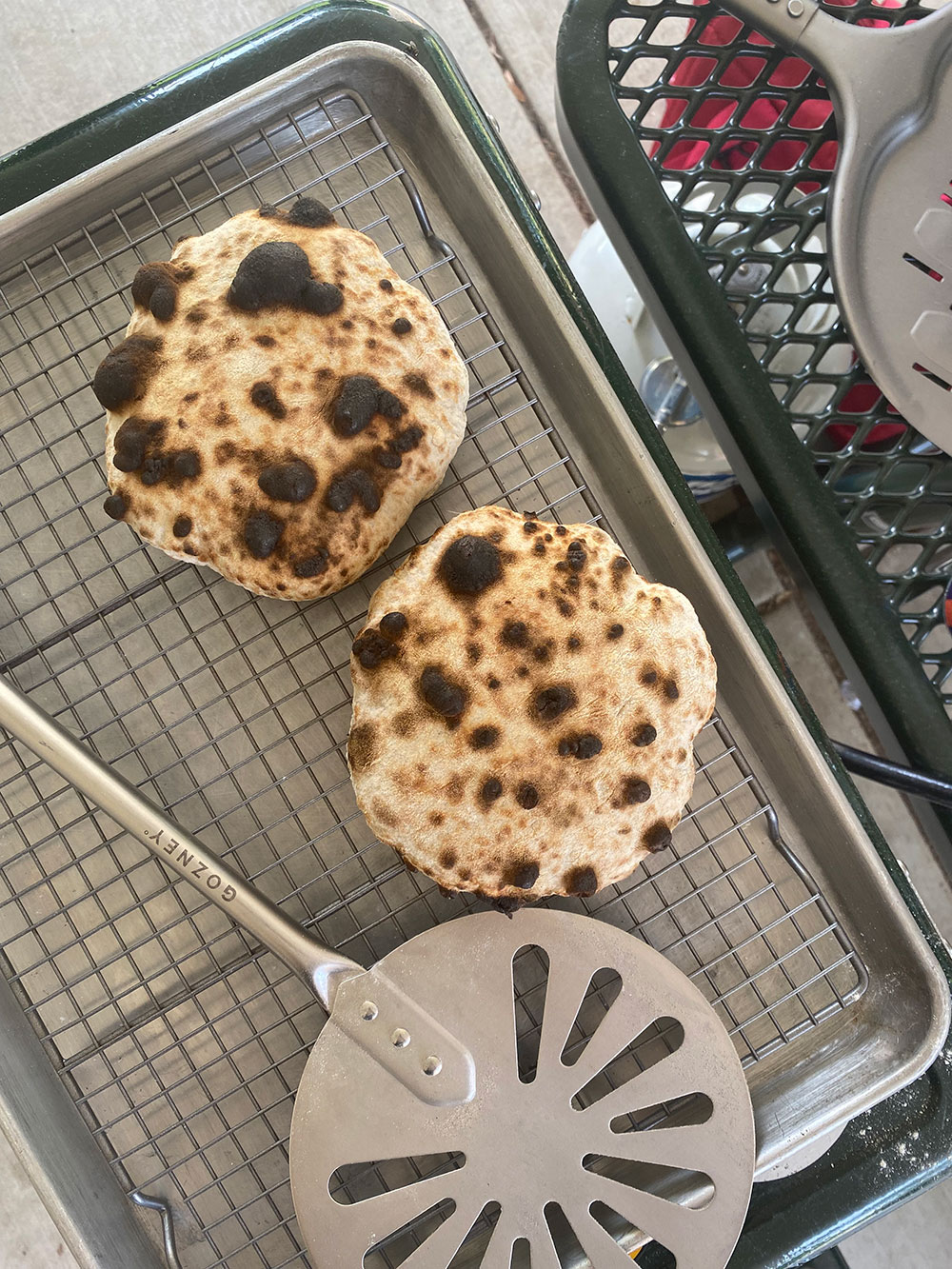 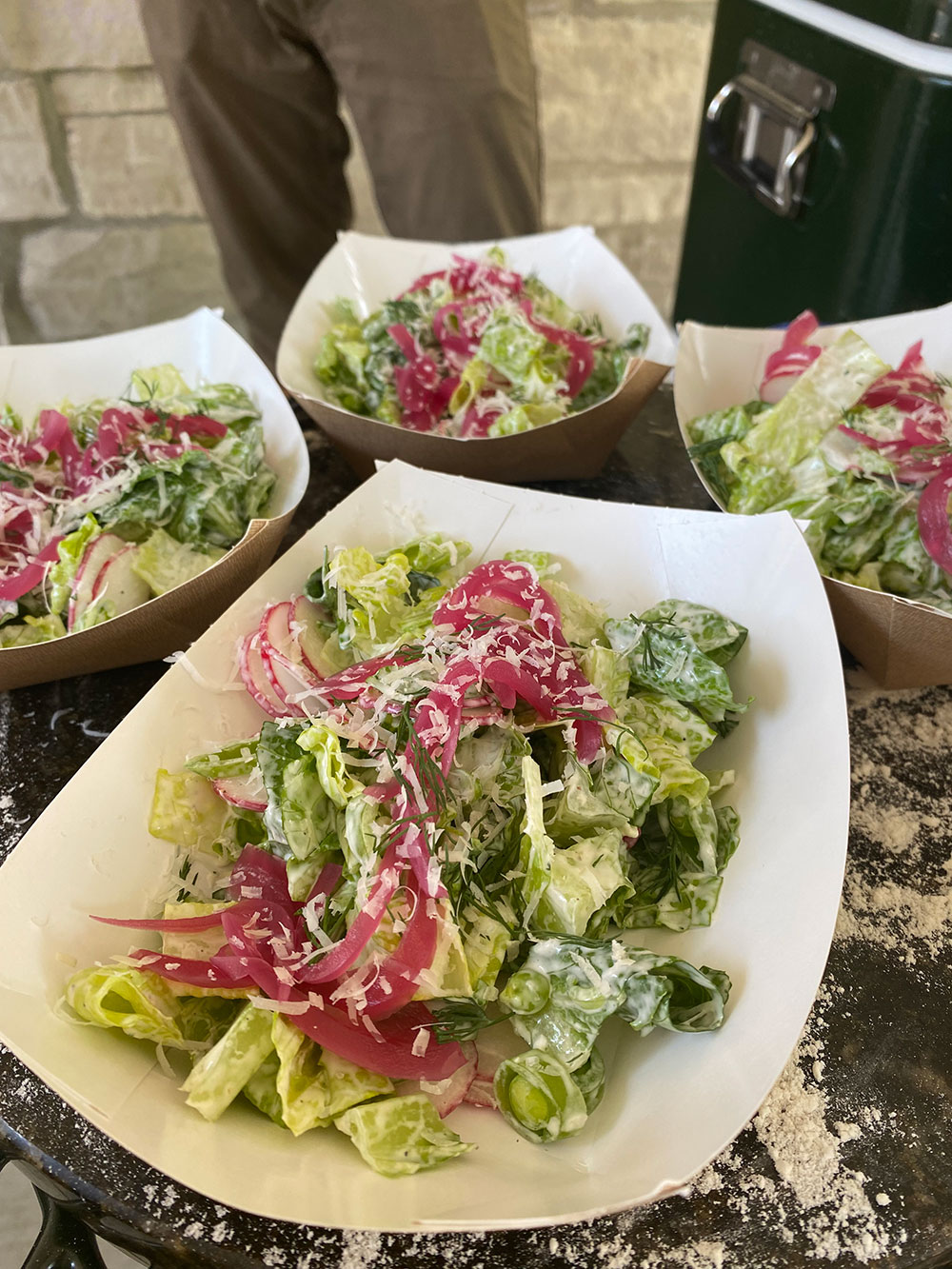 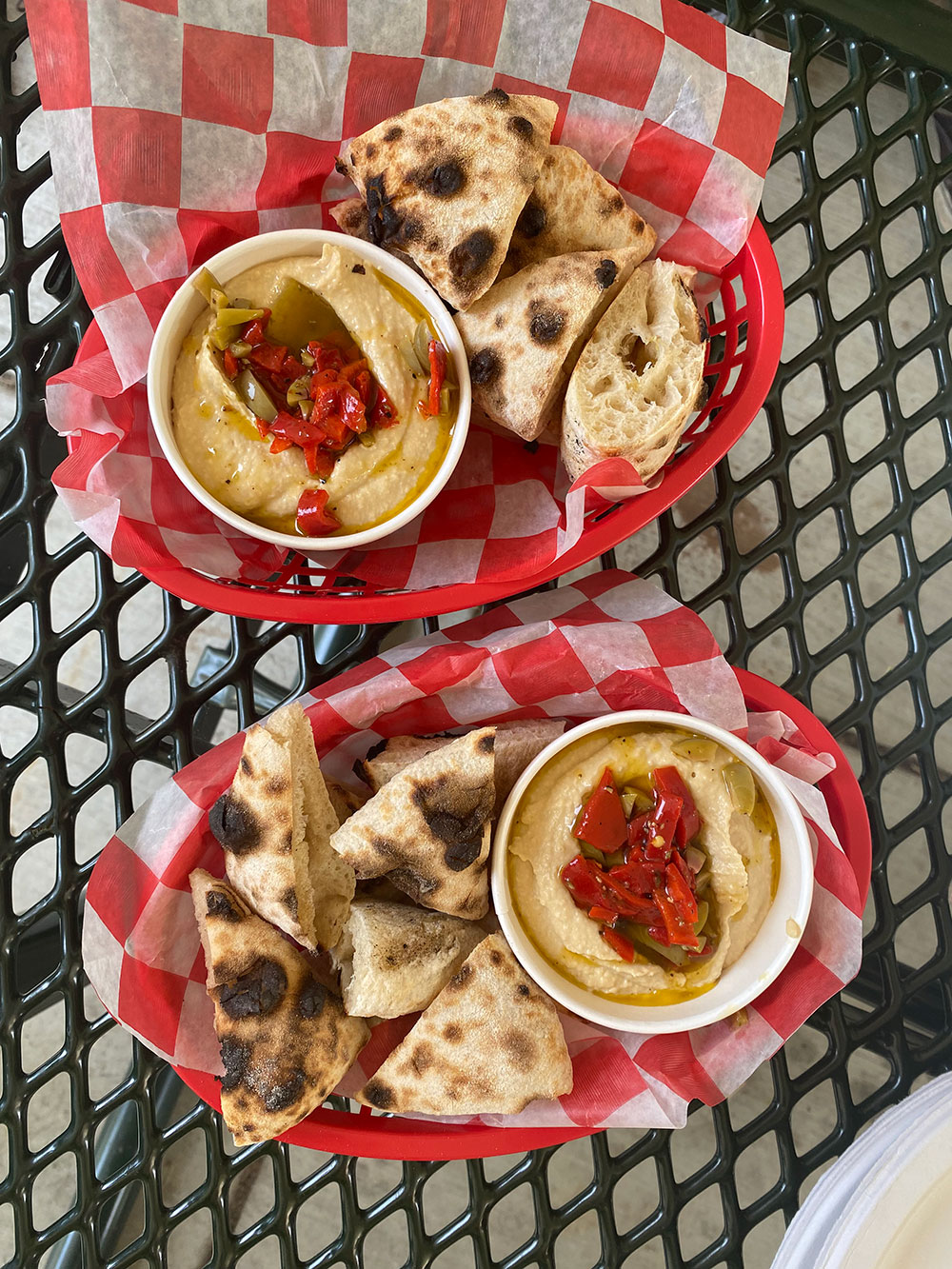 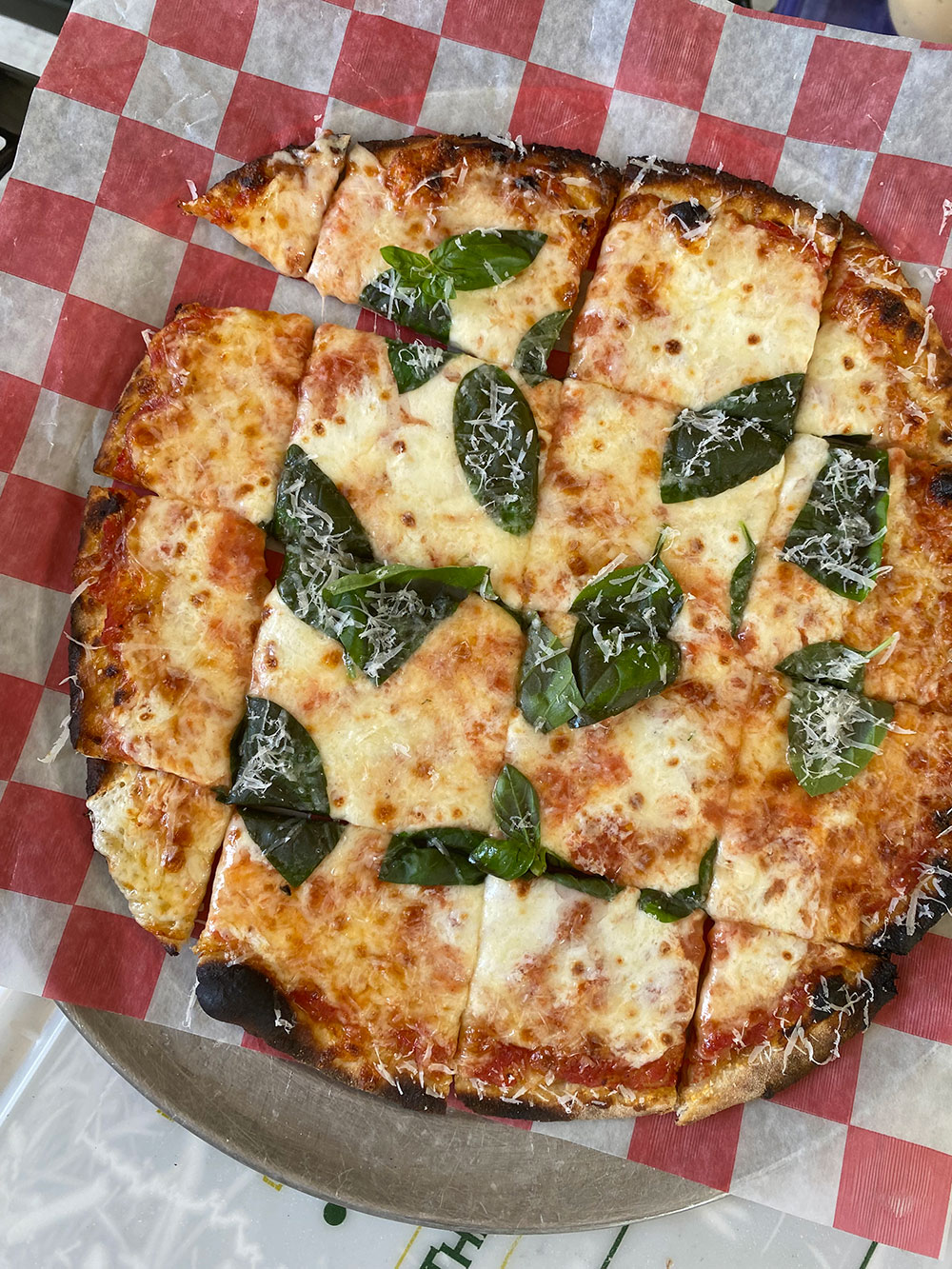 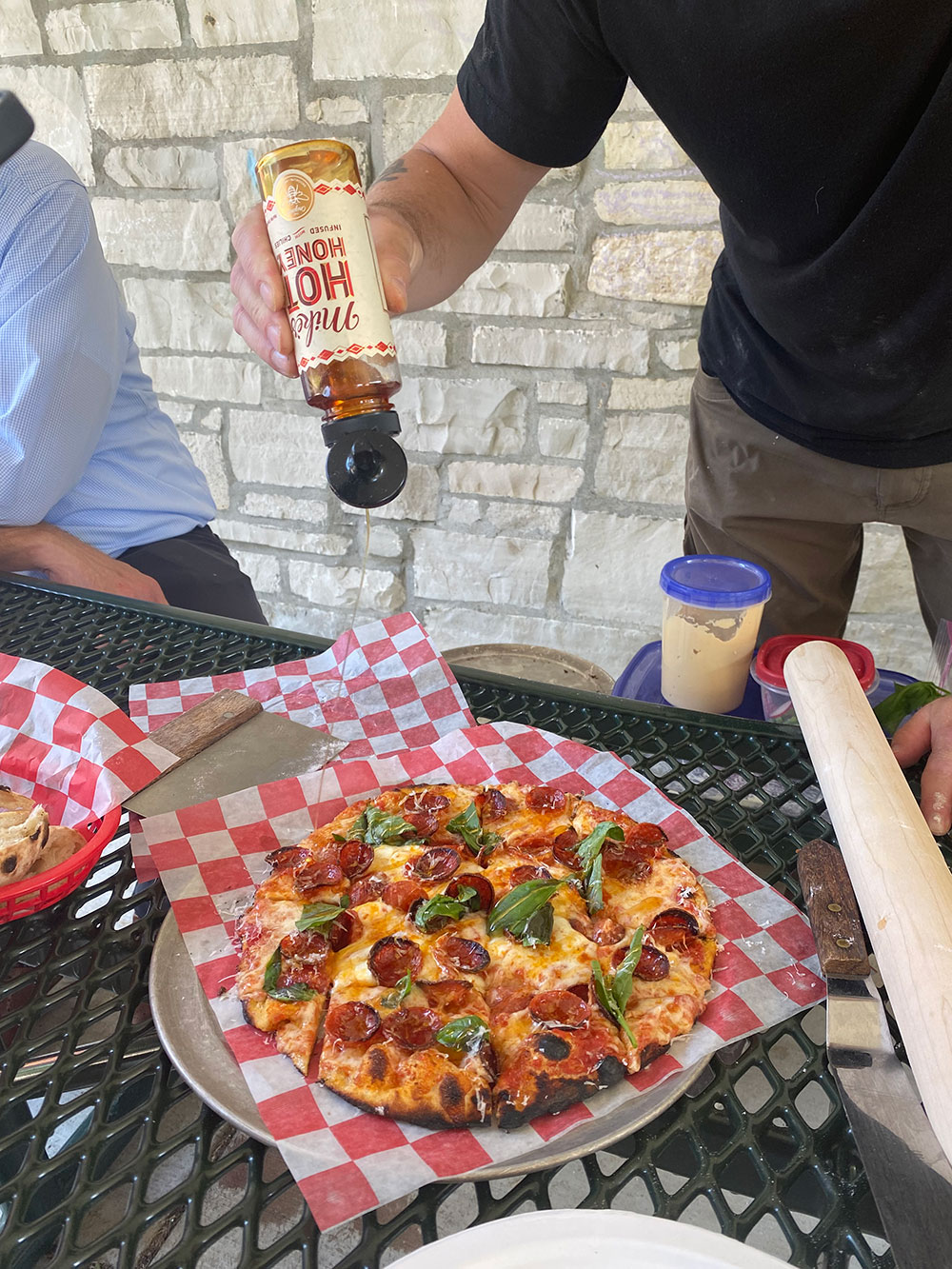 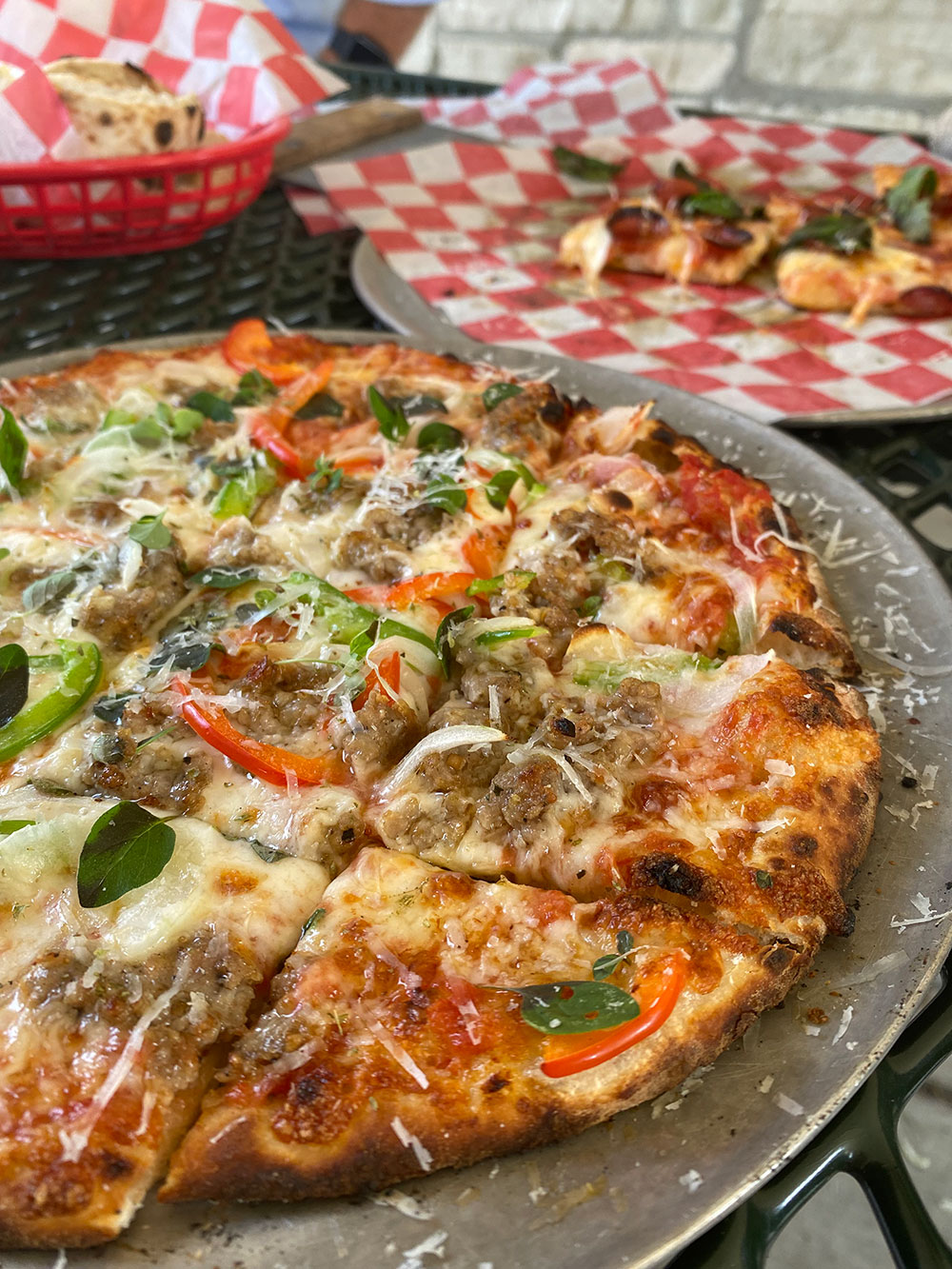