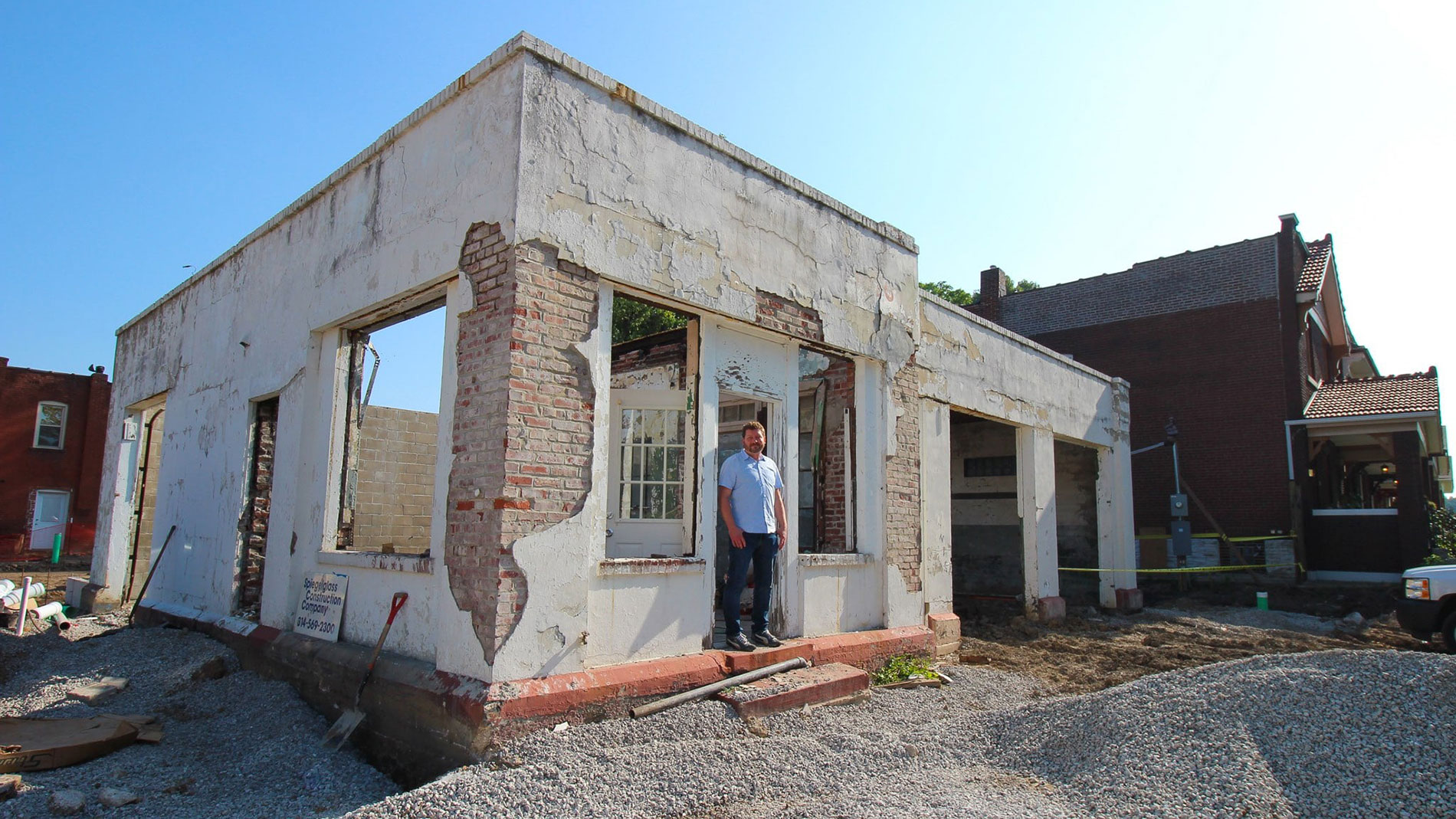 If you live in Tower Grove or drive down Shaw Blvd. regularly, you’ve undoubtedly seen the sign promising a second location of Baileys’ Range at 4175 Shaw Blvd. Finally, after years of planning, the much anticipated restaurant should open later this year, according to owner Dave Bailey. Bailey explained that the gestation stage was extended due to a combination of paperwork taking a while, materials being delayed, and, of course, the pandemic. But now, they’re ready to go. “They should be pouring the floors next week,” he said. “Walls should be going up.”

According to Bailey, the 1,100-square-foot service station currently residing in the space will undergo an historic rehabilitation, with additions coming to the back of the building; eventually, Baileys’ Range should reach 5,000 square feet and around 135 seats. “It’ll also have a giant, two-sided wrap-around patio,” Bailey said, adding that the building’s two garage doors will be functional. “You’ll walk through the rear into the new addition, and that’ll be basically a giant, open dining room, with garage doors on the north and west ends. It’s essentially a huge covered patio.” Bailey said the space will also have a walk-up window for ordering and picking up food.

As far as the menu, Bailey expects it to be similar to the original Range: burgers, fries, snacks, shakes and “almost entirely local” beers, with a couple new things specific to the Shaw location. “We’re just excited about the neighborhood and the proximity to the Botanical Garden,” he said. “It’s practically right on Tower Grove. It’s easy to get to from Grand, from the highway. We love that we were able to completely rebuild the existing building.”

Bailey also shared some news about one of his other restaurants: later this year, he’ll move the Rooster at 1104 Locust St. down the street to 1025 Washington Ave., the former location of The Dubliner. The 530-foot move should be complete in November. “It’s a bigger space with even more seating, taller ceilings,” Bailey said. “The kitchen is about six times the size of the one we’re working with.” He added that Rooster opened 15 years ago this November as a 21-seat cafe before expanding multiple times. The new location will have 60-person event space upstairs.