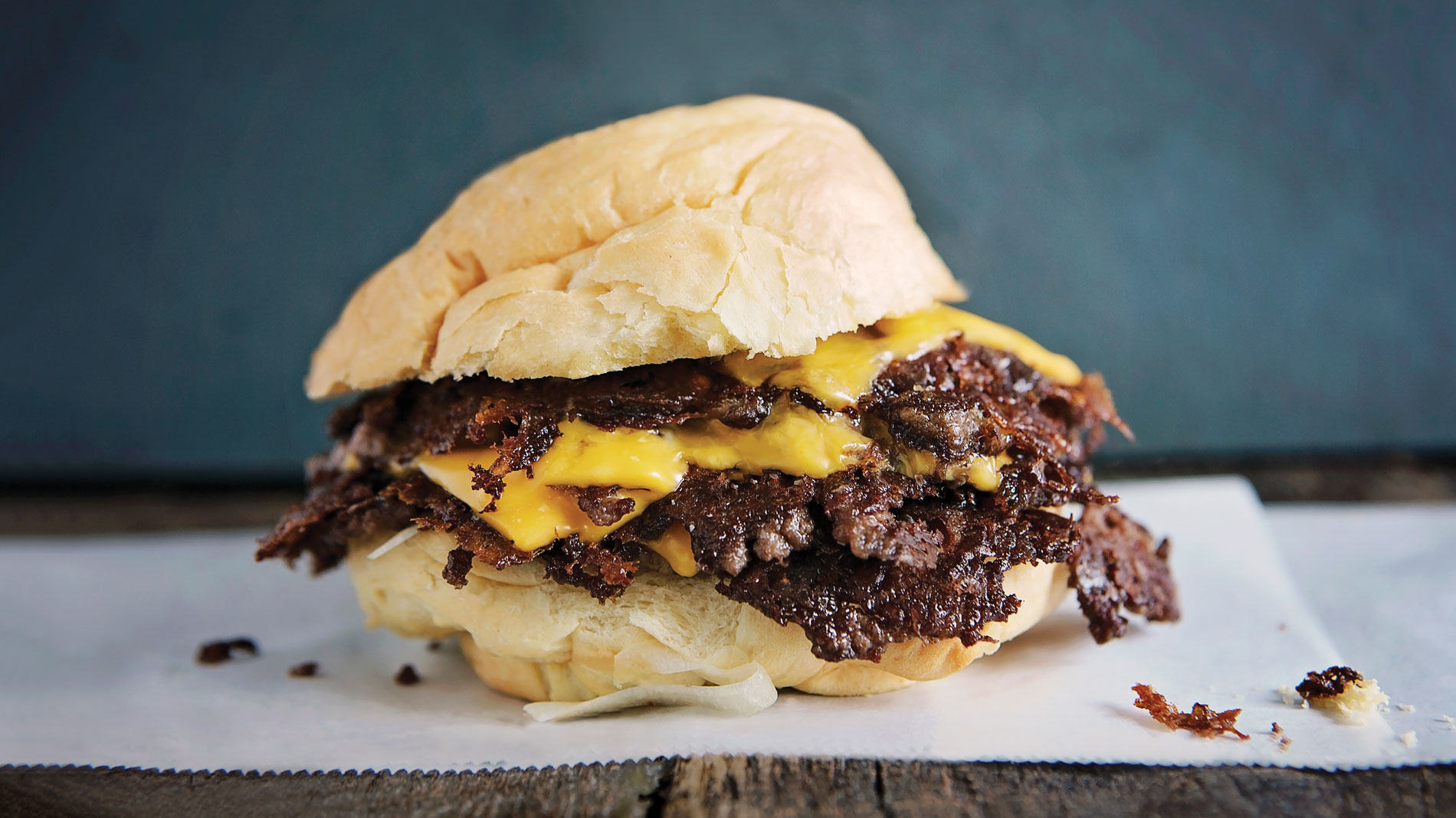 the captain at mac's local eats photo by carmen troesser

This past July, Bluewood Brewing announced that Mac’s Local Eats, who was sharing their space, would “no longer be operating” there as of Aug. 3. But Mac’s disagreed. In a confusing turn of events, the beloved burger joint stayed in the space and kept things running as usual. This November, the split will finally happen when Mac’s moves into the former Brew Hub Taproom building at 5656 Oakland Ave. “We’ve been looking for our own bigger boat for a long time," said owner Chris “Mac” McKenzie. “We have plans to open the first or second week of November, sooner if possible.” McKenzie added that Oct. 31 would be Mac’s final day of service in its current location at Bluewood.

Brew Hub Taproom closed its doors on Oct. 3 to begin looking for a new space. “We’re obviously big fans of Mac’s. We had been thinking that when our lease was up, we wanted to make a move west,” said Diane Schoen, Brew Hub Taproom vice president of marketing. “We worked out a deal to exit our lease early. It was unexpected, but I think it’ll be great for him and great for us.” She went on to say that she and her team are beginning to explore new locations in the county, with Chesterfield as one of the big contenders. “We’ve got amazing customers and great regulars – we’ve had weddings and retirement parties,” Schoen said. “We’re excited about a new opportunity and a new audience.

Having operated out of Tamm Avenue Bar before Bluewood, Mac’s has yet to live in its own brick-and-mortar. McKenzie pointed toward the higher capacity and more autonomy as reasons he wanted his brand to have its own space. “I think as a team we are just looking forward to working in an environment that provides us the operating canvas to deliver the top-notch service and food our guests have come to love and crave,” McKenzie explained. The new Mac’s should seat around 60 to 70 guests on the patio, with about 110 in the dining room and 20 at the bar. The Mac’s Local Buys retail brand will also have a footprint in the new location, and Mac’s Meat Shares and food subscription services will continue.

Mac’s fans used to having their choice of beers from adjoining businesses will be glad to know that the new spot is aiming to have 20 taps with plenty of local beers. According to McKenzie, Mac’s Local Eats should be open for lunch and dinner every day but Tuesday.