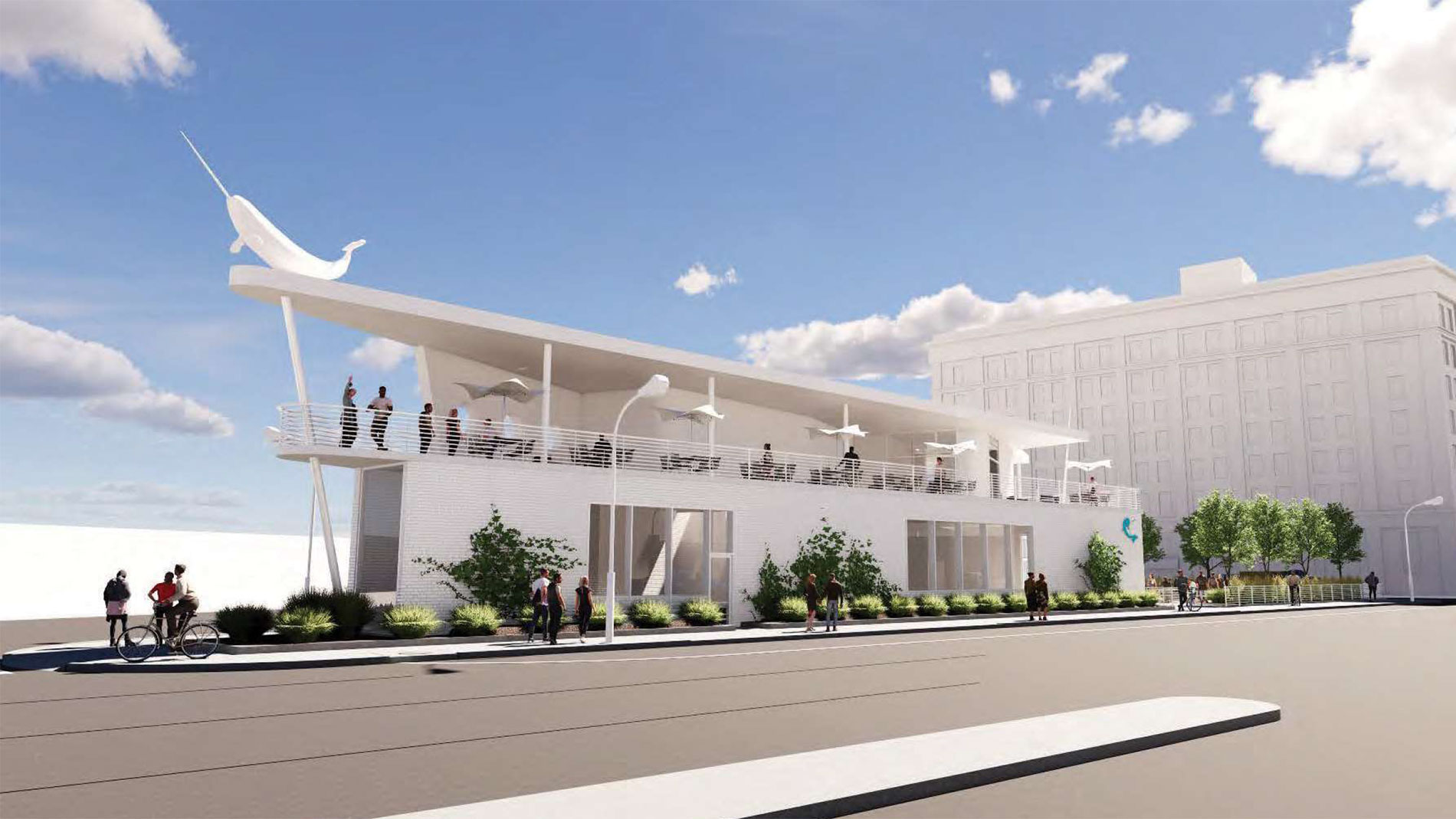 Popular boozy slushy hangout Narwhal’s Crafted, with locations in Midtown St. Louis and St. Charles, is gearing up to open another spot in the next year or so. This time, they’re bringing their magic to the Grove.

“[Our plan is] to move the flagship location over to the Grove,” said Brandon Holzhueter, co-owner of Narwhal’s. “Since we opened five years ago, we’ve learned a lot. We were able to take things we learned from building our first [location] to our second location to the new location. … We’re still going to keep the old spot, but we’re not sure what we’re going to do; it might be a test kitchen or an event space or something like that.”


The building, which has yet to be constructed, is rendered to look like a giant ship at the corner of Vandeventer and Manchester avenues. The first level of the building will be about 5,000 square feet and will house Narwhal’s, as well as sister concept Loaded: Elevated Nachos, the first location of which is next door to the St. Charles Narwhal’s. The two concepts will be separate so people under 21 can still dine in at Loaded. “[Customers] will be able to access both locations and move between the two,” Holzhueter said. “[It’ll be] a seamless experience.”

The second level will be about 3,000 square feet with an all-weather patio space and regular patio seating with fire pits. But while the plans for the new building are essentially finalized, the actual construction process is quite a ways from beginning.


“There is [currently] no estimate for when we break ground. It could be nine to 12 months from now, but it could be longer,” said Holzhueter. “We need certain approvals, the support of the alderwoman, zoning clearance. We’ve had community engagement meetings, and the community response has been good, but it could be longer [than nine to 12 months]. We’re keeping it down low, keeping things quiet while we work through approvals. We don’t want to apply undue pressure on those that still need their voices heard.”


The Grove would provide some much-needed local traffic for Narwhal’s. “Visibility is so much better than where we are now. We love the building and space [in Midtown], but unless you know we’re there, it’s harder to stumble upon us,” said Holzhueter. “The Grove is a place where people are going out, there’s a lot of action and foot traffic, a lot of fun things happening. We love the people, we love the businesses. People have been asking about this concept for months. It’s a bigger, badder, better Narwhal's.”