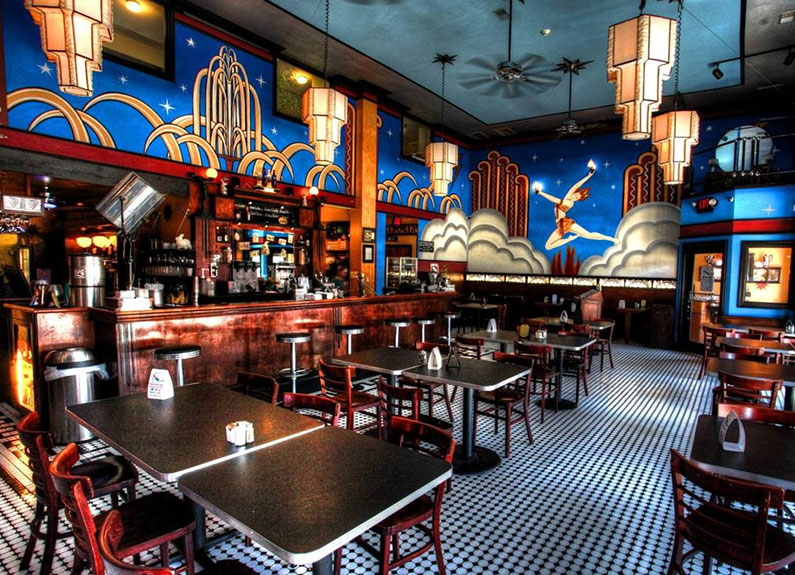 New owners look to preserve The Fountain on Locust, which now includes an event space

Since Joy Grdnic opened The Fountain on Locust (3037 Locust St.) in 2008, the retro restaurant has built up a significant and loyal following. Now, on (hopefully) the other side of the pandemic, Grdnic has decided to move on from the concept. “Joy was looking to retire before the pandemic happened, and that totally threw everything out the window for her,” said new co-owner Danni Eickenhorst, who also co-owns Steve’s Hot Dogs. “She took that time to consider her options and try to find the best people to be her successors; she reached out to us earlier this year about coming on as investors.” Eventually, Eickenhorst said, Grdnic asked her and her husband, Marcus Eickenhorst, to simply take over the space.

“It’s been a magical destination for us, so it’s kind of mind-blowing to even be asked, and something we took really seriously too,” said Eickenhorst. Fans of the restaurant will be glad to know that Eickenhorst doesn’t plan to change a thing. “What she’s built is epic. It’s magic and it’s important to so many people. We want to leave what she’s done as amazing as it is,” Eickenhorst explained.

One new aspect of The Fountain, which was mainly developed by Grdnic during the pandemic, is new event space The Stardust Room, which is located upstairs and has a “speakeasy vibe.” Eickenhorst said reservations are now live for the space.