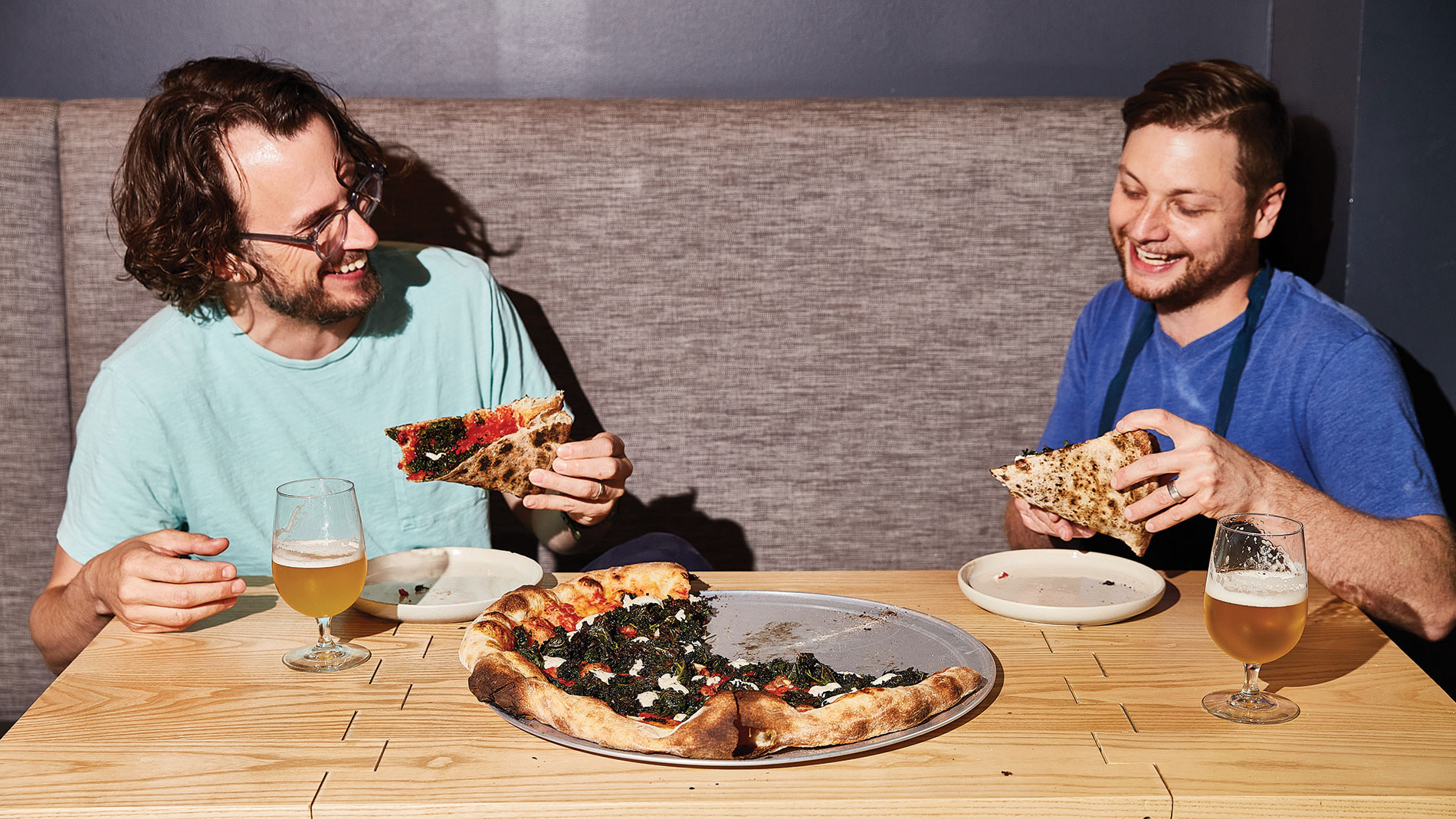 For the past year-plus, Elmwood’s pizza pop-up Pizza Champ has tested the limits of what a pop-up can be. At this point, it’s basically taken over the Elmwood space for regular service (though some Elmwood favorites remain on the menu); early next year, however, Pizza Champ will move into a space of its own when it heads to 2657 Lyle Ave. in Maplewood. The pizzeria will live in the new home alongside Shared by Side Project, which will get its own storefront.

“I’ve known [Side Project owners] Cory and Karen [King] for a while,” explained Elmwood general manager and partner Chris Kelling. “When we moved into the neighborhood, we became familiar with the whole team and got along with everybody really well. They approached us about a year ago and asked whether we would be interested in being a cohabitant of the new building.” Kelling went on to say that the two brands will remain separate entities, and that each will have its own window. “You’ll order pizza from our window and beer and wine from them,” he said.

The 800-square-foot restaurant will not have indoor seating, but a 60-seat four seasons patio will offer plenty of space for customers to dine. “It’ll definitely be a lot more comfortable than what most people expect from a beer hall,” Kelling said. “The four seasons patio’s sides will come off in the summertime. It’ll have some banquettes. Just a relaxing vibe.” The restaurant will continue offering in-house delivery, and will also partner with third-party delivery apps.

As for the menu, fans of Pizza Champ will be pleased that not too much will change; they’ll still offer pizzas, salads, sandwiches and sides. One new feature is a soft-serve machine. “Stop in for a cone!” Kelling urged future customers. “We’re just excited about teaming with our friends from Side Project,” Kelling added. “It’ll be a nice place to hang out and have some pizza and some beers.”

As for Elmwood, the fine dining restaurant aims to reopen after Pizza Champ goes live, and will likely adopt the set menu model they’ve tried out over a series of pop-up dinners this winter. “There was a really great response to what we’ve been doing,” Kelling said. “Right now, our plan is to explore the sustainability of doing that on a more permanent basis. But for now, we’re going to focus on getting Pizza Champ open.”