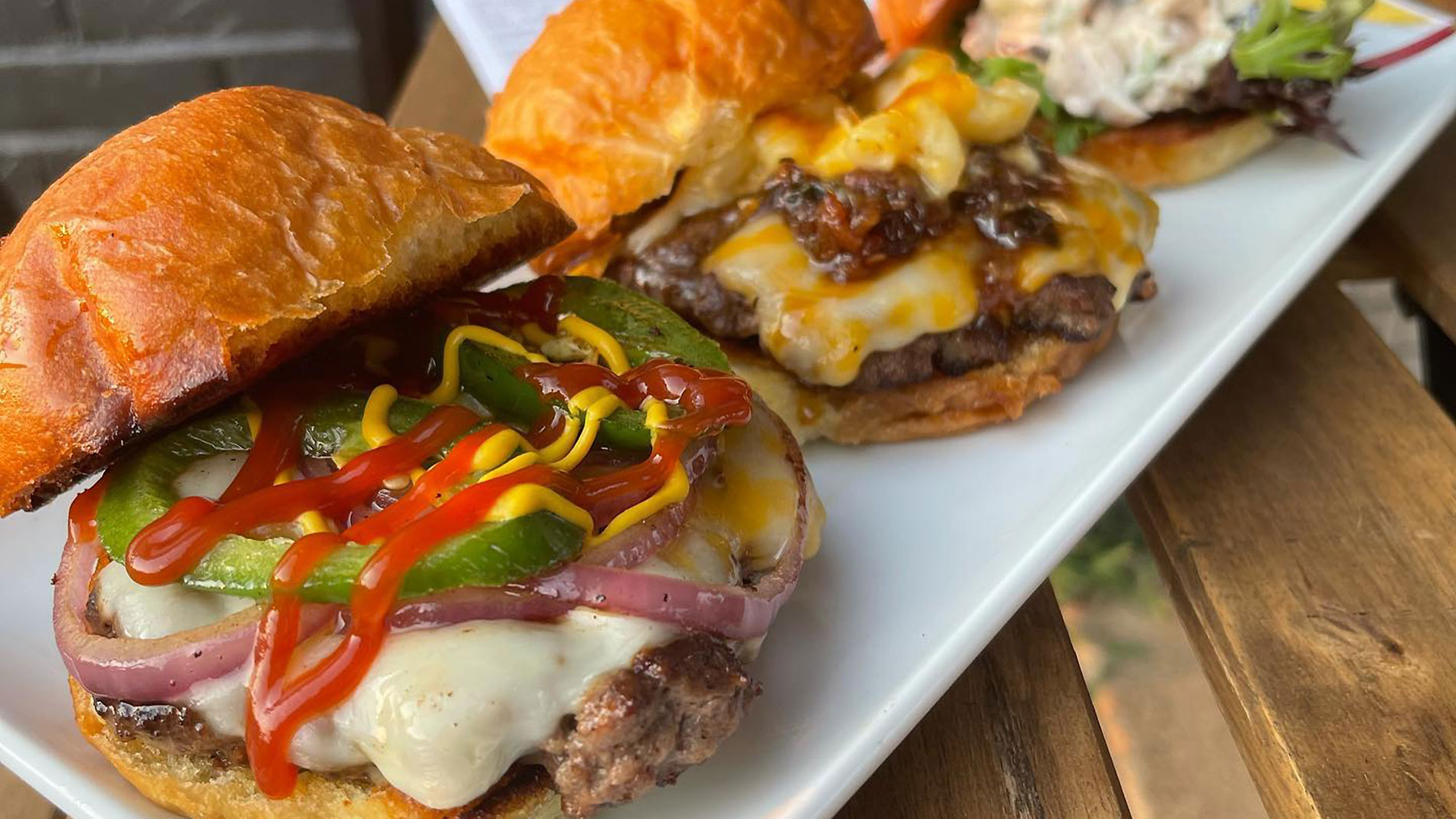 trio of sliders from burger 809 photo courtesy of burger 809

Bluewood Brewing and popular Cherokee Street burger joint Burger 809 announced yesterday that they would be joining forces on Jan. 21 in the brewery’s space at 1821 Cherokee St., filling the hole left by Mac’s Local Eats when it moved out last year. Burger 809 began in 2015 as a catering company, and has had a storefront at 2619 ½ Cherokee St. since 2019, but this will be their first full service restaurant. “We’ve never ever had indoor dining, so this will be an awesome complement to the menu,” said owner Tasha Smith. “I’m so excited to have customers enjoy our food as soon as we get done cooking it, in the ambiance that Bluewood provides.”

Smith said that joining the Bluewood space was an easy choice, and that she felt the brands were a good match. “I saw back in October that they were looking for a food partner, and we just kind of went from there, just being part of the Cherokee community,” she explained. “I know that they were there and had been inside before, and thought there would be a great connection between the premium ales they have and our premium sliders.”

On that note, Burger 809’s menu, which mostly features sliders, will be expanding significantly; Smith said they’ve created a few new burger options, including a collaboration with Bluewood called the Bluewood Baby, which will have a beer-cheese sauce that showcases a yet-undecided Bluewood ale. She said they’re also adding some vegan options and some fresh salads. “Our Cherokee Street location wasn’t equipped to handle a fryer, and it’s great that people accepted us with just our burgers,” she said, laughing. “But now we have fries.” Burger 809 will also have a fresh salmon sandwich.

Inside Bluewood, Burger 809 will be a fast-casual concept where customers can order at the counter and find a table to sit at. They’ll also have online ordering, and are working on delivery, Smith said. Soon, they’ll launch a new website that will include a blog by Smith that showcases what she’s been up to during the pandemic. “I did a lot of traveling and research over the pandemic, so I’m excited to tell those stories,” she said.