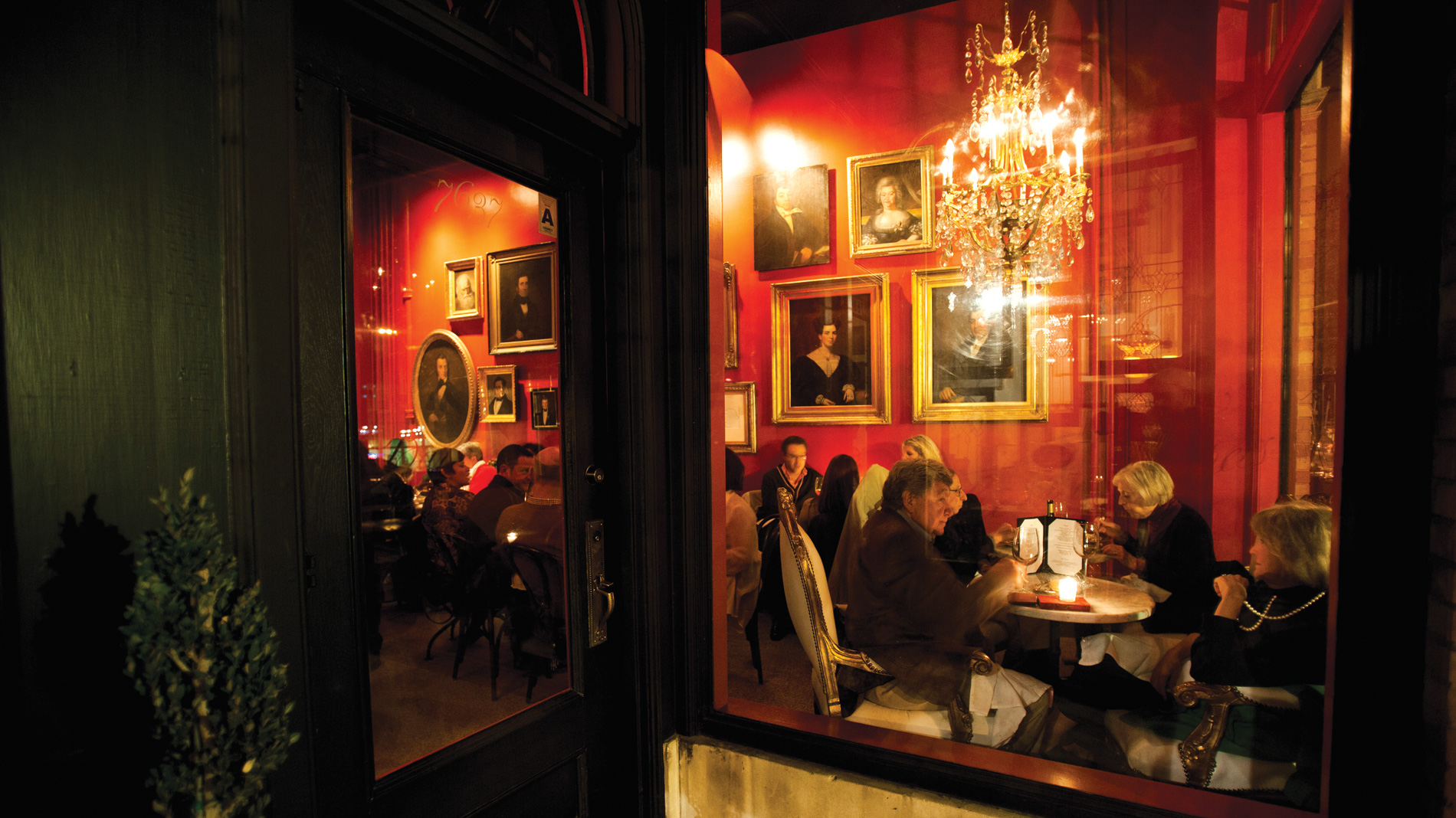 Take Root Hospitality, the restaurant group owned and operated by Michael and Tara Gallina and Aaron Martinez, is acquiring Bar Les Freres, with plans for a June relaunch. The Wydown Boulevard restaurant (7637 Wydown Blvd.) is one of the trio of Clayton venues made successful by Zoe Robinson, along with Billie Jean and I Fratellini.

The latter two restaurants remain closed, as they have been since the onset of the COVID-19 pandemic in March 2020. In November, it was reported that all three of Robinson's restaurants had been sold to a single buyer, but the deal subsequently fell through.

Take Root's owners jumped at the opportunity to add Bar Les Freres to their stable of restaurants, which includes Vicia and Winslow's Table. Bar Les Freres isn't the only new addition to Take Root's portfolio – the group recently announced a new concept, Taqueria Morita, will open in the garden-side pavilion at Vicia this May.

Bar Les Freres will retain its identity as a French bistro, and regulars will still be able to enjoy beloved menu items like Gougeres (French cheese puffs), oysters and French 75s. However, Take Root also has plans to put its own stamp on the menu and interior, as the group did when it relaunched the then-Winslow's Home as Winslow's Table in 2019.

Architecture firm Space is on board to freshen up the aesthetic with “modern elements and warm details” such as a custom banquette, sage green wall coverings, and romantic drapery. Patrick Fallwell is leaving his post at Vicia to become head chef at Bar Les Freres, and he'll be working up new menu items featuring top-quality ingredients, including chilled seafood, salads, charcuterie and cheese. Take Root's chef-owners, Michael Gallina and Aaron Martinez, will oversee all culinary developments at Bar Les Freres, while the group's beverage director, Kara Flaherty, will spearhead an overhaul of the wine program. Christina Schlicht will move over from Winslow's Table to take on the general manager role at Bar Les Freres.

In a statement, Take Root co-owner Tara Gallina spoke highly of former Bar Les Freres owner Zoe Robinson and looked forward to leading the restaurant into a new era. “[Zoe] has been a trailblazer in the community and built a wonderful restaurant with such a loyal following,” Gallina said. “We are honored and excited that she has entrusted us to carry the torch and bring back this beloved institution.”

Zoe Robinson thanked her customers for their support and loyalty over the years at Bar Les Freres. “I am so proud of all that we've accomplished,” she said. “I trust that the Gallinas and Aaron will continue to carry on the restaurant's legacy and lead it to a bright new future.”