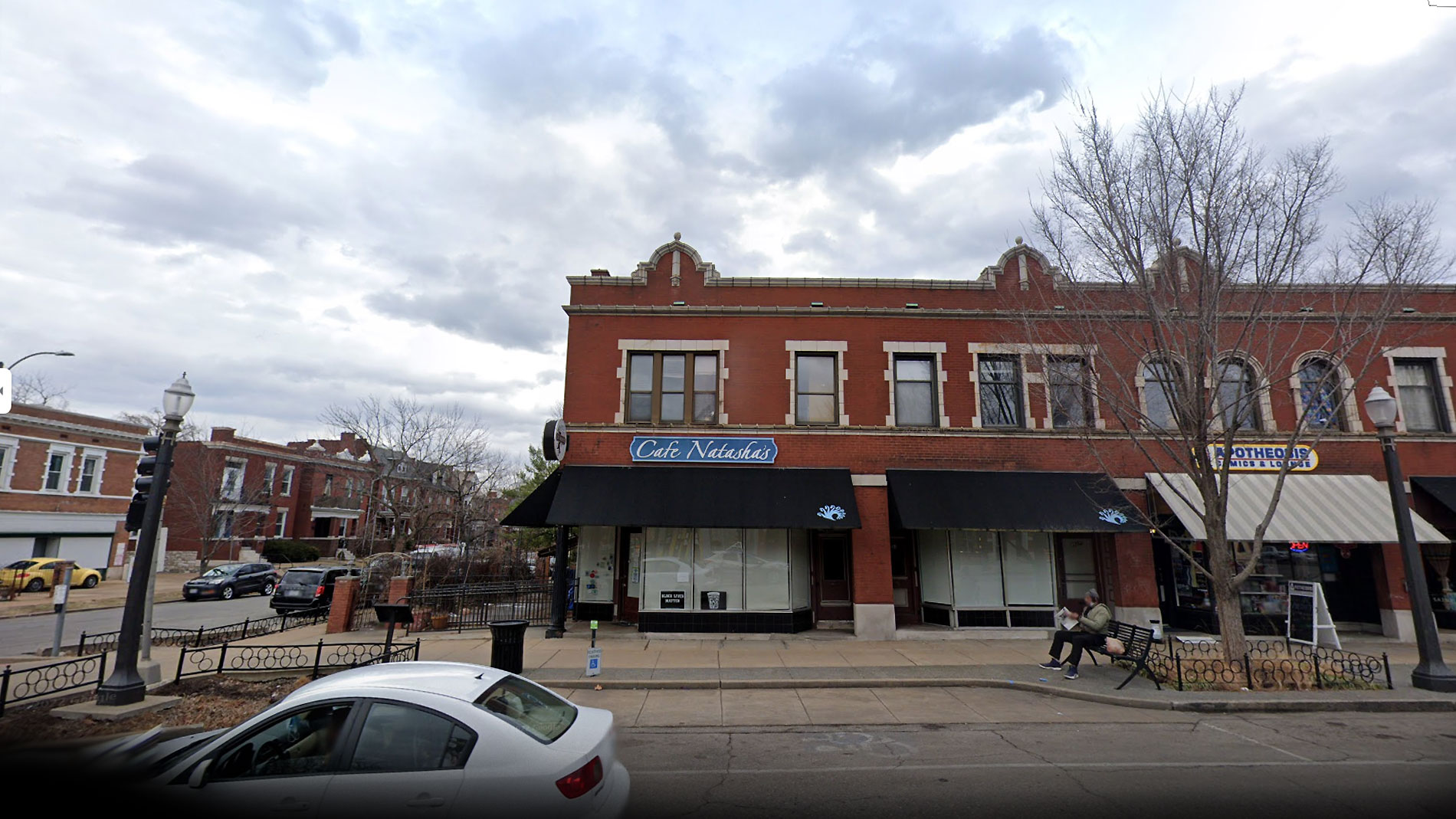 Just over a week after they closed down Cafe Natasha following a series of sold-out farewell dinners, Natasha Bahrami and Michael Fricker have announced their next move. The pair is partnering with Matt Wynn, formerly of Taste and Peno, to launch Salve Osteria in the Cafe Natasha space at 3200 S. Grand Blvd. later this month.

Wynn, formerly the executive chef at Taste and most recently at Peno, will head the kitchen, leading with a “harvest-centric” approach with Mediterranean influences. “We’ll try to stay within what’s in season – what grows together goes together,” he said. One dish will be a spin on a Caesar salad that will swap out romaine for brined then grilled cabbage leaves, tossed with cheeses and breadcrumbs and dressed with a miso-based bagna cauda. Diners can also look forward to a roasted half chicken with harissa, fregula sarda and yogurt. “That’s a really great dish,” Bahrami said.

Bahrami and Fricker had been planning for the transition from Cafe Natasha to a new concept for the past few years. After a few false starts with other prospective partners, Fricker learned that Wynn was available and looking for new opportunities. It was soon clear to Fricker and Bahrami that Wynn was the partner they were searching for. “It felt correct,” Fricker said. “His vision of what he wanted his restaurant to be fit with what we wanted our restaurants to be.”

Wynn said doing research and development for Salve had helped him rediscover a “groove” that he felt he hadn’t experienced since Taste’s closure. “Just using techniques and flavors that I haven’t used in a while – miso, yogurt, harissa, blue cheese – all these things I love using,” he said. “Doing dishes that were more uniquely me.”

Salve Osteria is on track to open on May 27, with a full renovation set to transform the dining room. “The only thing that’s staying is the tables and chairs,” Fricker said. “New flooring, new walls, new lighting, new artwork, the full nine yards.” Fricker was reluctant to give away details of exactly how the space will look. “I want it to be a surprise, but it’s going to be very much our personality,” he said. “It’s going to have some olive tones to it, but it’s still going to be very light and classy, bright and vibrant.”

The Gin Room will remain largely untouched by the renovation, retaining its essential look and feel. The selection of cocktails will still be martini- and Negroni-forward, Fricker said. However, customers can also look forward to two new areas of focus, namely natural wines and amaros. The wines will concentrate on Mediterranean regions, particularly Tuscany and Piedmont, as well as southern Spain, Corsica, Greece and areas of Portugal.

A server will visit tables with an amaro cart, offering guests aperitivos as well as giving recommendations. “Putting a kind of exclamation point on the experience and really rounding everything out,” Fricker said. Bahrami said the point is to make amaros approachable and inviting to guests who may be unfamiliar with the category. The Gin Room has always had a large amaro selection, but many customers don’t know how to tell them apart. “We’re going to move strongly into education on the category of amaro,” Bahrami said. “That’s exciting because amaro, gin and this cuisine goes so extremely well together.” The drink list will also feature a spritz section, as well as a no-proof category.

Salve Osteria will be open for dinner service from 3 to 10 p.m. Thursday through Sunday, and Fricker said that’s very much an intentional choice. “It's to provide a quality of life and work-life balance for not only ourselves, but for our team,” he said. “We want to focus as a restaurant on the quality of mental health of the team. It’s wildly important to us that the team knows they work these four days and these hours and that they have three days off every single week.”

Although Salve Osteria will offer a very different culinary experience to its forerunner, Bahrami said the new restaurant will strive to offer diners the same warm hospitality that distinguished Cafe Natasha’s across its almost 40-year run. Natasha’s mother, Hamishe, may even make an appearance in a front-of-house role. “Our goal is to keep that same warmth, the community focus, really just being a neighborhood place that people feel comfortable coming to regularly,” Bahrami said.