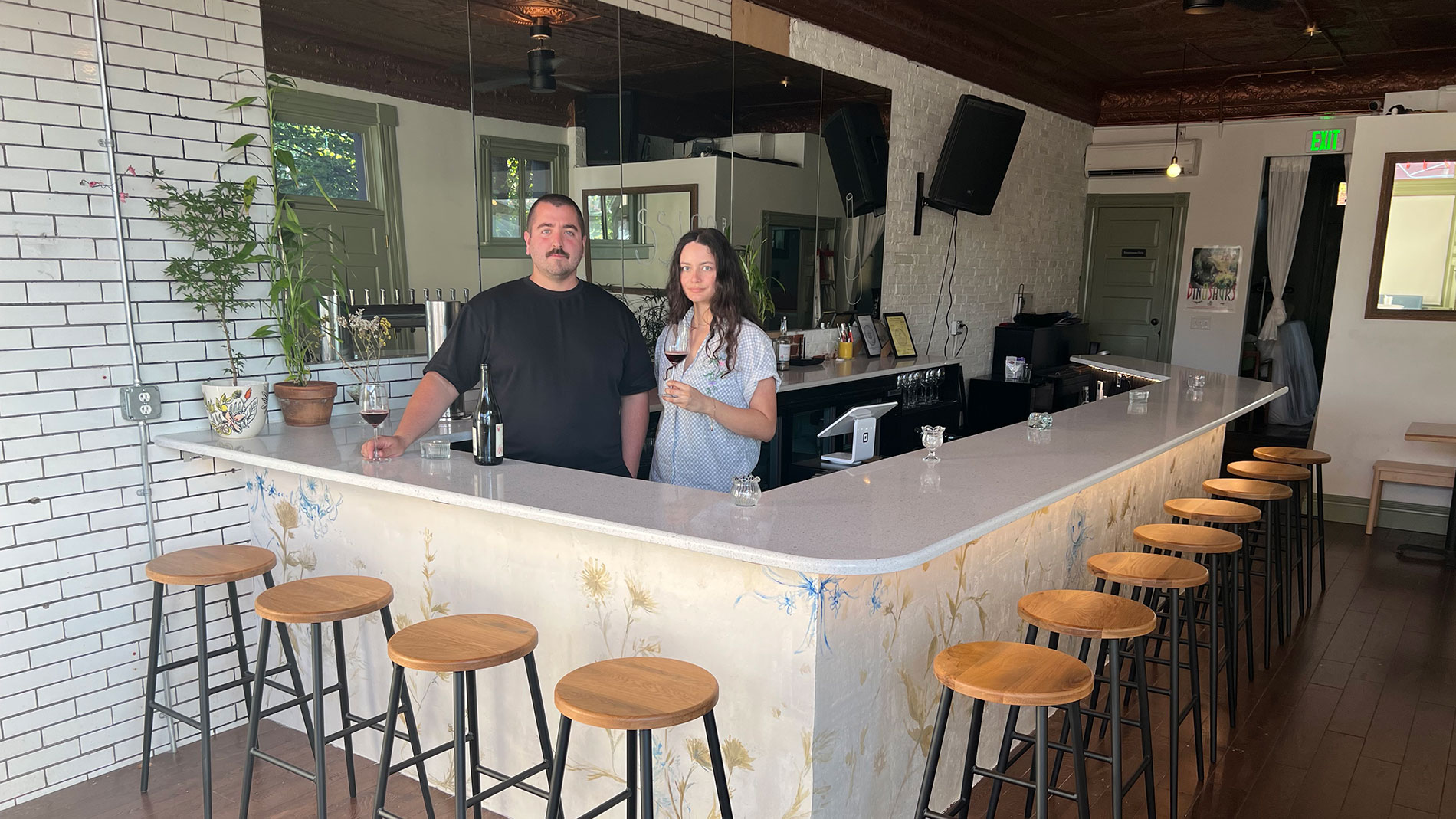 St. Louis is about to get a natural wine bar, ‘Ssippi, which will open at 2926 Cherokee St. within the next month.

After several years working in a natural wine bar in Los Angeles, St. Louis native Brogan Drissell returned home in early 2020, with plans to open his own bar dedicated to natural wines. Together with his girlfriend, Emily Kostiuk, he even found a venue, the space at the corner of Cherokee Street and Pennsylvania Avenue that was previously home to Red Oak Biscuits and The Blue Pearl.

“The bar was supposed to open two or three years ago,” Drissell said. “We've been sitting on it to build it out exactly how we wanted and wait for Covid to feel low enough that it wasn't a problem to open a bar.”

‘Ssippi’s launch may have been stalled by the pandemic, but Drissell and Kostiuk didn’t waste their time during the enforced pause. With Drissell’s family, they spent the pandemic renovating the entire space, adding a completely new bar and bar stools, building a tap system and much more. The feel will be intimate, but playful and relaxed. “It's going to feel light and airy,” he said. “There are some bars in California that I've pulled inspiration from.”

Natural wine – wine produced with no (or minimal) chemical or technical intervention in the process – has gained a foothold in the St. Louis market over the past few years, with venues like Little Fox and Grand Spirits Bottle Co. putting the spotlight on the category. However, natural wine is still relatively new to many people, and that’s something Drissell and Kostiuk hope to change. “We're going to have a wide range of prices,” Drissell said. “I'm going to have easily accessible natural wines for people to have by the glass, and I want what we're doing to be welcoming and open.” And although natural wine may seem like the “new” thing, it’s actually the result of a practice that has endured for centuries. “It’s a very old way of making wine,” Drissell said.

In terms of flavor profile, Drissell said natural wines often have a funky quality derived from native yeasts. However, a number of European winemakers have been creating natural wines for generations that have much in common with wines made using conventional winemaking processes. Drissell said ‘Ssippi will have something to suit every palate. “The market in St. Louis is a bit more traditional when it comes to wanting the cabernets or chardonnays,” he said. “I want to appeal to the more conventional wine crowd with natural wine, and also people who want to extend their palate and have the funkier, bright natural wine.”

Drissell said he’s also keen to see Missouri winemakers experiment more with natural wine production. After all, there’s no reason why natural wine should be the preserve of states like California and Oregon. “I had a distributor show me a natural wine from Maryland, and it blew me away,” he said. Hope for Missouri yet, then? “I think if Maryland can do it, we can do it,” Drissell said.

‘Ssippi will also have 10 taps split between a rotating lineup of beers and draft cocktails. “One of the things I want to do with all of the beer and the wines and cocktails is have everything be changing constantly,” Drissell said. “So if you come in two weeks after the prior visit, it'll be very different.”

In terms of beer, Drissell said he’s looking at featuring a range of styles, including locally brewed beers, in addition to large format, specialty Belgian beers. On the cocktail side, Drissell said his time in California has left him with a fondness for tequila and mezcal that he intends to share with ‘Ssippi customers. “I want maybe more tequila- and mezcal-focused cocktails – not strictly, but I'm a big fan of tequila,” he said. Customers will also be able to order from a selection of simple small plates – think olives, bread and butter, and pickles.

The bar will be equipped with a piano, which Drissell said will be brought into play for regular piano nights. Beyond the bar, ‘Sippi’s back room will host another lounge, while the yard has been transformed into a patio space with wildflowers and six picnic benches. “I'm really excited about the outdoors,” Drissell said. “It feels cozy, as if you're at a friend's house.”

‘Sippi will be open Thursday through Sunday. Thursday and Friday hours will be around 4 p.m. to midnight, with an earlier start on Saturday and Sundays. Drissell said he’s aiming for a launch in late June or early July, but follow the bar’s updates on Instagram for the latest news.