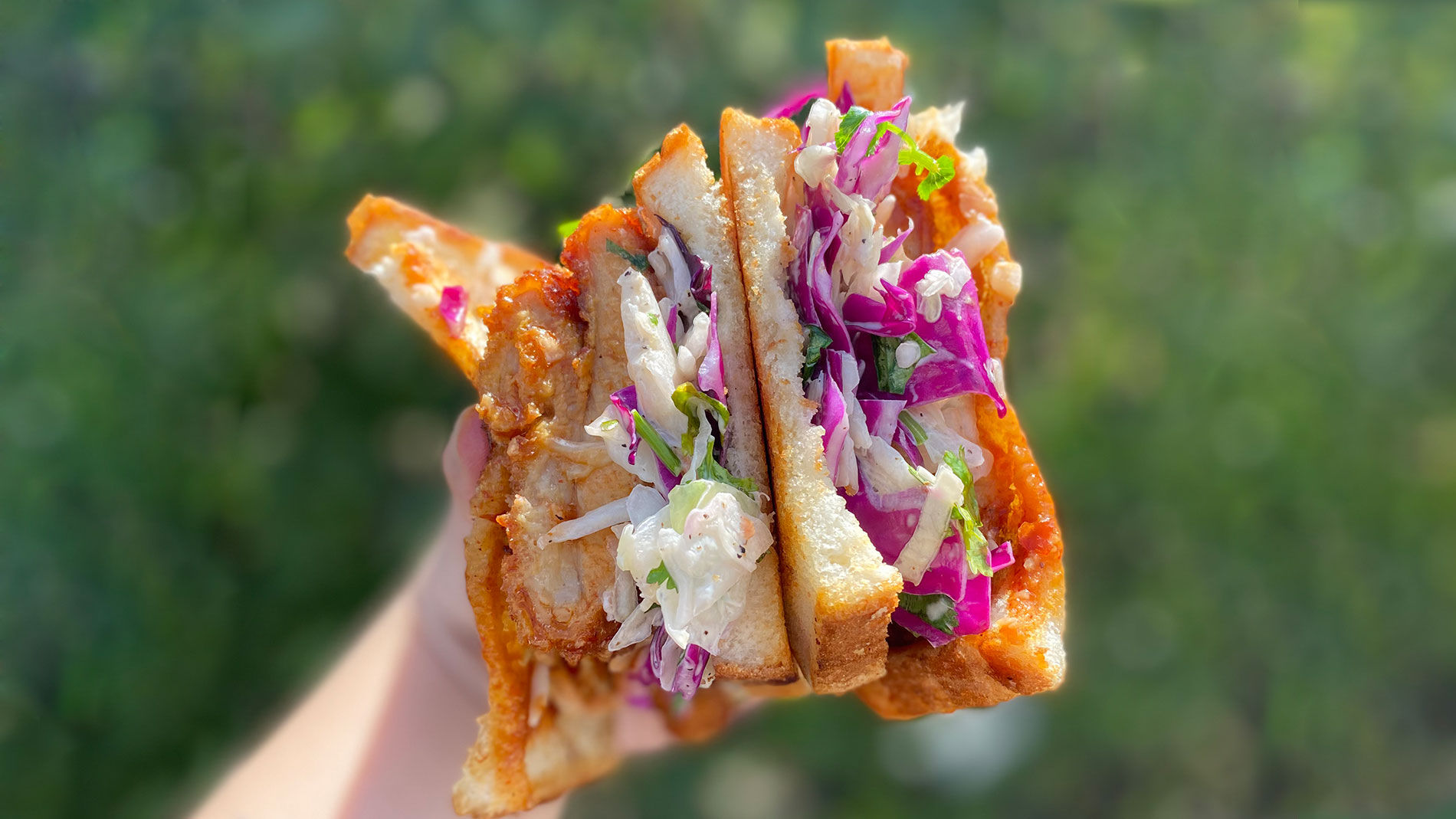 Sando Shack is the latest local food truck to announce plans for a brick-and-mortar location. The Japanese-inspired sandwich concept is aiming for an October opening in the space at 3173 Morgan Ford Road, which was home to The Dam until its closure in May this year.

The menu will be built around a selection of Sando Shack’s Japanese-inspired sandwiches, including their chicken katsu, pork katsu and katsu burger. “Our most popular one is the chicken katsu sando,” Guo said. “That’s a chicken thigh breaded in Japanese panko crumbs and then deep-fried, then we top it with cabbage slaw and different sauces.”

While most of the sandwiches are served on sliced bread, the katsu burger includes a panko-crusted beef patty, deep-fried and served on a brioche bun with cabbage slaw, cheddar, onion, tomato and sauce. Guo also said the menu is likely to feature a vegetarian option – in the past, for example, Sando Shack has offered a portabella mushroom katsu sandwich.

Sides will include a selection of fries, which may include togarashi, nori and curry options, as well as kettle chips. As the restaurant settles in, Guo said they’ll look at introducing new sides, as well as seasonal items that have been featured previously on the food truck menu, such as curry rice bowls for colder months.

Co-owner Amy Guo said she and her husband and business partner Dan Jensen began looking for a brick-and-mortar location earlier this year. The food truck was only operating a couple of times a week, and Sando Shack’s regulars were hungry for more. “We really realized that a lot of the customer base from Sando Shack were asking us about when we're going to open up a brick-and-mortar,” Guo said.

Their search was initially broad, targeting a city location, but Guo said the response she and Jensen received from customers at Tower Grove Farmers’ Market attracted them to that neighborhood in particular. “We’ve kind of got into the groove of that community and meeting new people in the community,” Guo said. They took a look at the former Dam space, which is owned by the operators of Amsterdam Tavern, and felt like they could bring something different to the area.

When Sando Shack launched in the fall of 2020, it was an unexpected detour for Guo and Jensen. The pair had moved to St. Louis from Seattle to open their other business, Hello Poke, in the food hall at City Foundry, but when the pandemic delayed the launch of the poke counter by months, Guo and Jensen decided to try something different. They turned to their Japanese-style sandwich concept, starting out with a series of pop-ups before rolling out the food truck. Guo said the Sando Shack food truck will continue to operate, but that they’ll probably be more selective about where and when it will appear.