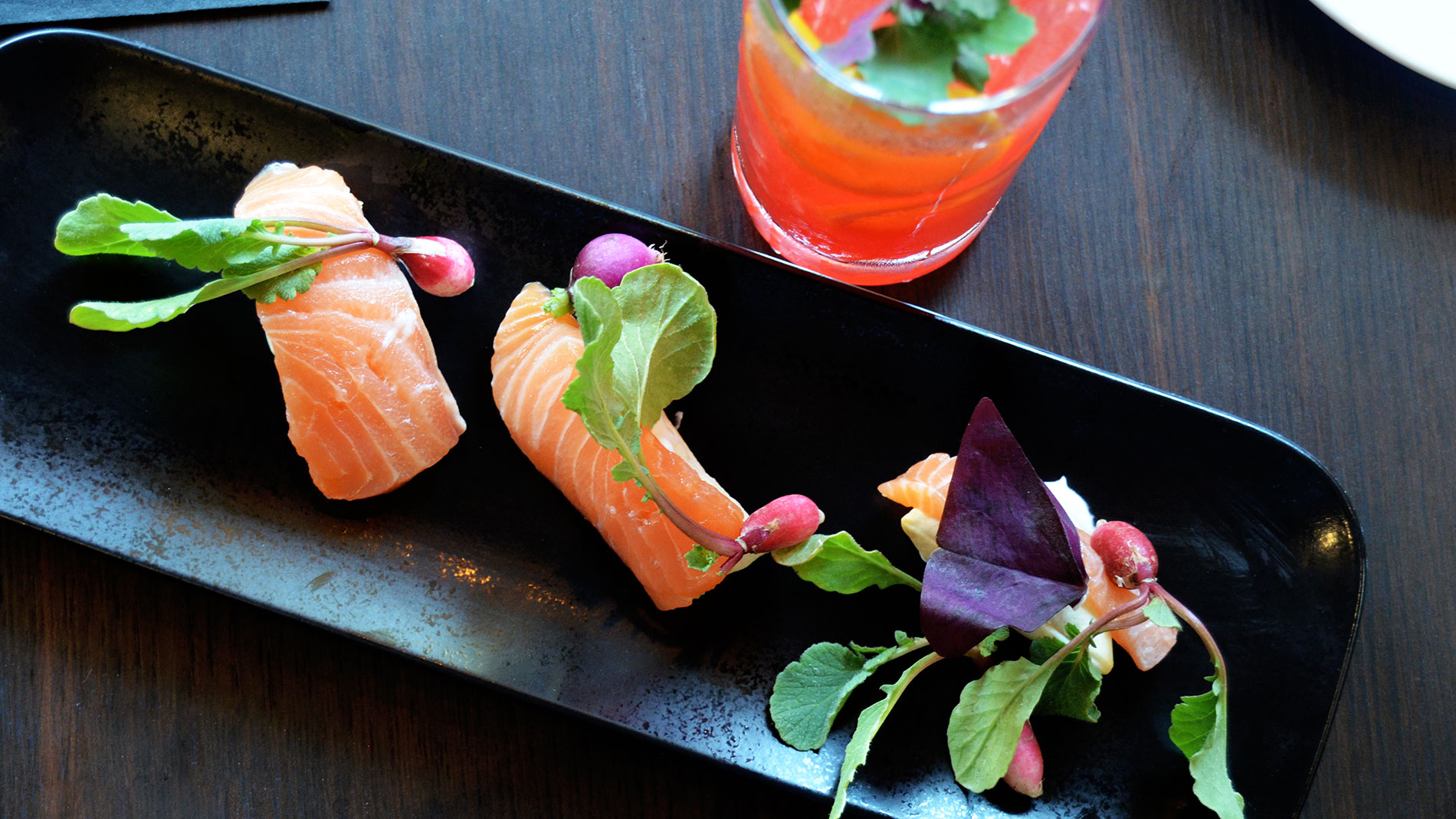 Snō opens on Friday, Aug. 19, at 3611 Juniata St. in Tower Grove South. Reservations are open now for the eagerly awaited modern Asian restaurant from Tony and Jessica Nguyen, which takes over the space formerly occupied by pan-Asian restaurant VP Square.

Chef and co-owner Tony Nguyen grew up just across Tower Grove Park from Snō in the Shaw neighborhood. Nguyen left St. Louis for California, spending almost a decade honing his skills at Crustacean in Beverly Hills. Tony and his wife and co-owner Jessica Nguyen had offers to work on other restaurant projects, but they were drawn to the prospect of opening their own restaurant and moved to St. Louis in March 2022 to begin working on Snō. “I’ve never really worked at home, besides a few places here and there,” Tony said. “There’s something special about coming home and doing it for the people. I want to cook for my teachers, my doctors, my family, my friends that I’ve known my whole life.”

The restaurant is named for Tony’s mother, Tuyet, which is Vietnamese for “snow.” The family connection is felt throughout the space, and numerous family members are helping out with opening the restaurant. “I wanted to open the restaurant to honor my mom and dad,” Tony said. “There’s pictures of family all over the wall. I really miss being home with my family.”

The 4,000 square foot space extends across two floors, seating about 88 diners upstairs and 44 on the first floor. The first floor space can be used for private events, and there are plans to introduce a tasting menu concept for that space further down the line. Tony said that the aim is to keep around 20 percent of all tables open for walk-in diners. The restaurant features bright, modern décor, with framed photos showing Tony and Jessica with friends, colleagues and the occasional celebrity. Also featured on the walls are large black-and-white images of iconic culinary figures like Anthony Bourdain and Marco Pierre White, both of whom Tony cites as inspirations.

Jessica is Tony’s chief collaborator and is also an accomplished chef, having worked at the acclaimed Jean-Georges in Beverly Hills as well as at Vietnamese restaurant Little Sister in Los Angeles. However, as Tony explains, Jessica’s talents are multi-faceted. “She also has a marine biology background,” he said. “We’re doing a lot of sustainable seafood, so that’s really exciting.”

Jessica will play a leading role in directing the restaurant’s seafood program, in addition to her broader role as general manager. “We’re playing with some beautiful seafood,” Tony said, noting the difficulties of sourcing supplies of high quality seafood in St. Louis. “We’ve got loup de mer from Greece to play with, we have Dover sole from the English Channel right now, and this amazing Dutch yellowtail that’s super sustainable but better than anything I’ve even used from Japan or even California.”

One of Snō’s central concepts is what Tony describes as “modern dim sum” – bite-sized dishes served from carts that will be rolled around the restaurant dim sum-style. “We’re going to do a very modern take on dim sum,” he said. “Maybe we have whipped burrata with green onion pancakes, or oysters on the dim sum cart. That’s going to be a big part of our program.” The format showcases the Nguyens’ ability to blend European and Asian culinary techniques and ingredients.

Ordering from the dim sum carts will be a serendipitous experience, with a rotation of about eight items, mostly cold dishes, offered on the carts during any given service. A further eight hot dim sum plates will be available to order a la carte, making for a total of approximately 16 items offered daily. In addition to the dim sum dishes, the restaurant offers a selection of large plates and raw salads.

A few items that will be featured on the menu include:


One highlight of the menu is Tony’s “fish and chips.” The type of fish used may change depending on what's available at market, but when we visited the kitchen served up a melt-in-the-mouth, line-caught seabass served with dill, gribiche, whipped horseradish and potato chip gremolata. Other dishes in development include a suckling pig dish, smoked Singapore crab, and pork rib-eye served as an Asian-inspired take on a St. Louis pork steak. “We’re bringing out some of the hits,” Tony said. “We’re really swinging for the fences.” And for a spectacular flourish, look out for the “tuna cigar,” served in a cigar box filled with smoke.

On the sweeter side, the Nguyens have a few creative tricks up their sleeves. One of the more theatrical diishes is frozen custard served tableside with liquid nitrogen, but there are other items to look forward to, including a peanut butter and chocolate crunch bar with toasted rice. Seasonality is another feature at Snō – Tony said he’s currently enjoying working with peaches from Eckert’s.

Tony’s cooking draws inspiration from a range of Asian culinary traditions, ingredients and flavor profiles. “100 percent,” he said. “Because I’m 100 percent Vietnamese, and Jessica has training in Asian cooking. Everything that I do always has a little Asian accent to it.” Again, sourcing certain ingredients can be a challenge in St. Louis. “With Asian ingredients in California, the choice is tremendous compared to St. Louis,” Tony said. “So that means everything is coming from either California or Chicago, these larger hubs, and I’m paying a 40 percent increase if I can even get it. Now it’s a point of whether I can even source it. But it’s a challenge that I’m used to.”

Both floors feature a bar, with a view into the kitchen from the first floor bar and a lounge area beside the upstairs bar. Jessica has worked with “bar chef” Justin Gobelman to devise a creative, playful signature drink list that includes the Bubble Bath, a gin and tonic-inspired cocktail served in a miniature bathtub. “It’s like a play on a gin and tonic, but with pho spices, so you have star anise, cinnamon and lemongrass,” Tony said. “When you get it, the bubbles are kind of overflowing on the bathtub – it's really a cool thing.”

One refreshing cocktail features 1220 Spirits’ Flora Aperitivo with Blue Phoenix rice wine, fresh watermelon juice, a Maldon saline and lemon juice topped with Champagne. Another highlight is the seaweed martini, a twist on a dirty martini built from Sheringham’s kelp-infused Seaside Gin, a kelp brine, and a sake vermouth, along with nori chips clipped to the stem of the glass. The bar will also serve twists on classic cocktails, including a mezcal margarita, and an Old-Fashioned built around a Japanese whiskey.

Snō is open from 5 to 9 p.m. Thursday to Monday. Reservations are available via Toast. 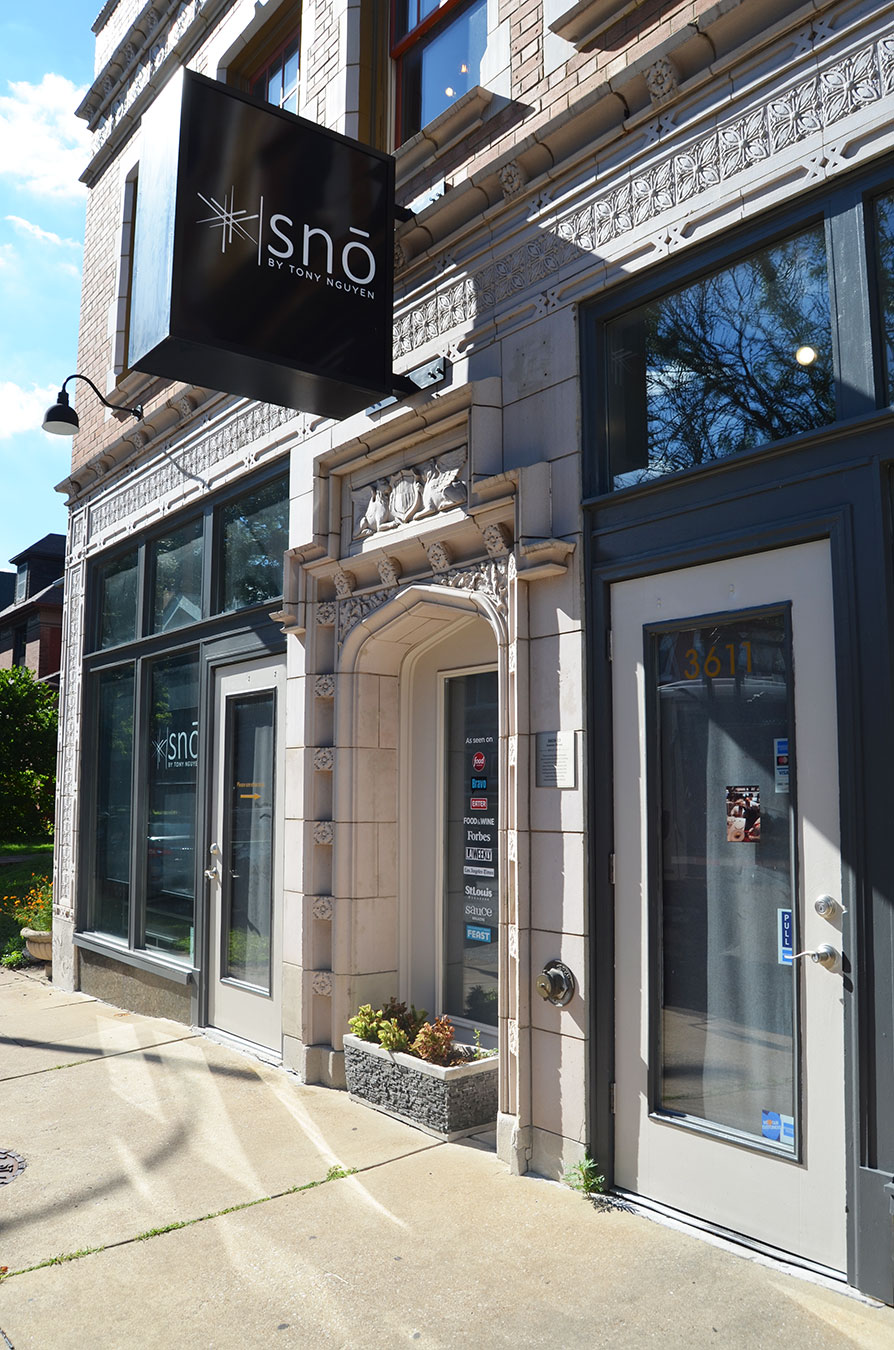 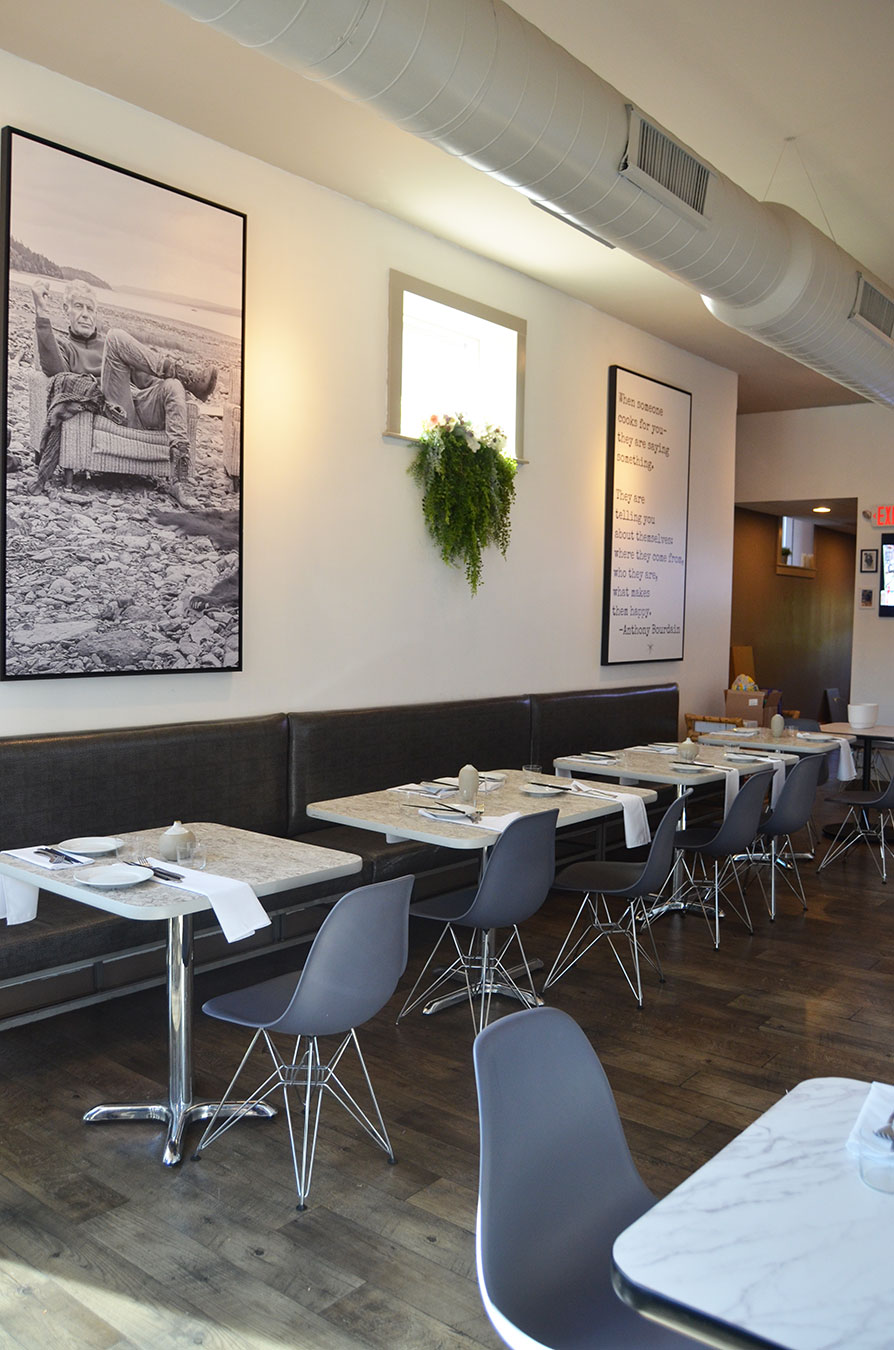 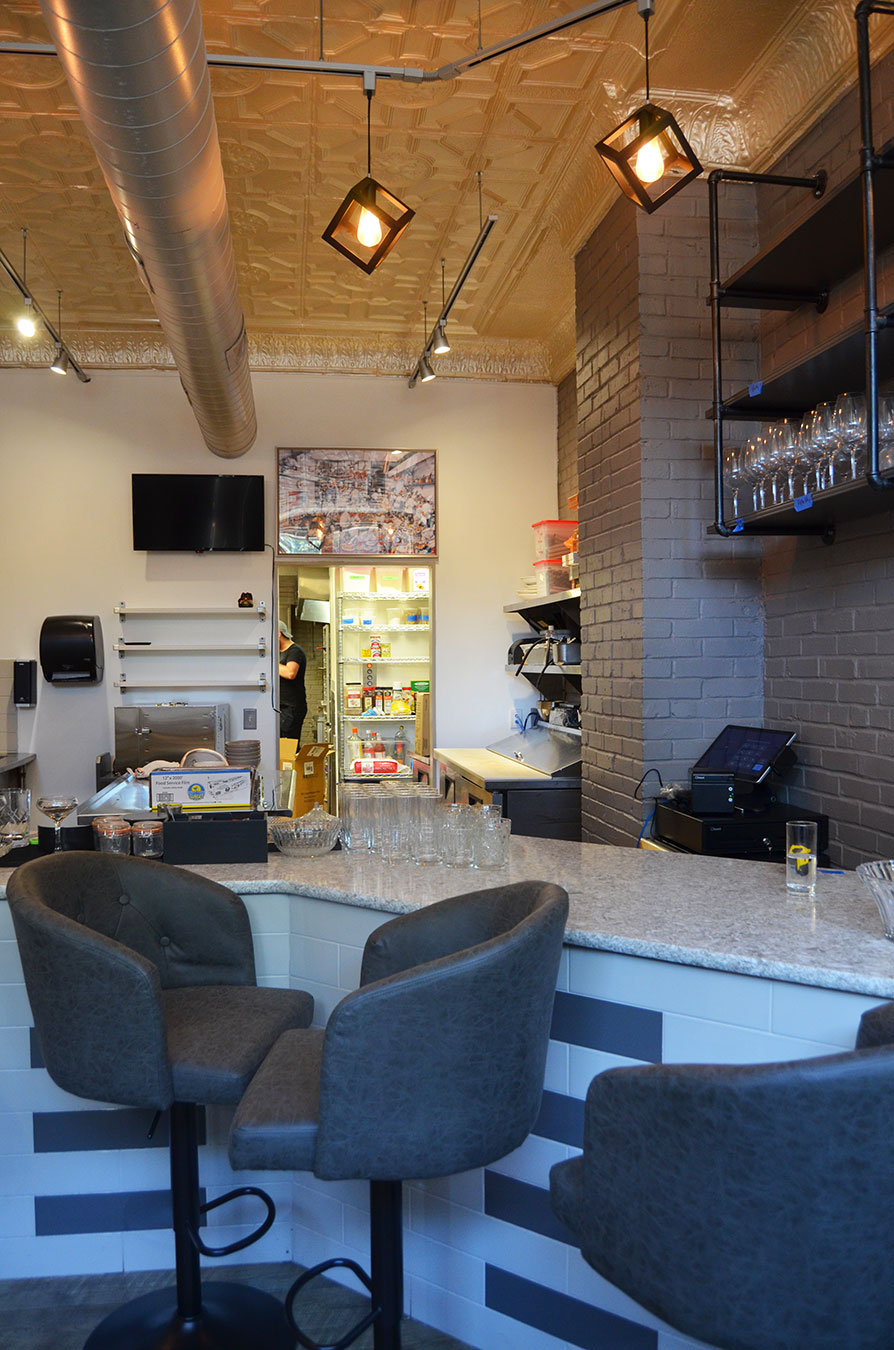 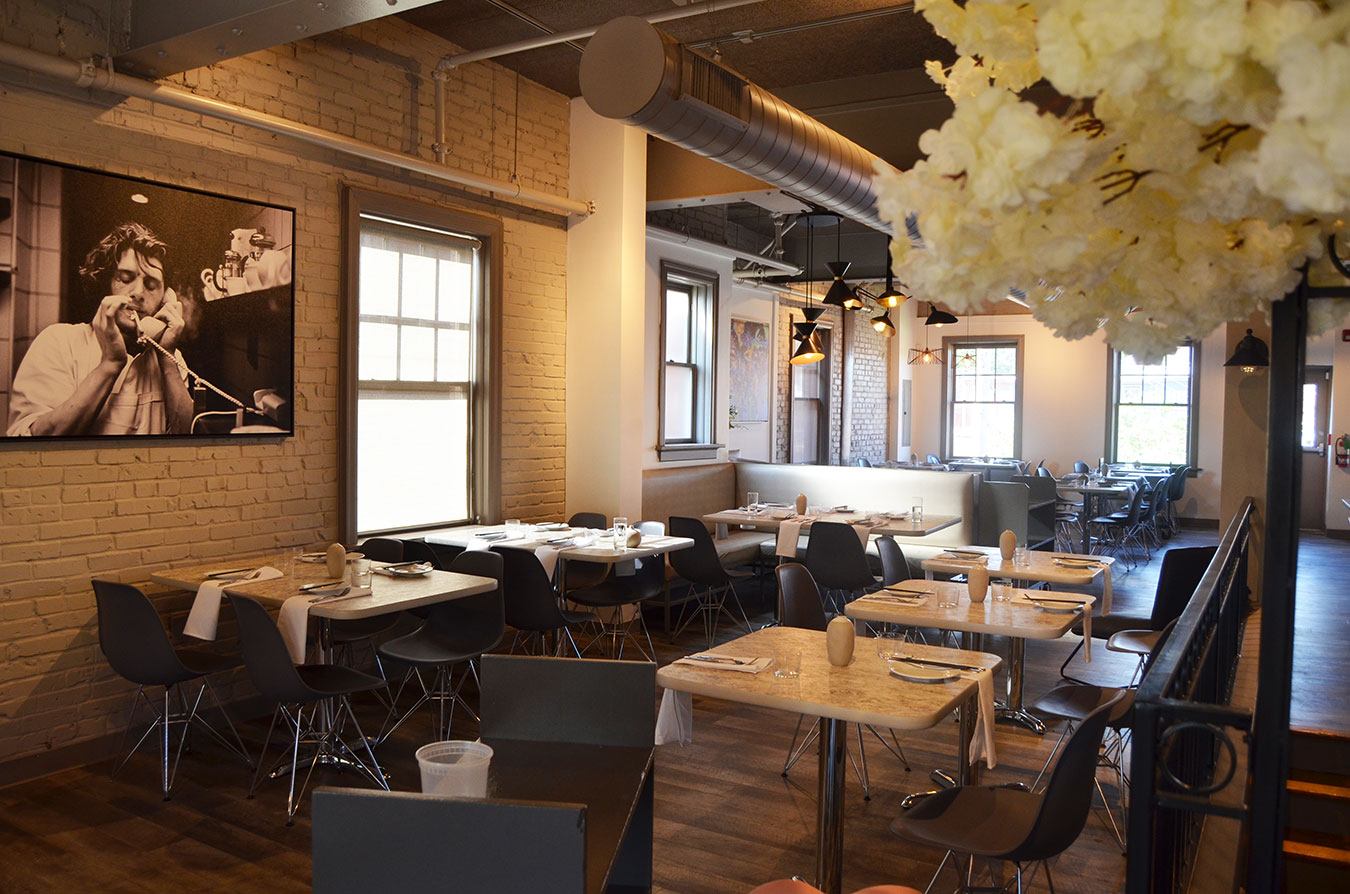 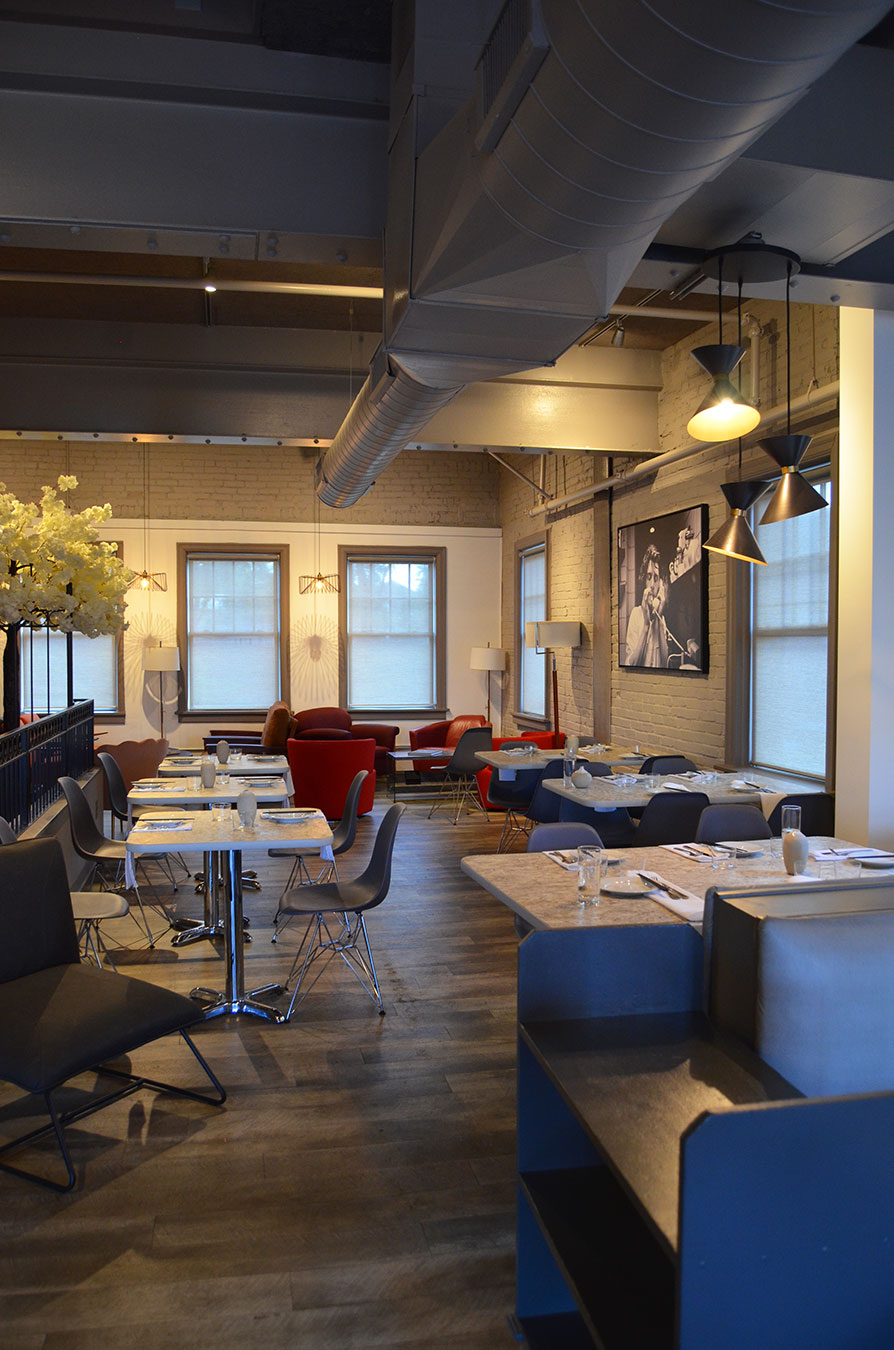 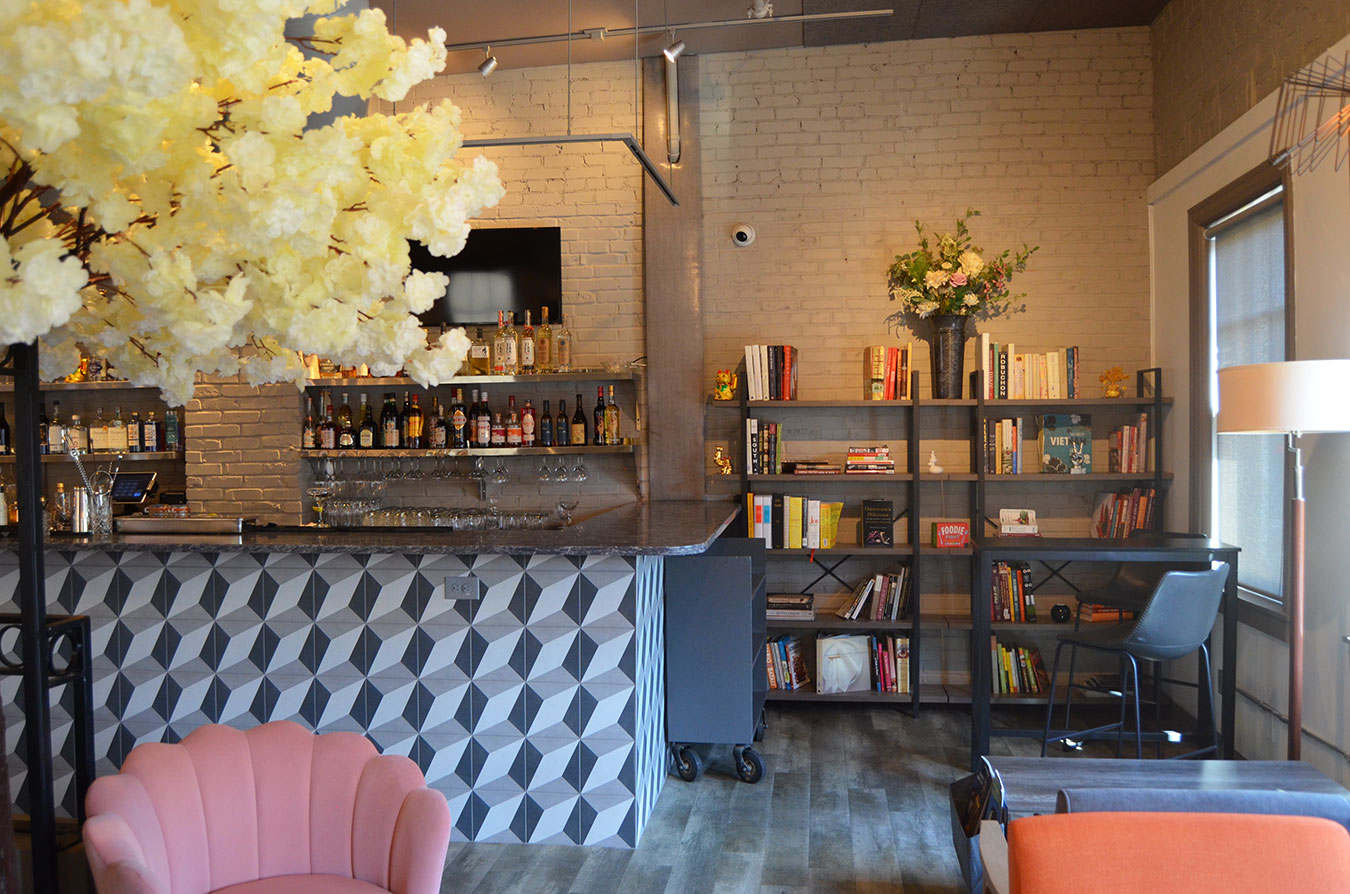 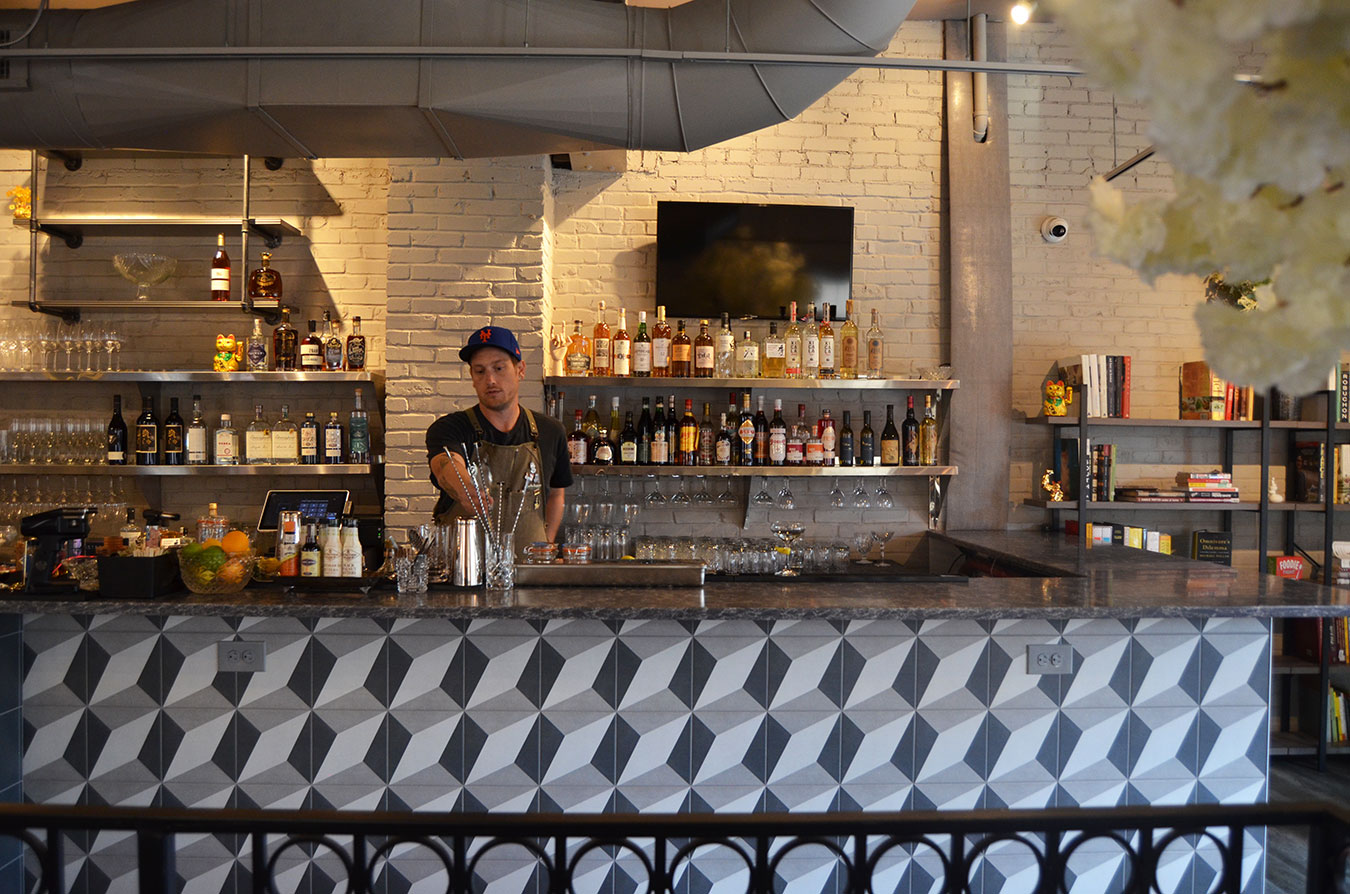 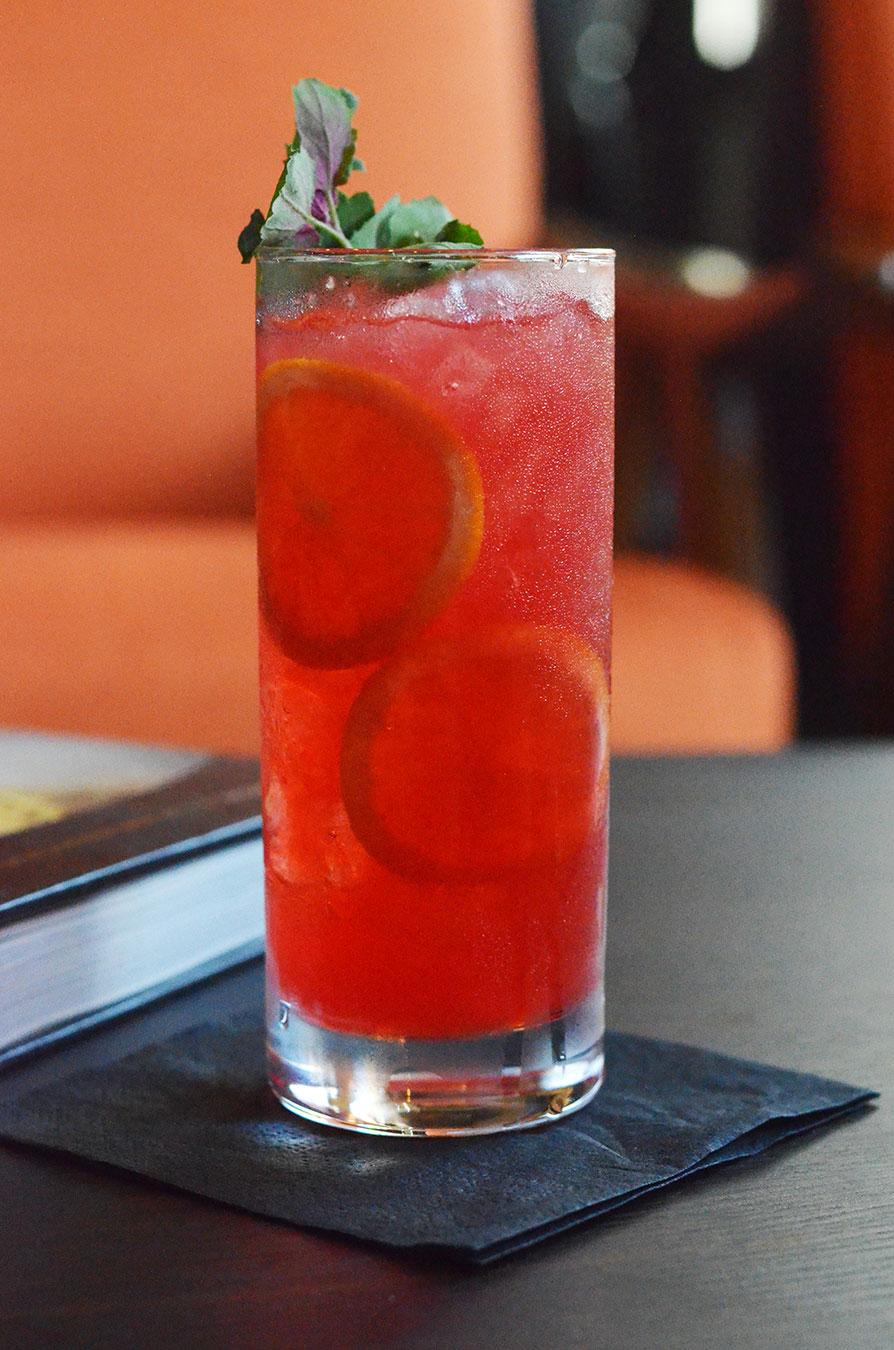 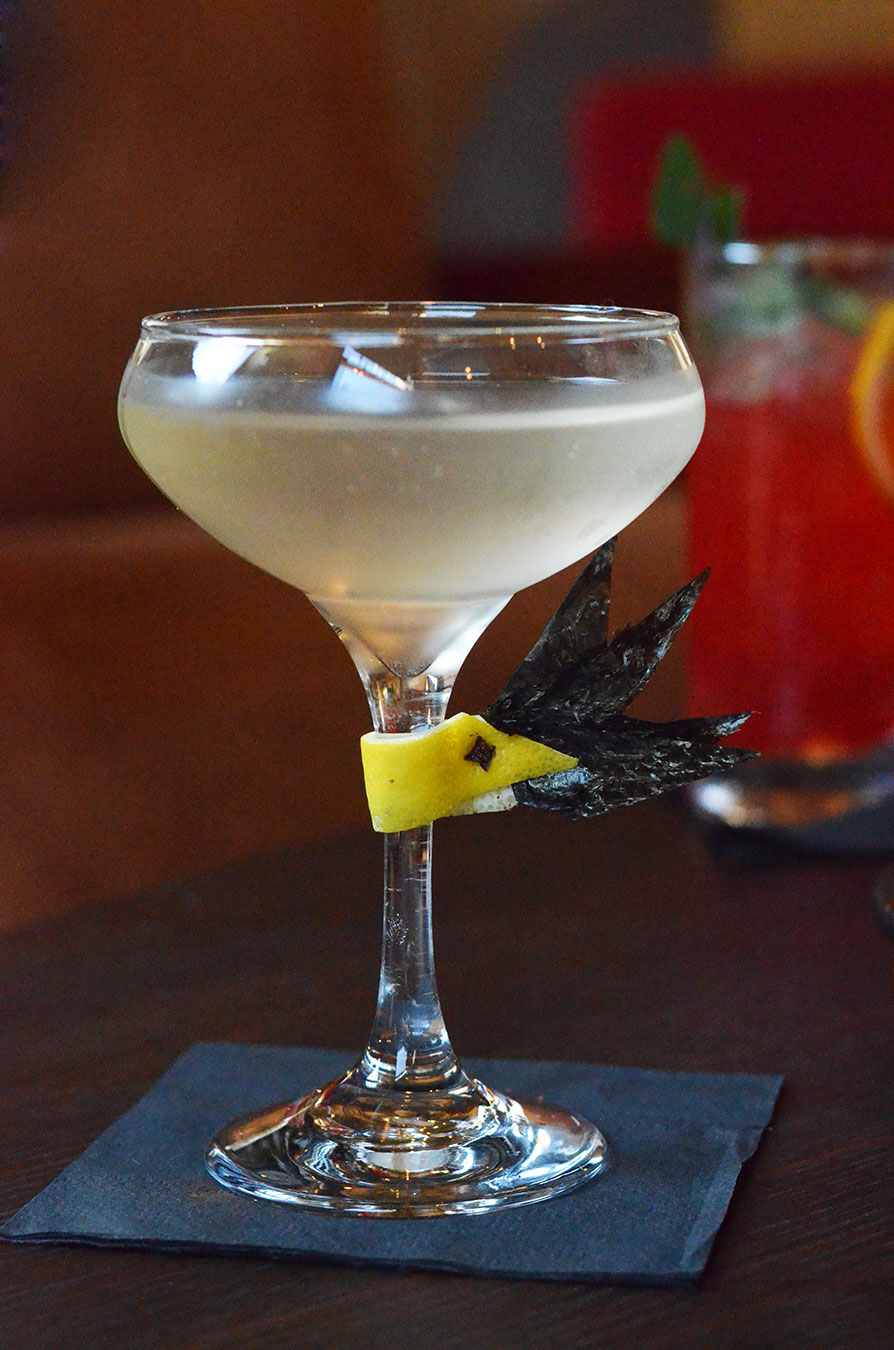 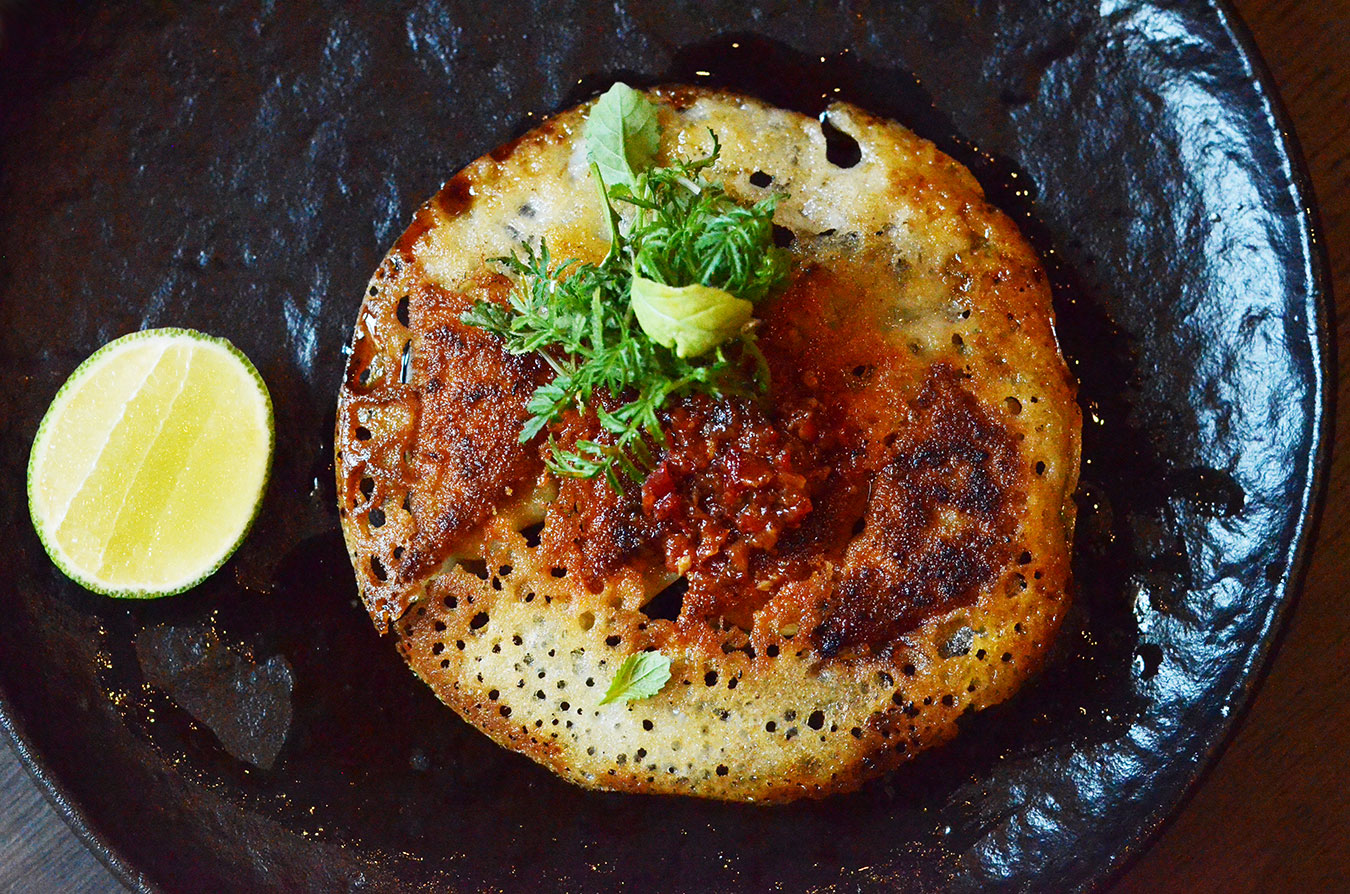 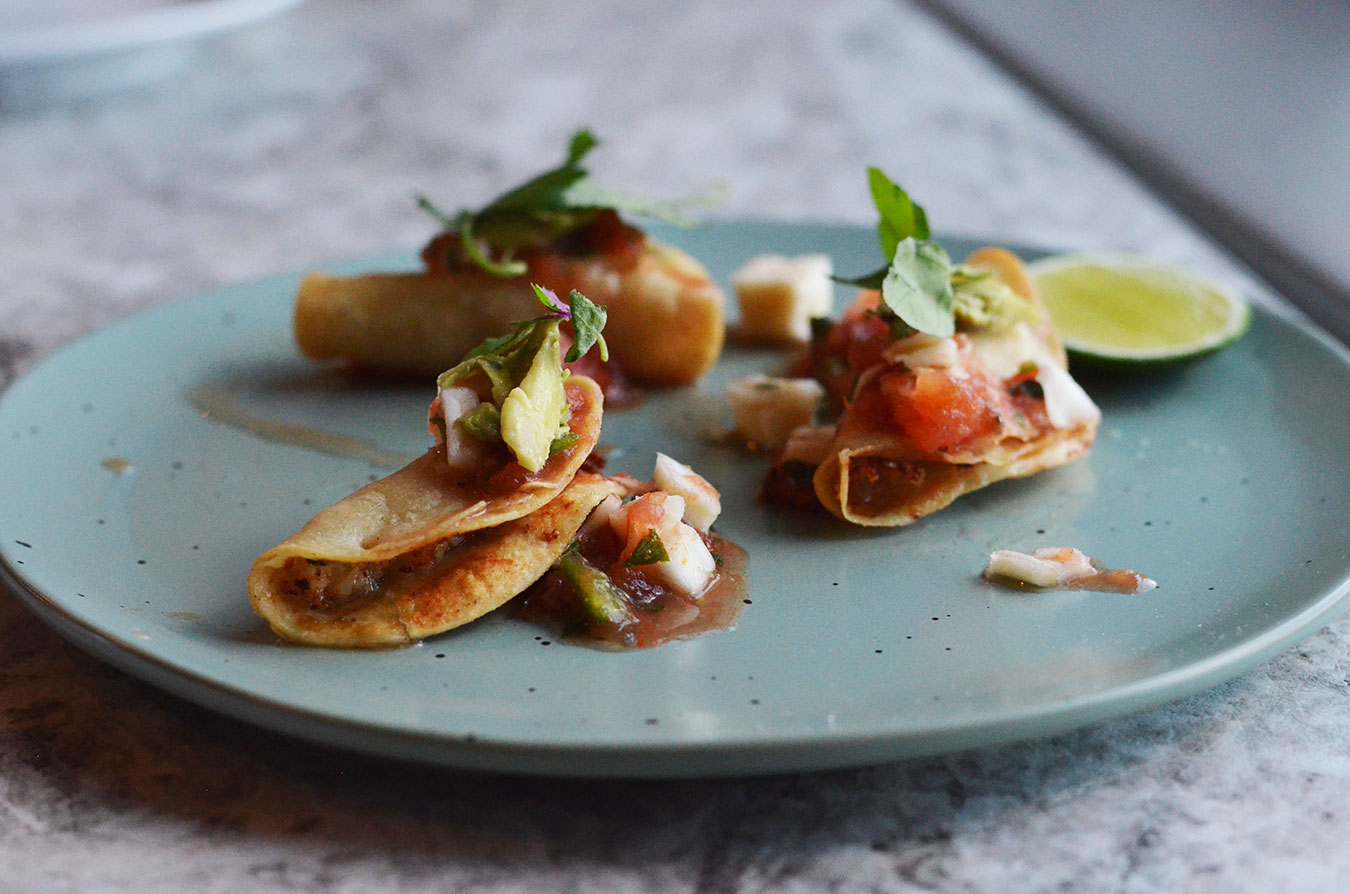 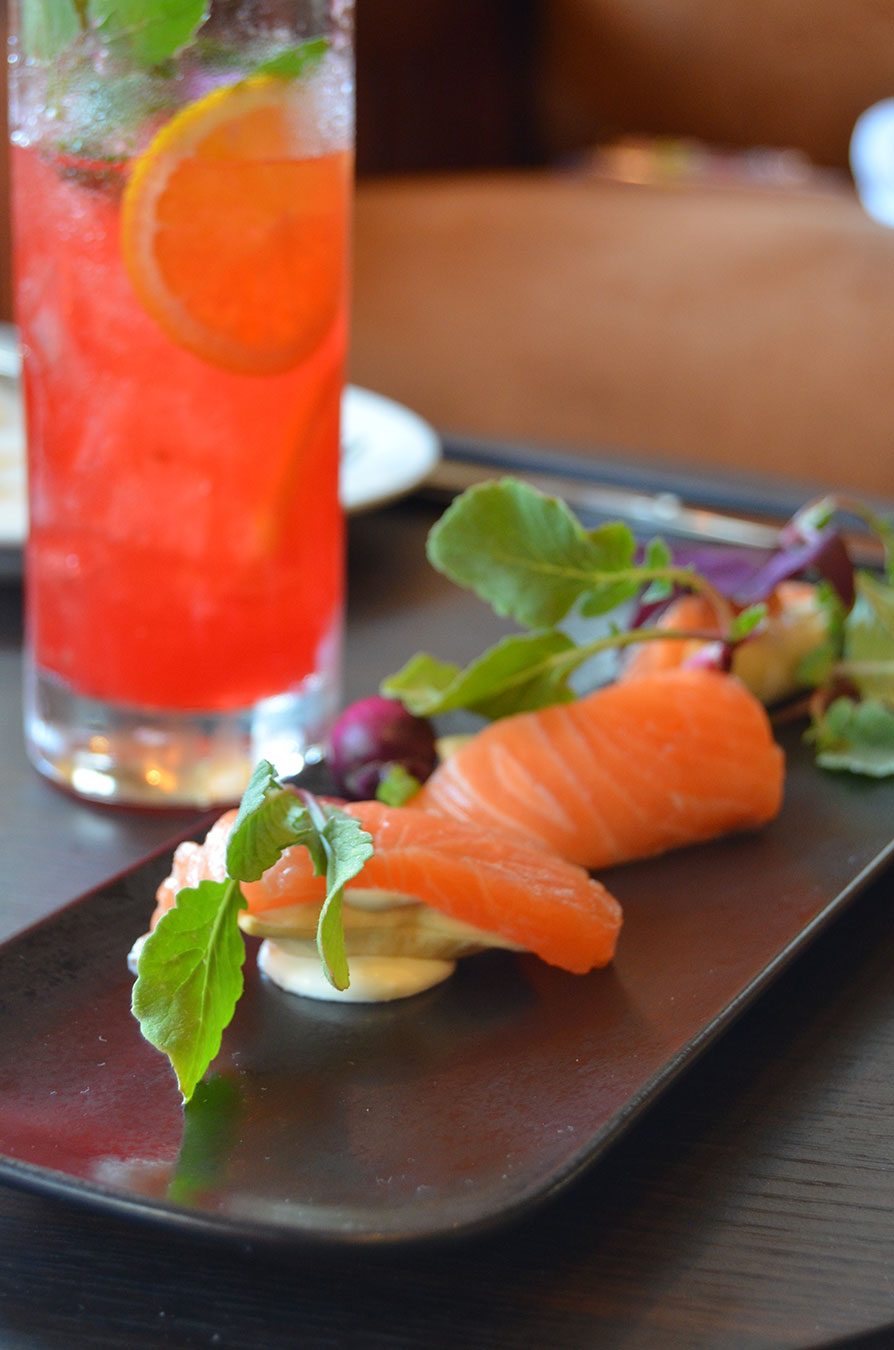 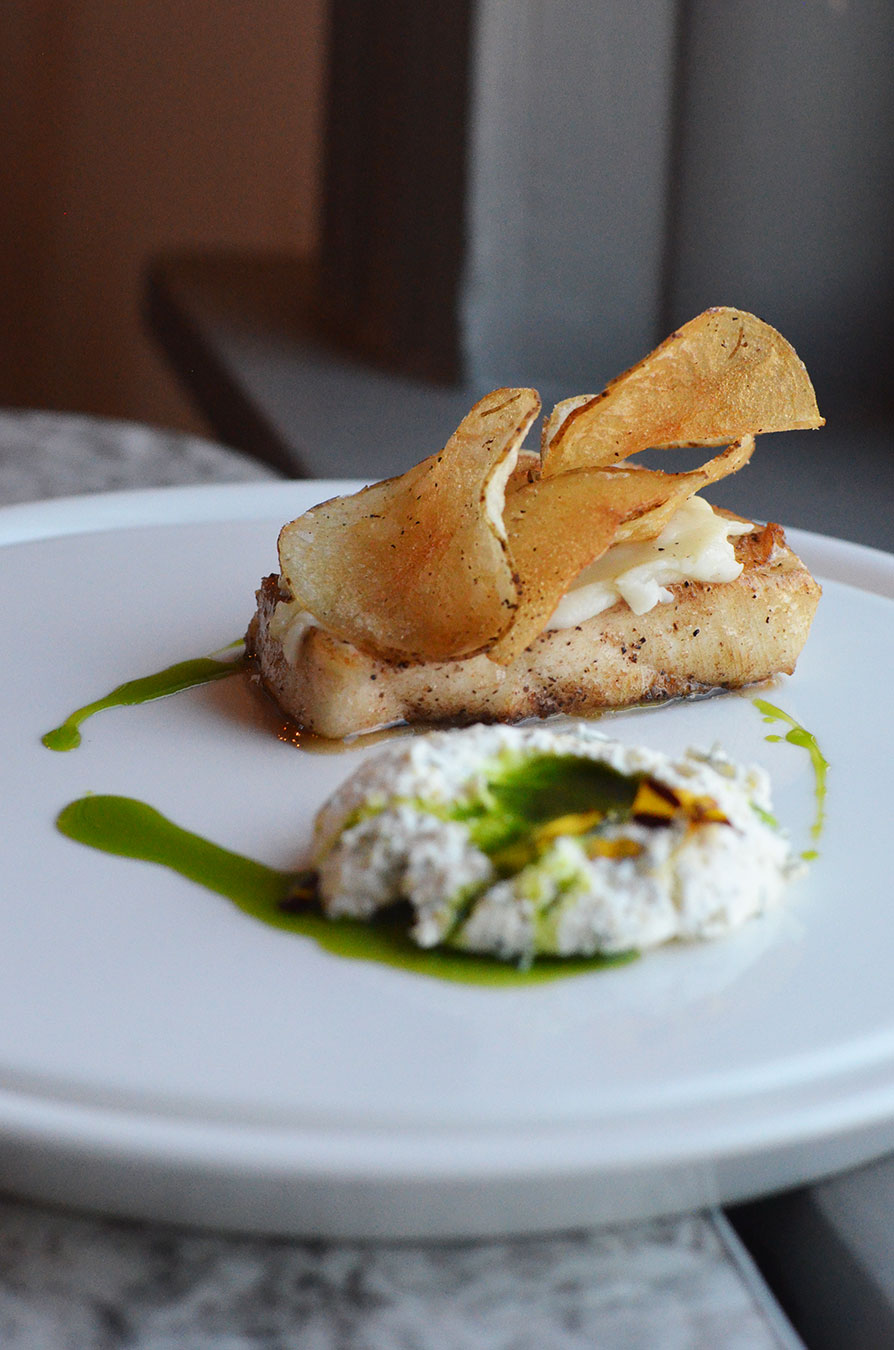