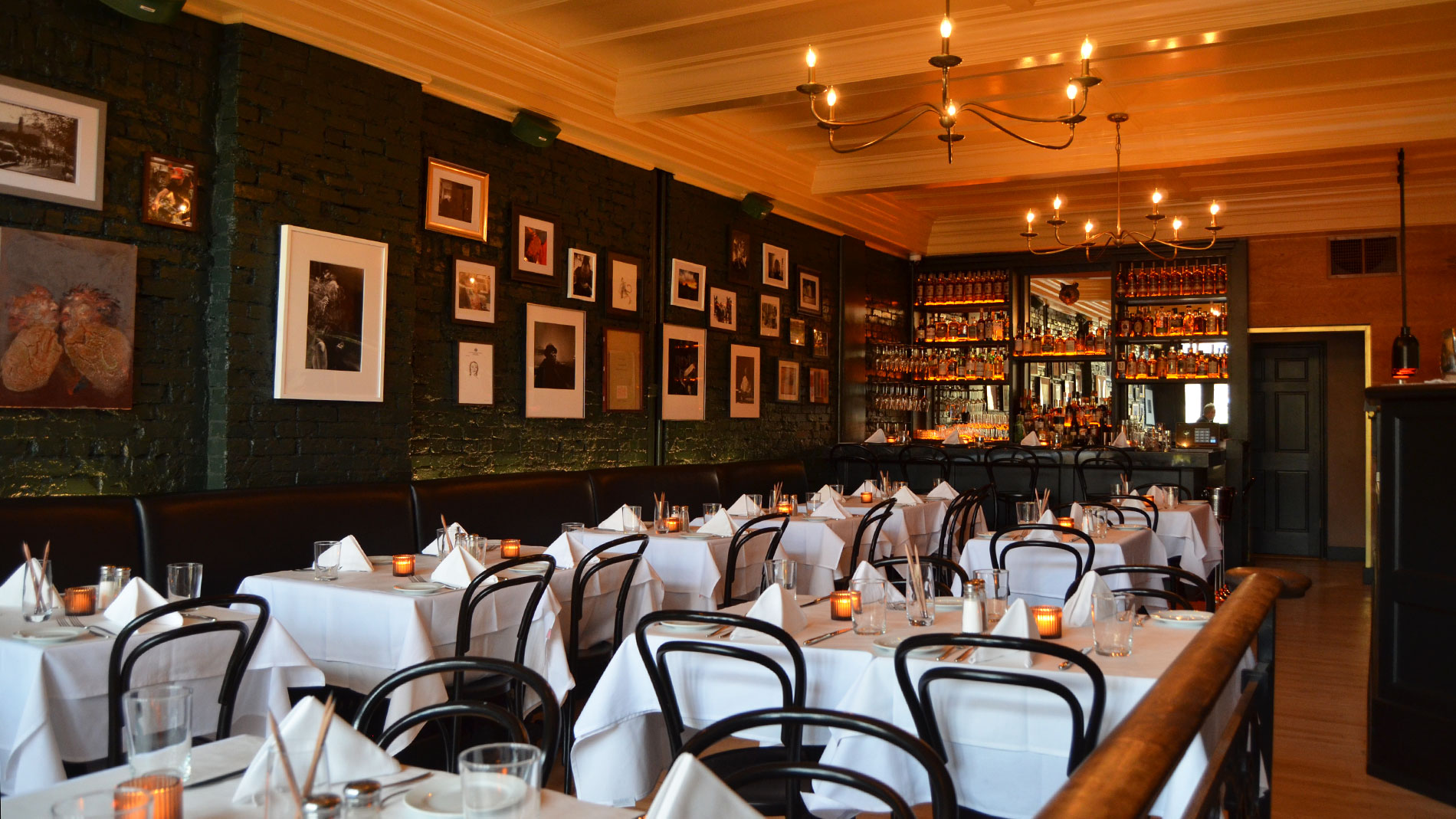 Wright’s Tavern, the second restaurant from Louie owner Matt McGuire, will open on Monday, Dec. 5. The restaurant, a steakhouse in the classic tradition, has moved in to the former I Fratellini space at 7624 Wydown Blvd. in Clayton.

Matt McGuire and head chef Cary McDowell said the impulse behind Wright’s Tavern was simple. “We want to eat this food. I want to have lunch here,” McGuire said. “I wanted this place to be the place he [McGuire] and I would want to come eat three or four times a week and hang out and talk as best friends,” McDowell said. “We need a place to go do that, so we had to create one.”

The execution of that vision is impressed upon you from the moment you swing the door open, revealing a beautiful slab of marble flooring with the restaurant’s name inlaid in brass. Wright’s Tavern is a testament to the skill of those involved in its creation: That statement entryway flooring and other brass features are the work of Jonas Janek’s Henley Forge, and wood paneling from David Stine Furniture brightens and adds textural warmth to the dining room.

The restaurant’s name is a tribute to Henry Wright, the early 20th century “garden city” architect and planner who designed the nearby Brentmoor, Brentmoor Park and Forest Ridge subdivisions as well as the World’s Fair Pavilion in Forest Park.

The dining room is a pitch-perfect setting for the menu that McGuire and McDowell have created. Banquette seating runs the length of the space, which seats 36 guests at tables draped with white tablecloths. Photos taken by McGuire’s late father, St. Louis Post-Dispatch reporter John McGuire, hang on a bottle green brick wall alongside work by Larry Fink, who notably documented Barack Obama’s 2008 presidential campaign.

McDowell said he’s excited about the choice of beef cuts Wright’s Tavern has put together. “I like the equal representation of the greatest hits of steak cuts,” he said. “I like the bone-in rib-eye with that weight, I like the filet at that weight.” The meat cuts are sourced from Iowa Premium, a co-op that supplies Black Angus beef raised on Iowan family-run farms. “I think we worked hard to source the quality of the meat, the consistency of the cut so we can be a real chophouse,” McDowell said.

Much of the menu at Wright’s Tavern will be as familiar as the words to your favorite song. Hors d’oeuvres include East Coast oysters and shrimp cocktail; there are salads like the Tavern Caesar and wedge salads and mains like fish dishes and steaks – a 14-ounce New York strip, an 18-ounce rib-eye, a 10-ounce filet mignon. McGuire acknowledges the inherent risk this approach carries. “You kind of put yourself in harm’s way when you make things that are familiar,” he said. However, he and McDowell are confident that diners will notice the difference in the details.

“When we're thinking about things to put forth, we want to do the best iteration that we can do of the thing that's historically the dish,” McDowell said. The guest should taste that attention to detail from the first bite to the last. “I probably spend more time on soft butter on our bread plate at the beginning of the meal than most people do on the entrée,” he said. “There's French salt from Brittany, there’s Partanna olive oil from Italy … The little details are important to us. We’ve got to make sure the butter’s right, the crust on the bread is right, the croutons are fresh but cooked right on the Caesar salad; on the steak, the things that can render, render.”

The dessert selection includes a huge slice of wedding cake with buttercream icing and a whipped cream center, but the show-stopping grand finale is the gigantic ice cream sundae. Designed for two-to-four diners to share, the sundae is served in the center of a tray holding an assortment of chocolates, nuts, marshmallows and other treats. McGuire describes his happiness at watching well-heeled guests at pre-opening dinners swoon over the sundae. “It was really cute seeing these captains of industry losing it over an ice cream sundae,” he said.

The eight-drink cocktail list at Wright’s Tavern is fixated squarely on classics, but bartender Trevor Johnson nevertheless tells his own story with each of these cocktails. The Manhattan has layers of flavor, thanks to coffee-steeped sweet vermouth and pronounced cherry notes. The Tavern Julep uses Noveis Amaro and green Chartreuse, while the Old-Fashioned uses Earl Grey tea. The resulting drinks are fully fleshed characters rather than two-dimensional genre stereotypes.

The Wright’s Cola – cherry-infused Four Roses bourbon, Madagascar vanilla, Cointreau Noir, cola and lime – is based on the Elmo Cola from Indianapolis institution St. Elmo Steak House. “I want that to be a signature, I want that to be a household name,” Johnson said.

If you’re one of those drinkers who judges a bar based on their martini, the Martini & The Car will grab your attention. Made with Fords Gin, Dolin dry vermouth, Lustau Vermut Blanco and orange bitters, the martini arrives accompanied by a “sidecar” containing, essentially, a second pour, making for an 8-ounce cocktail. The Gordal olives are just the icing on the cake. 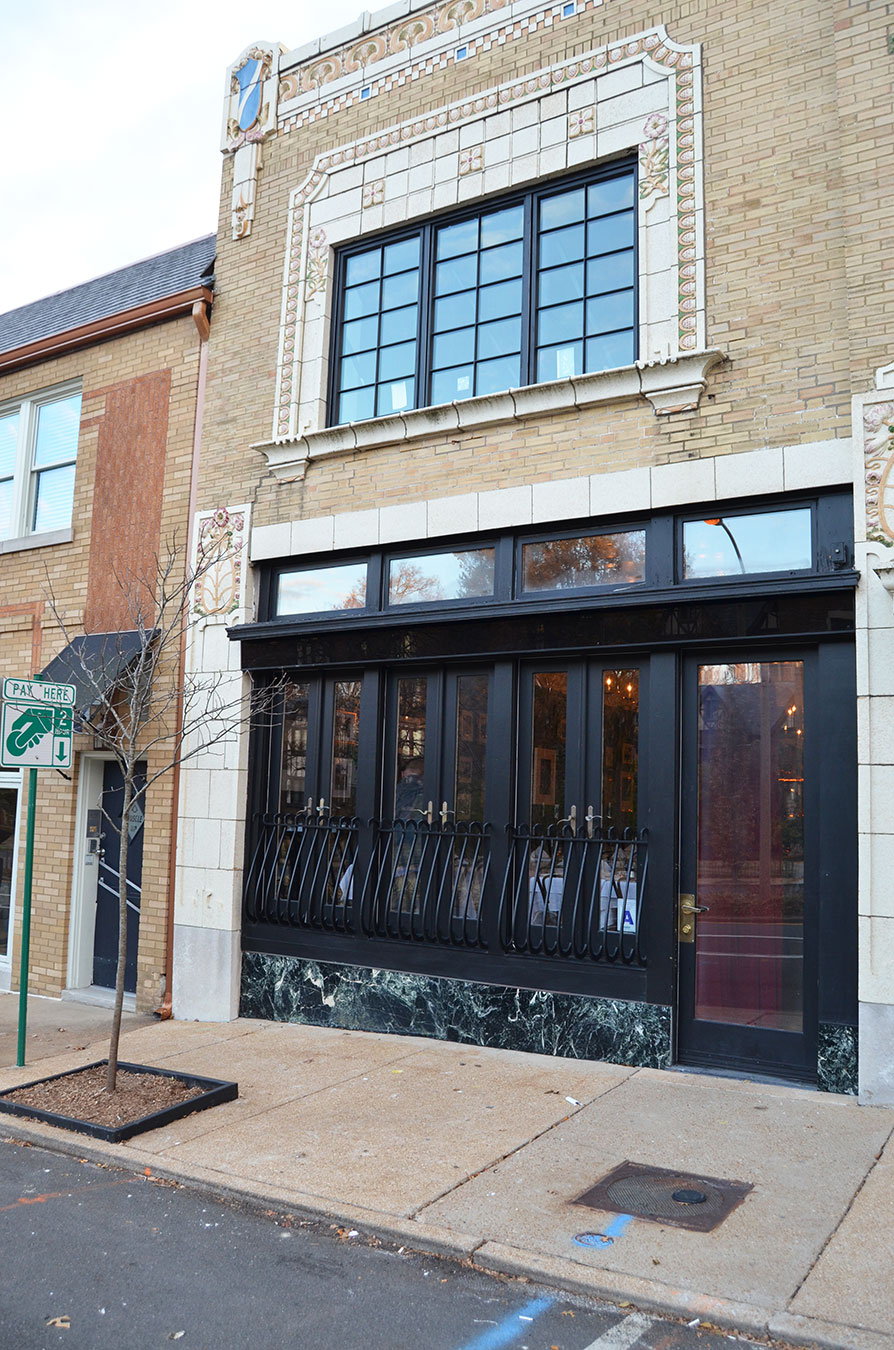 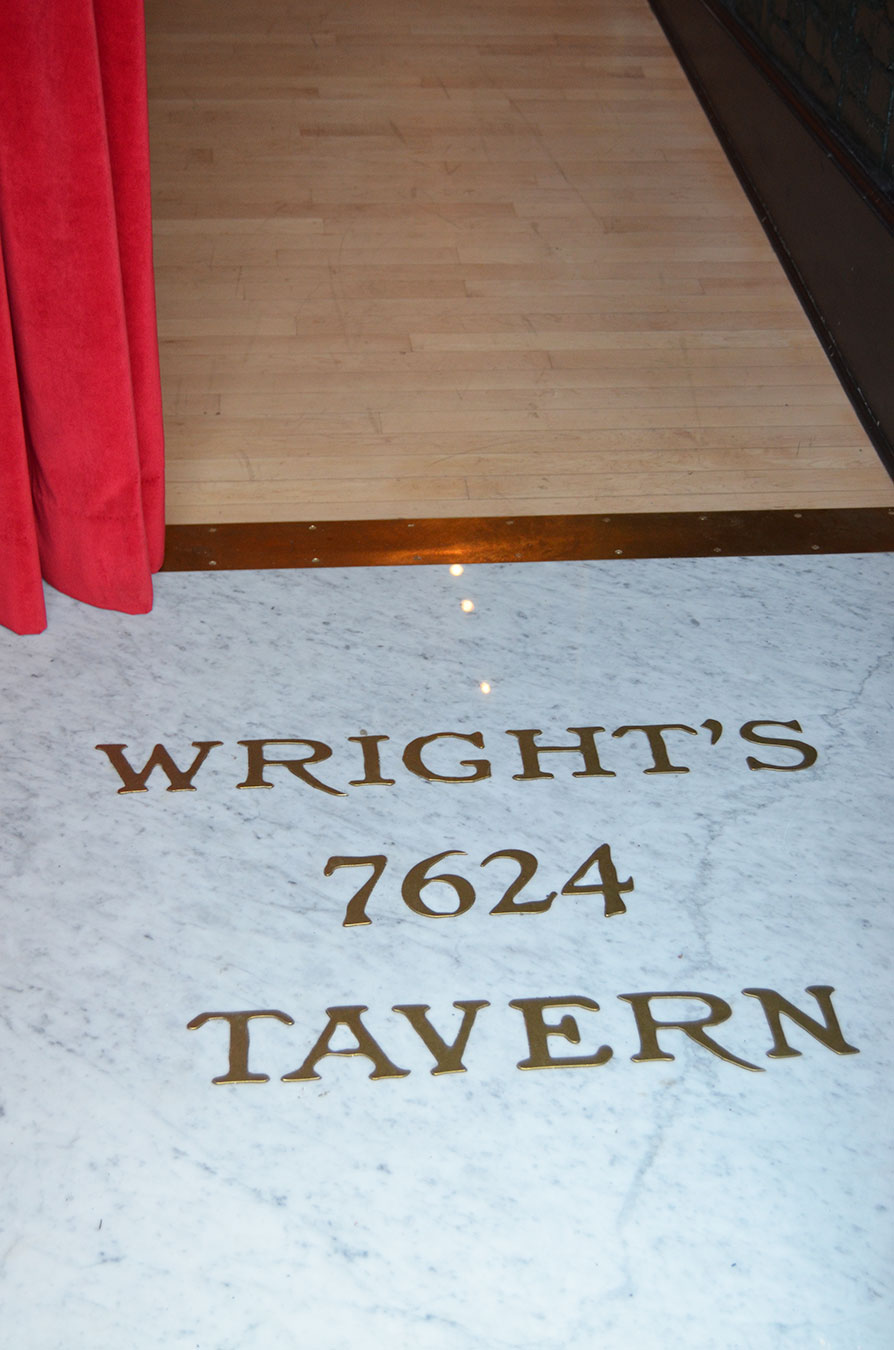 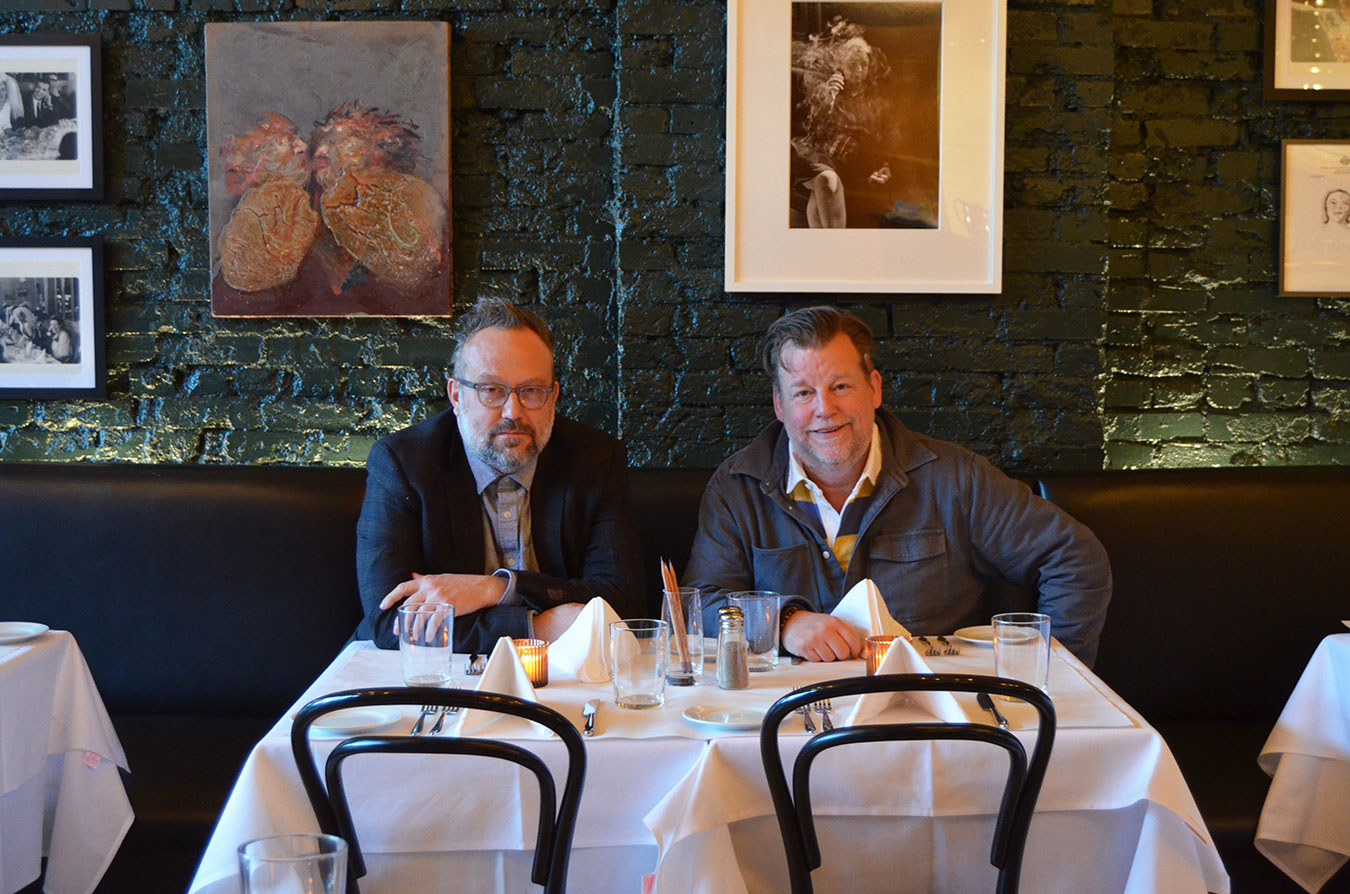 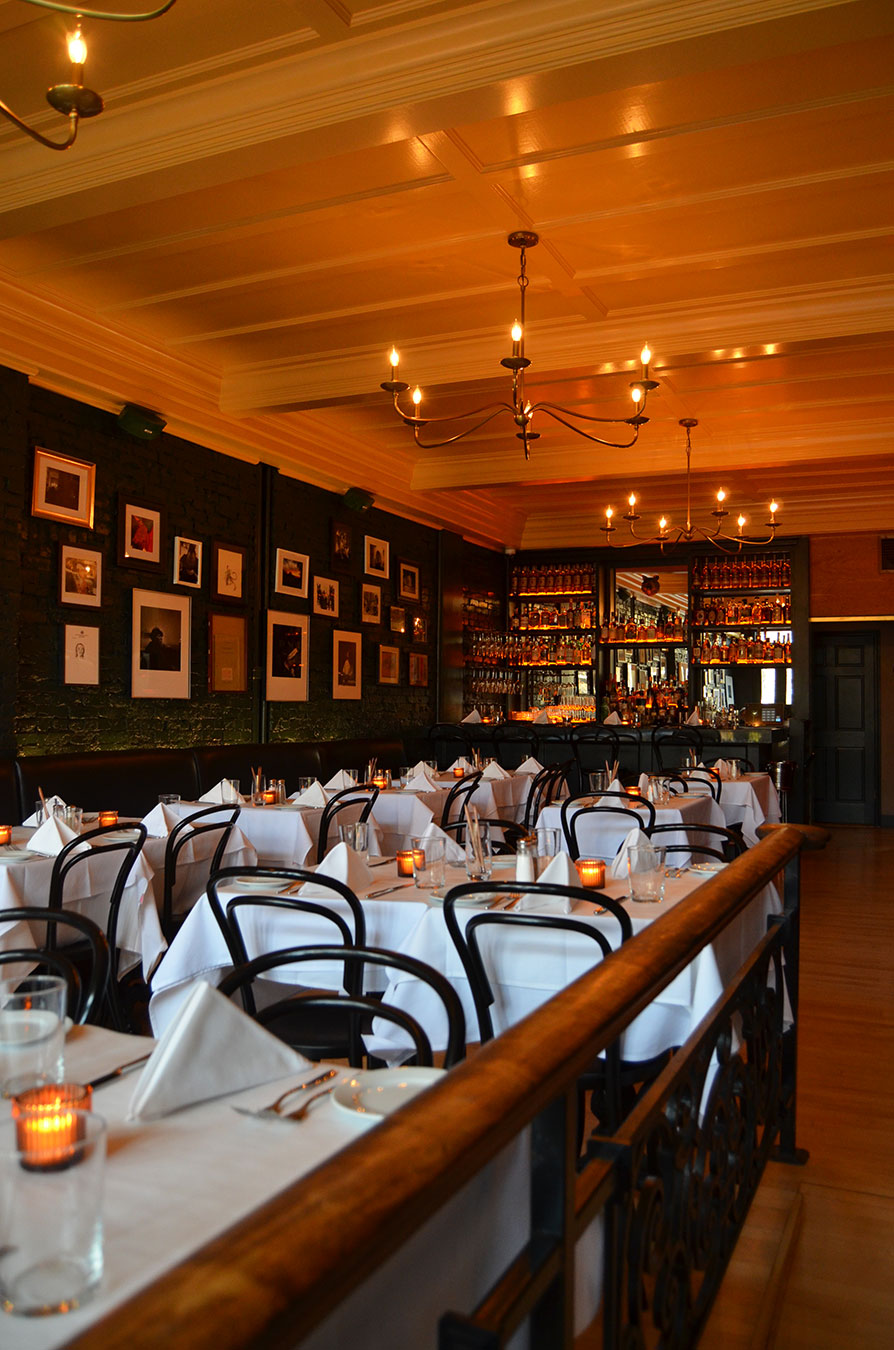 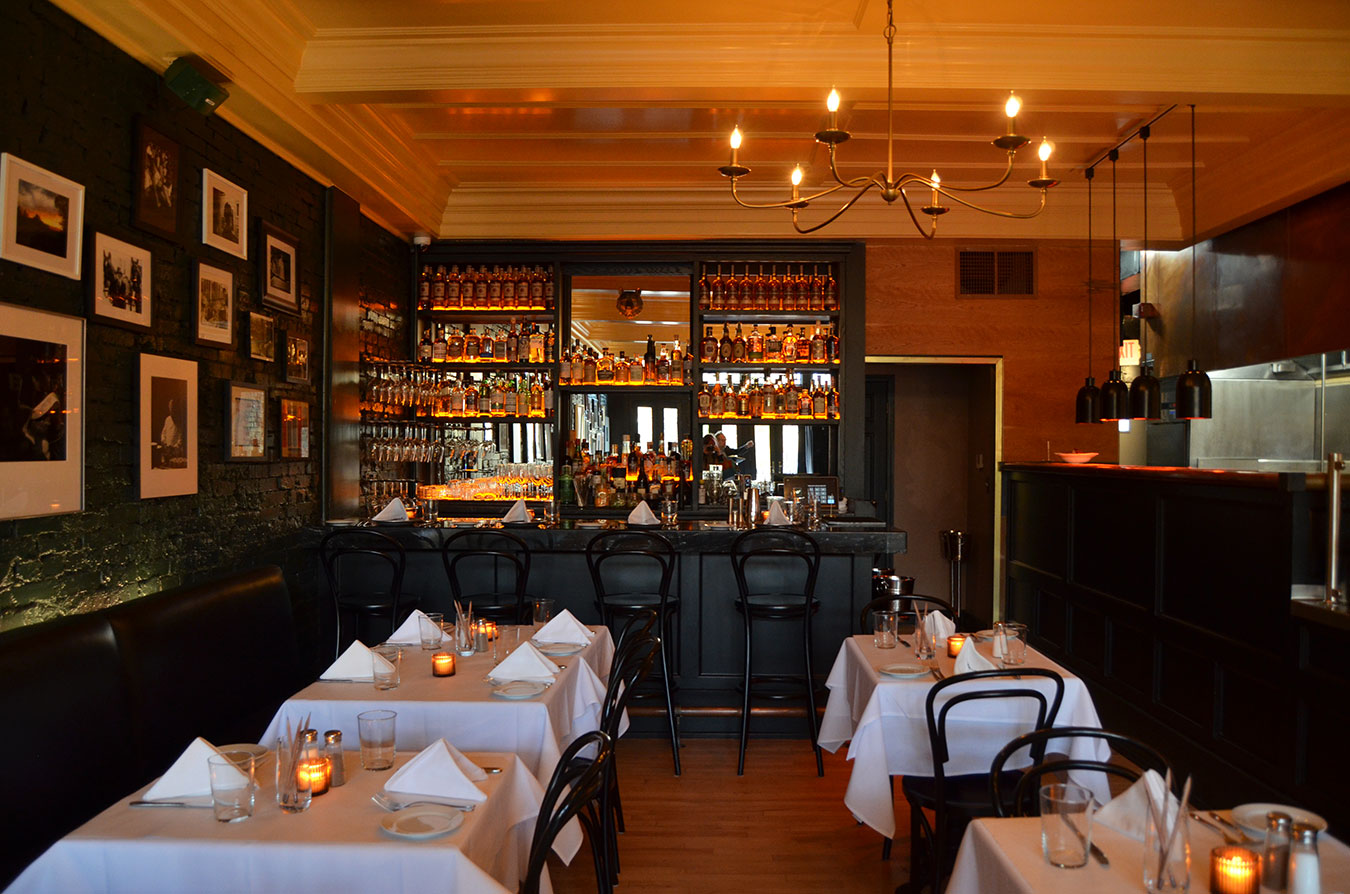 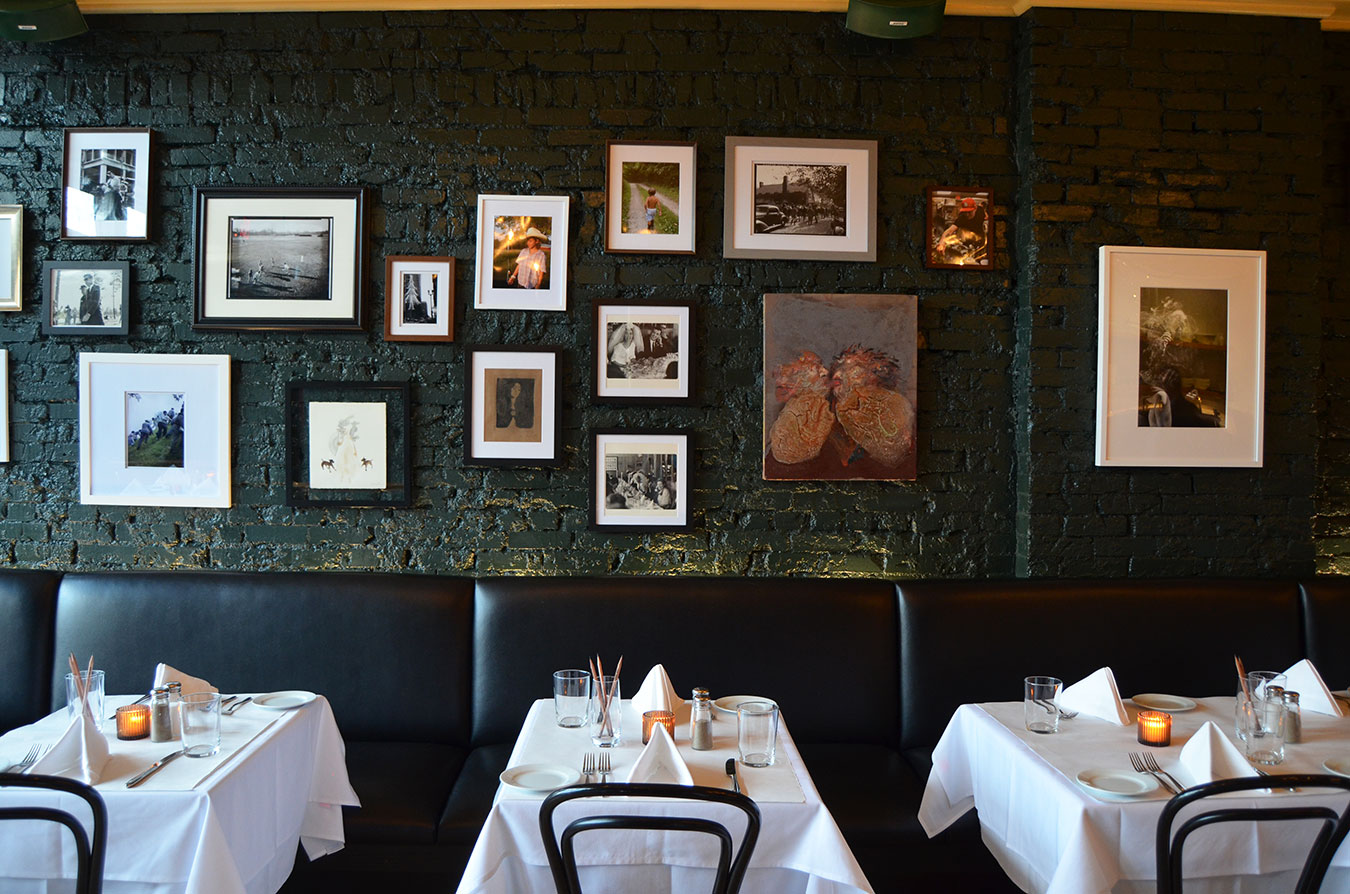 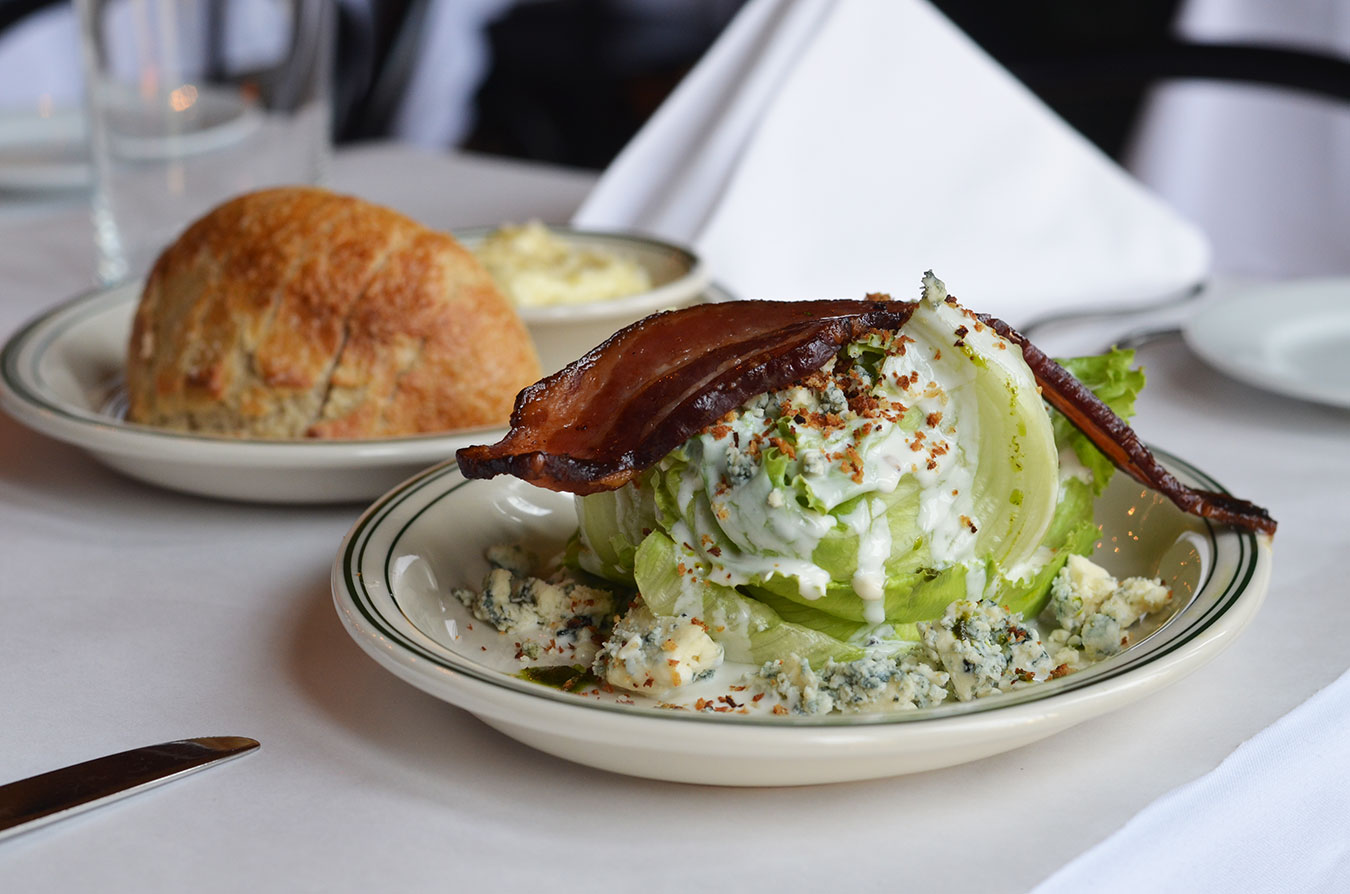 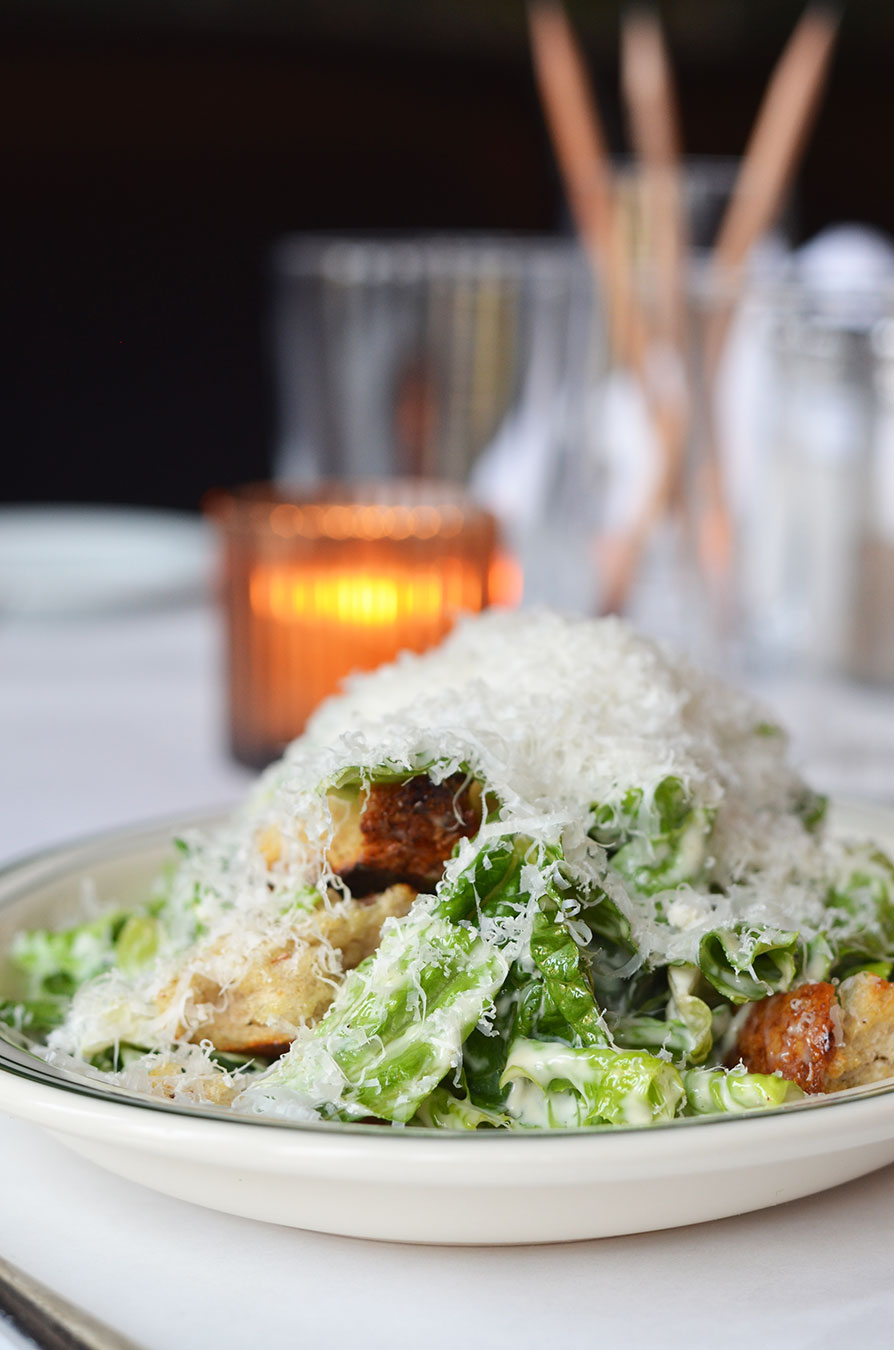 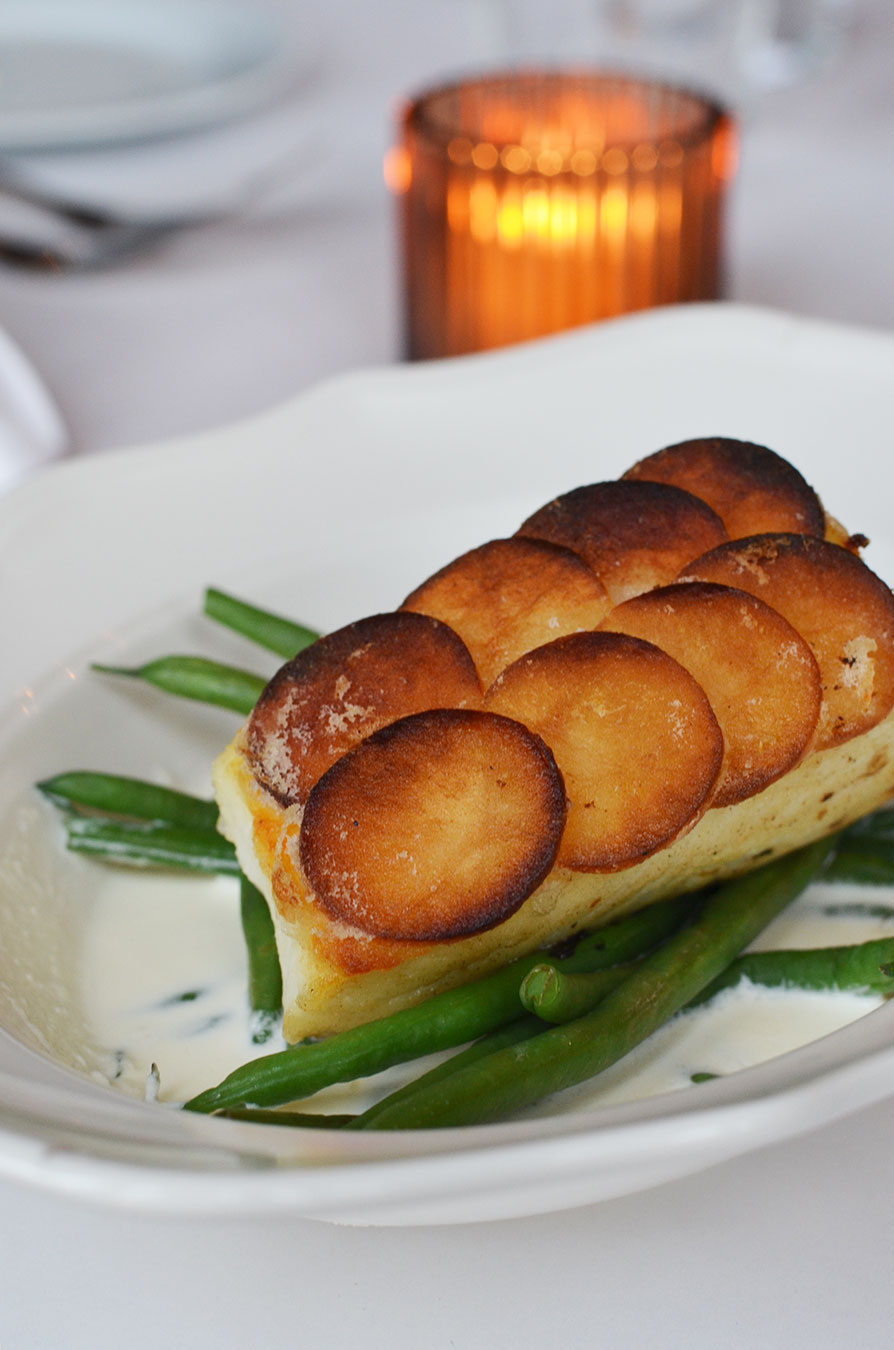 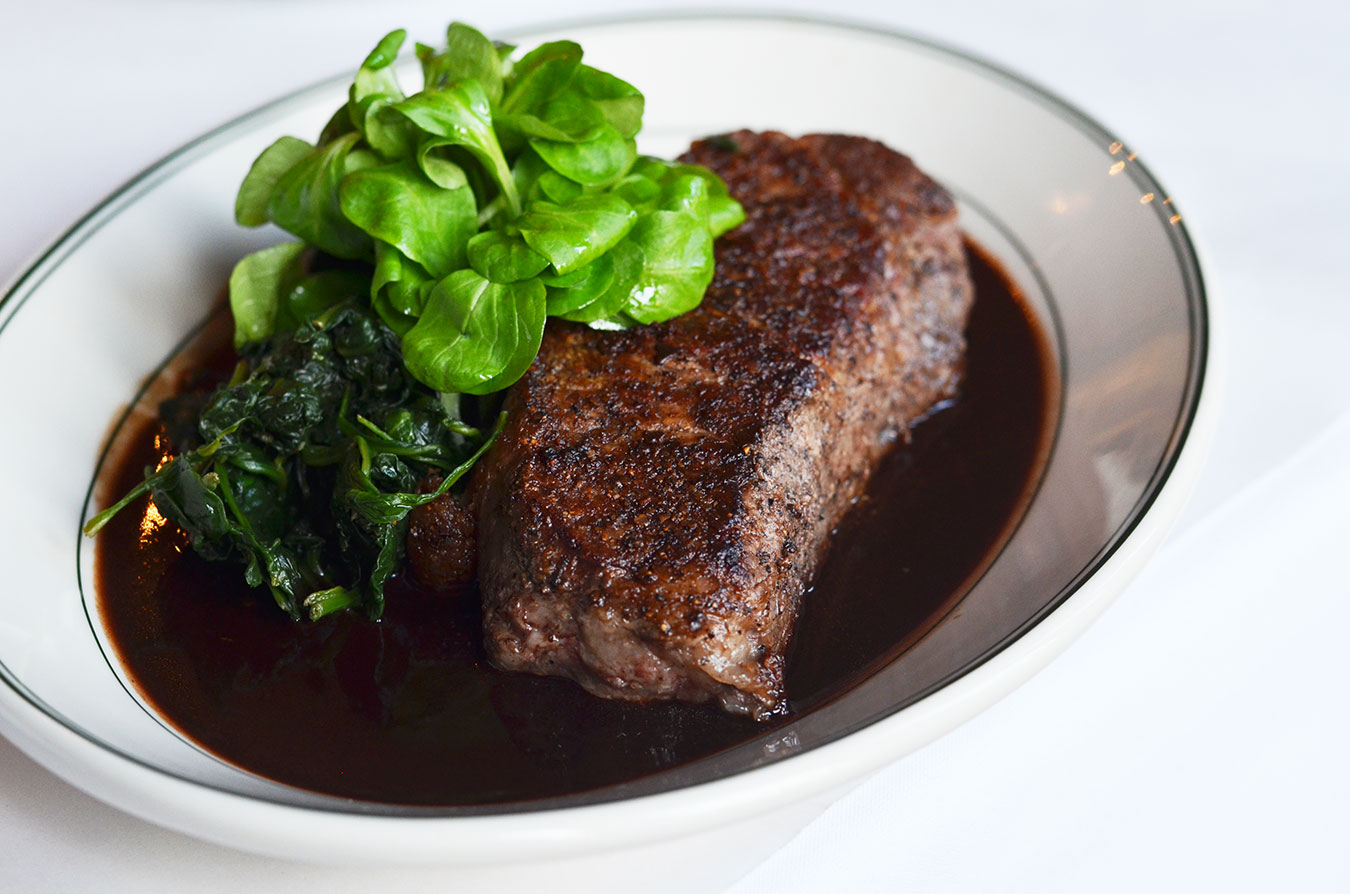 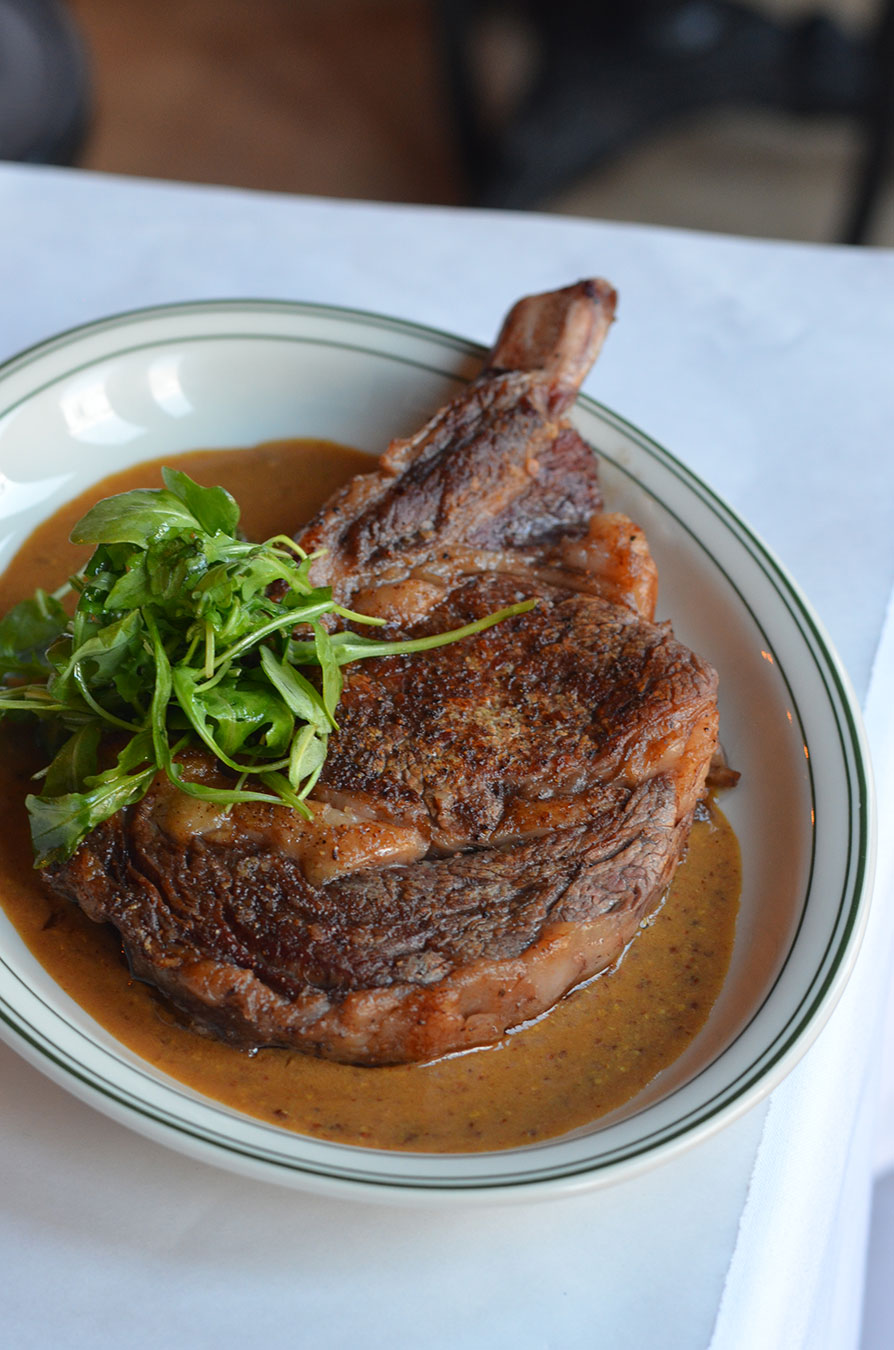 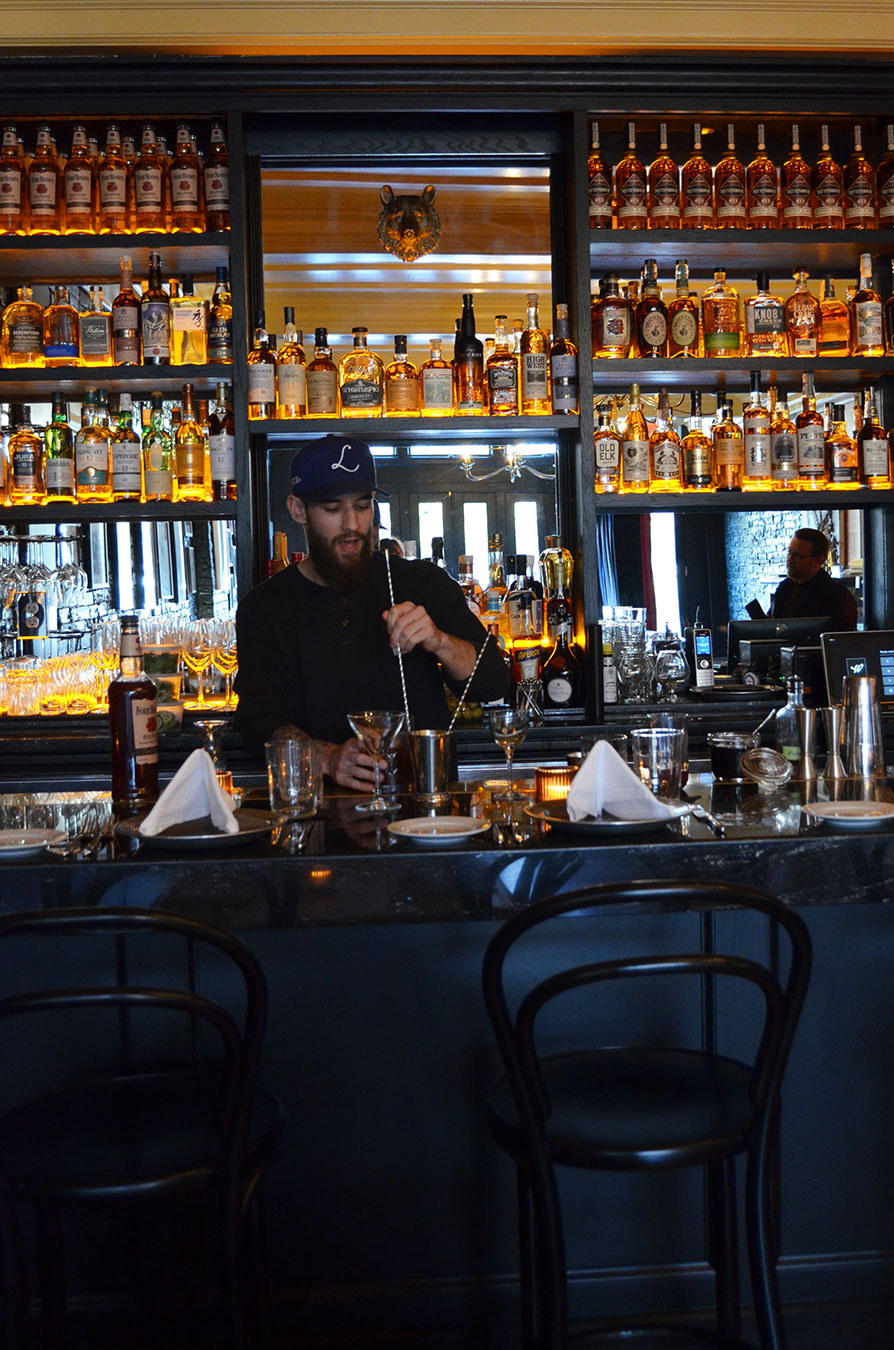 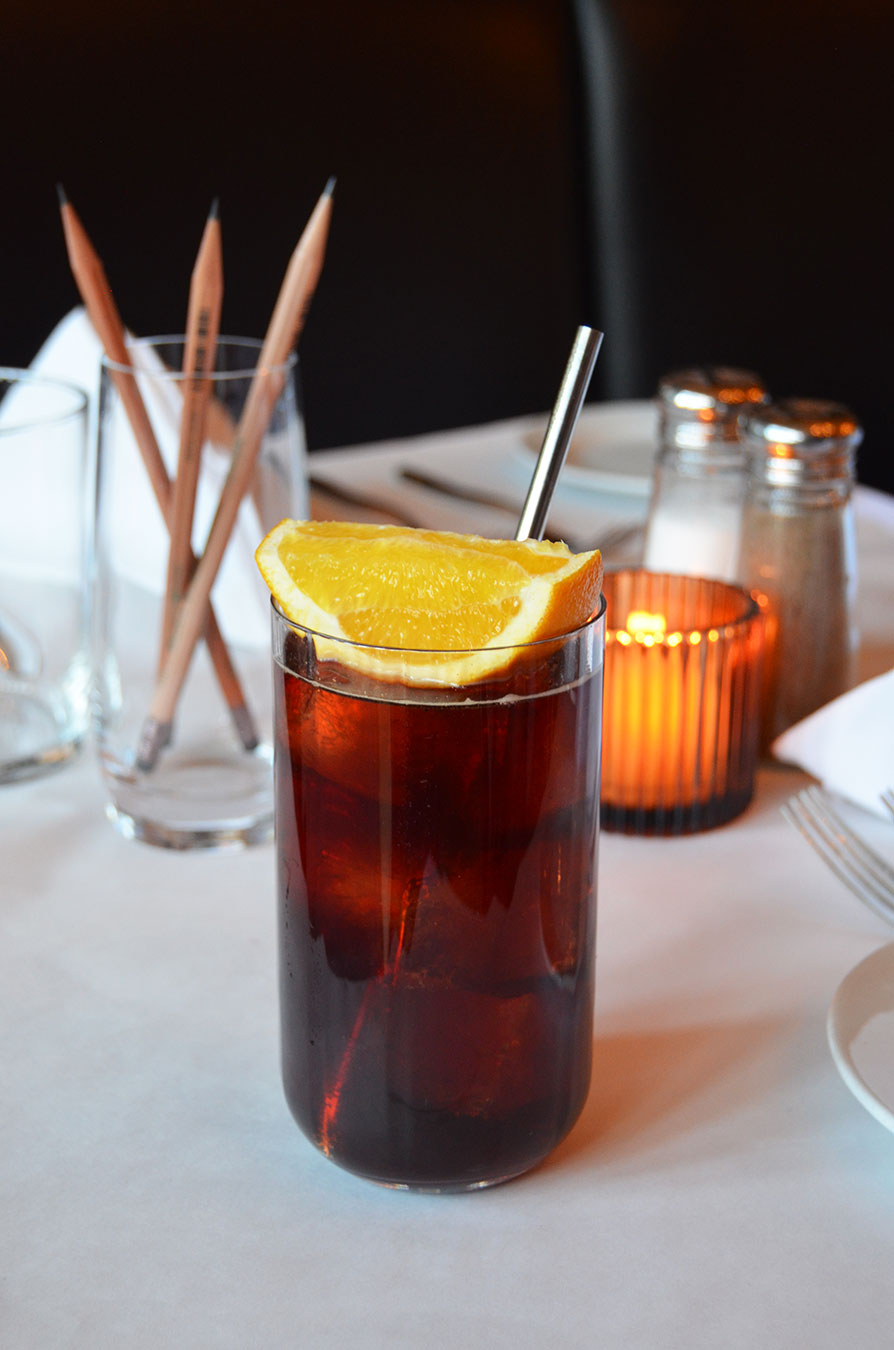 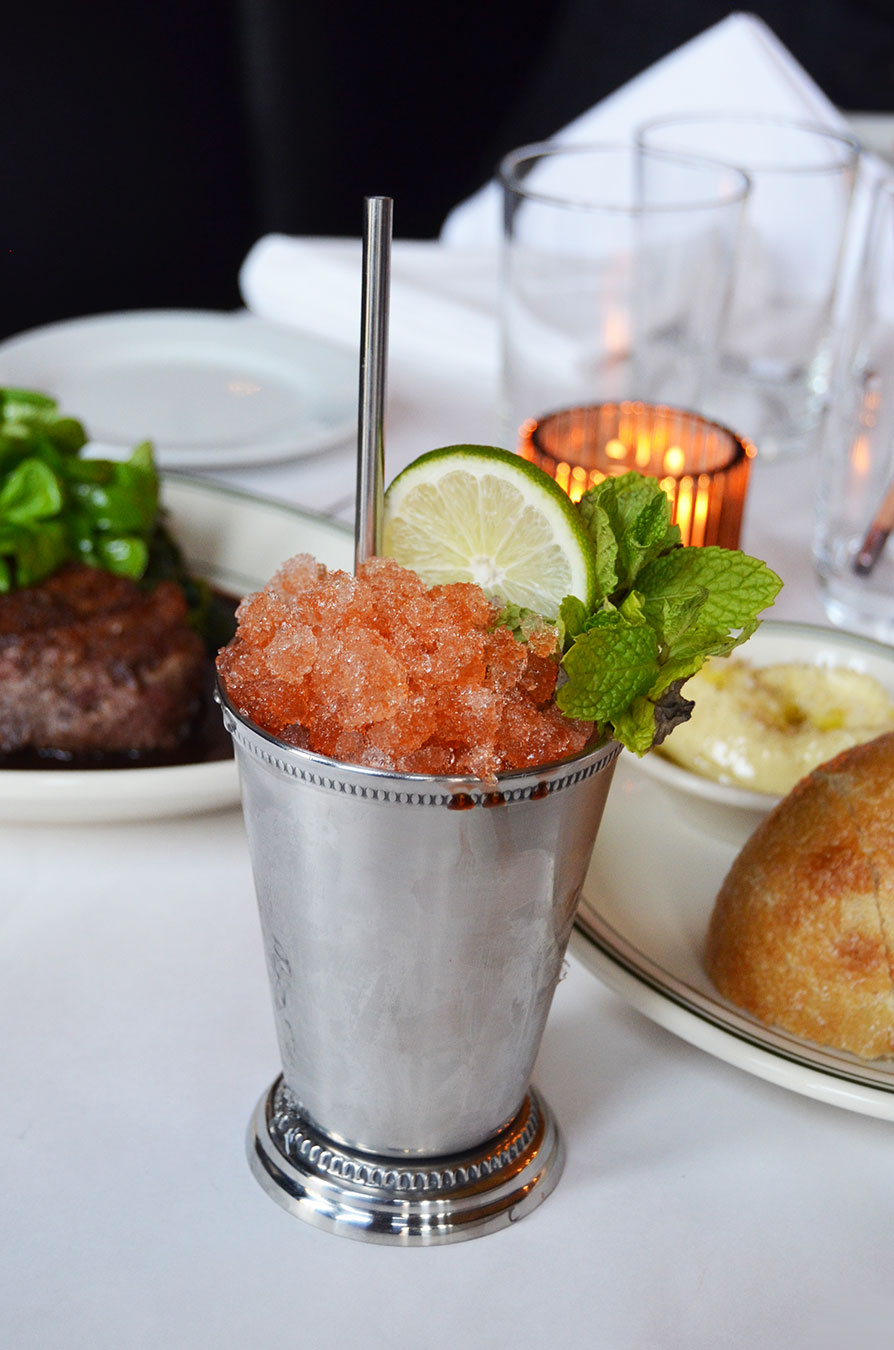 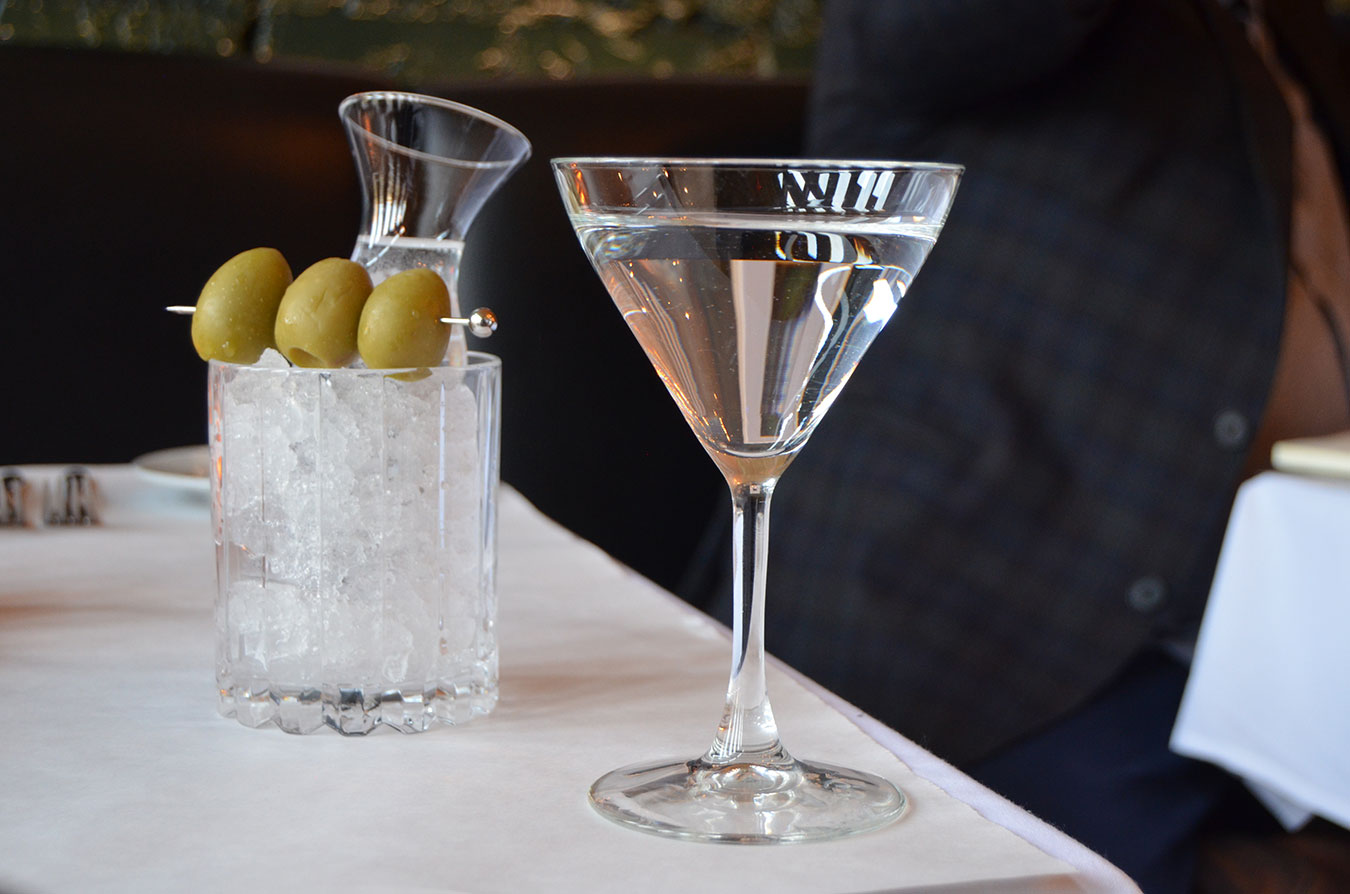 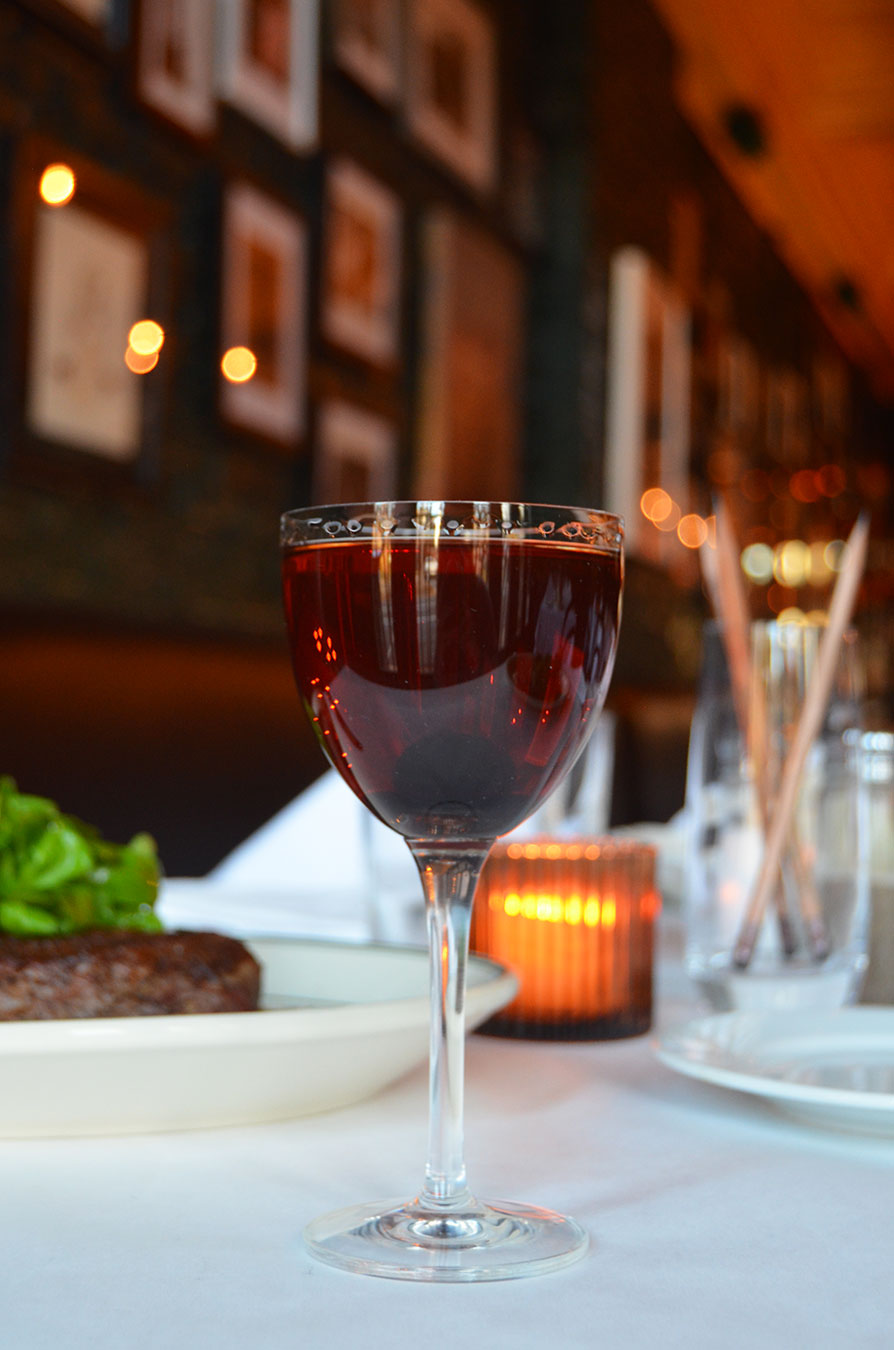 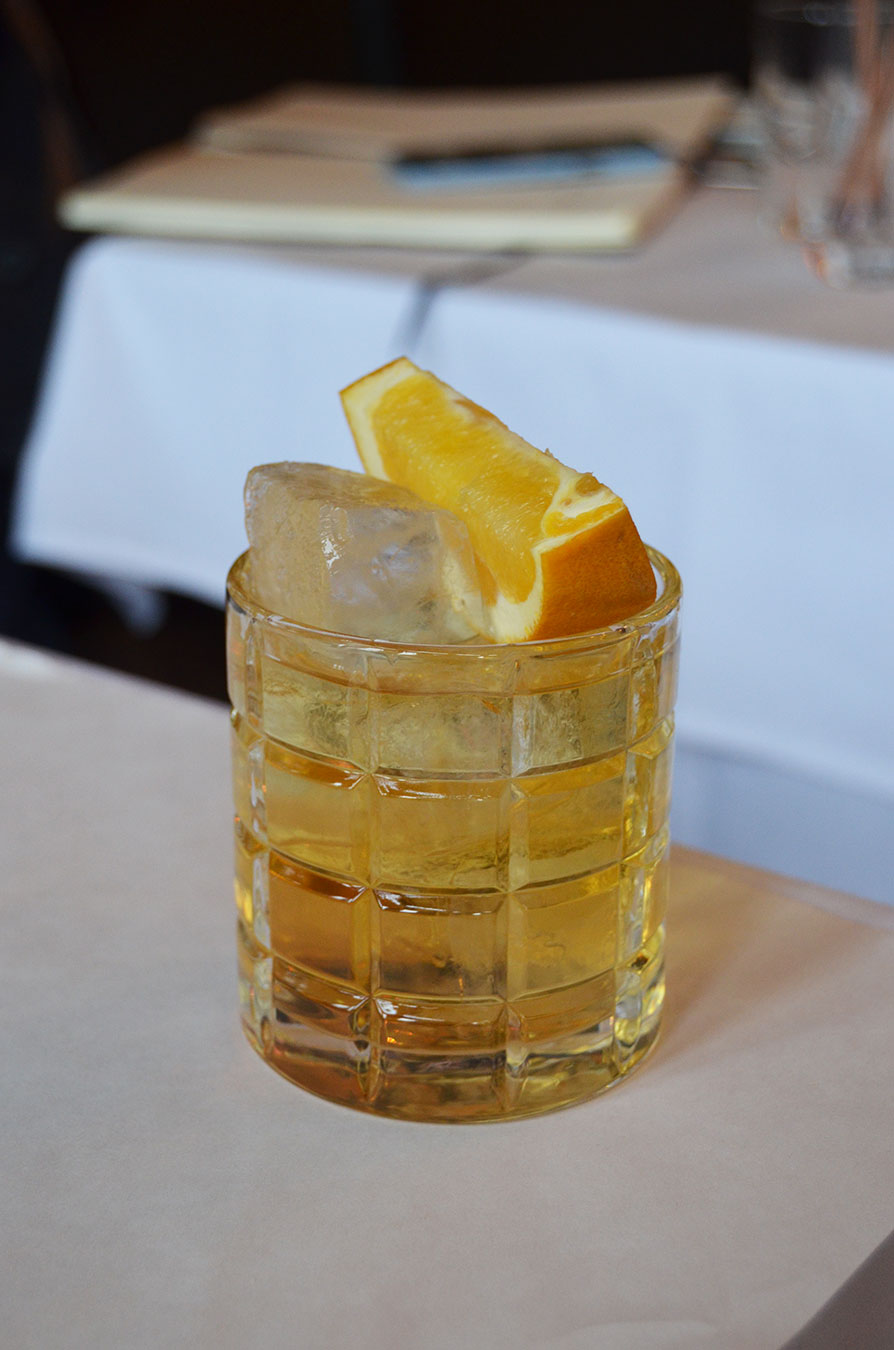 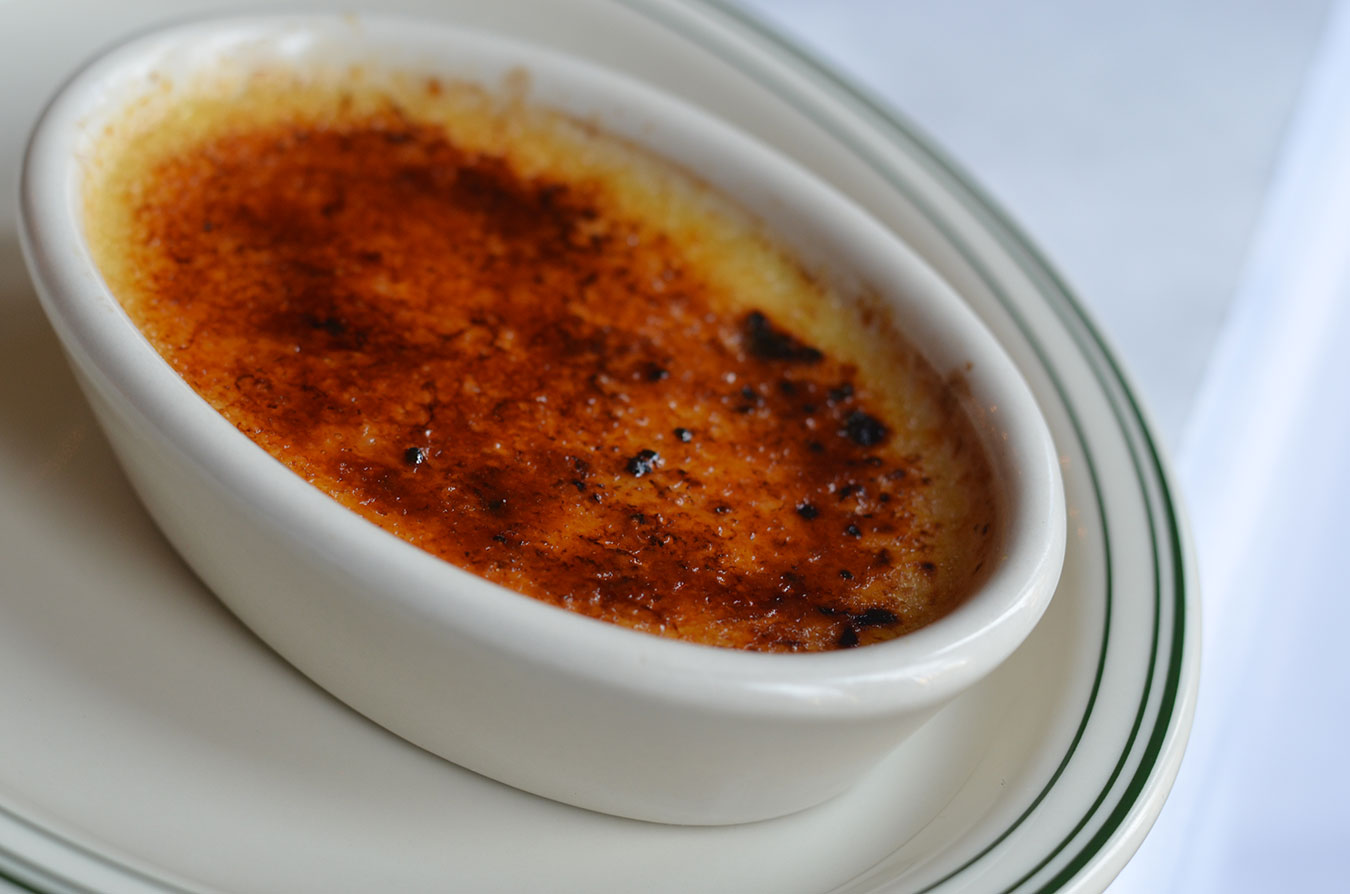 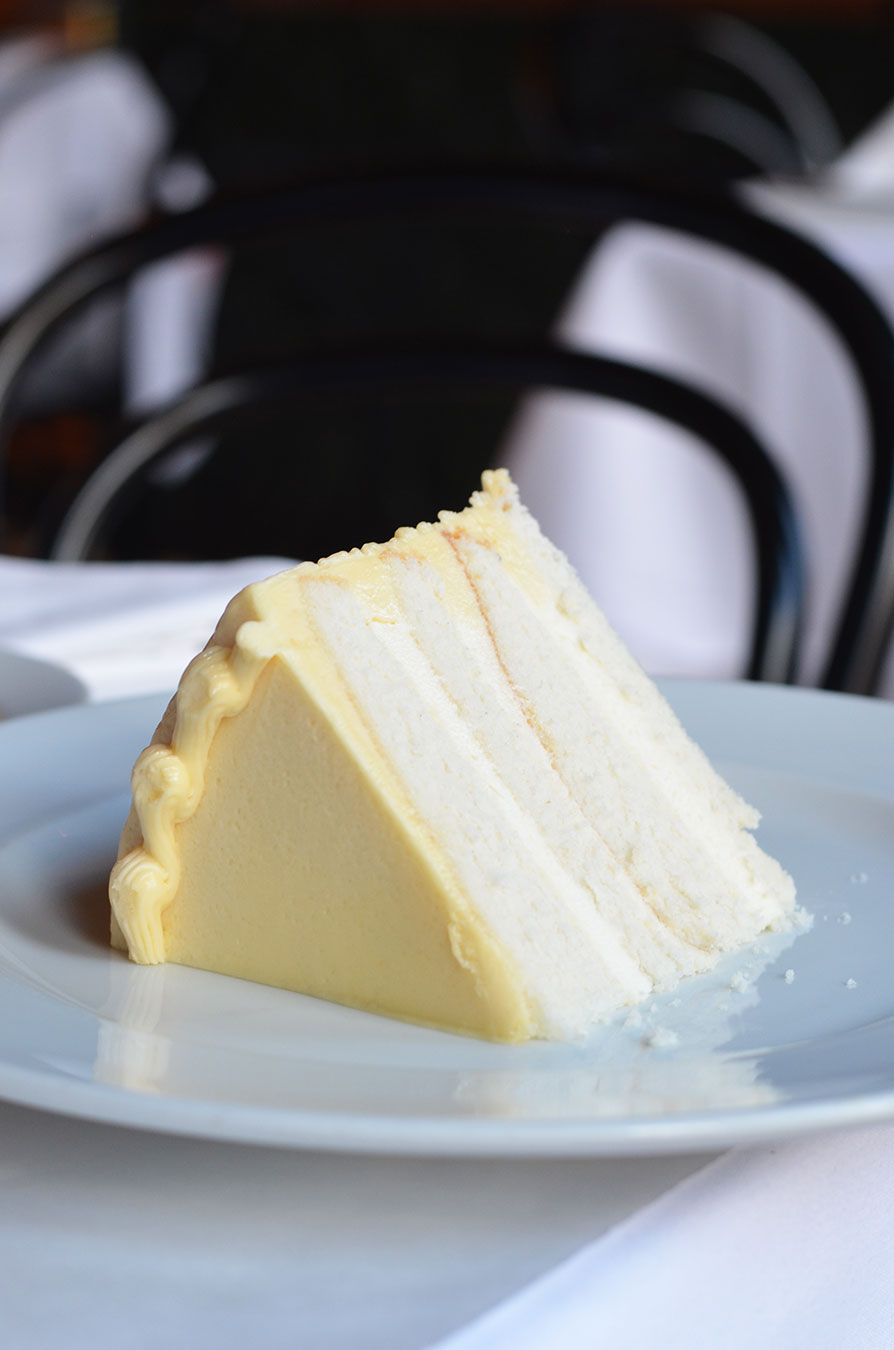