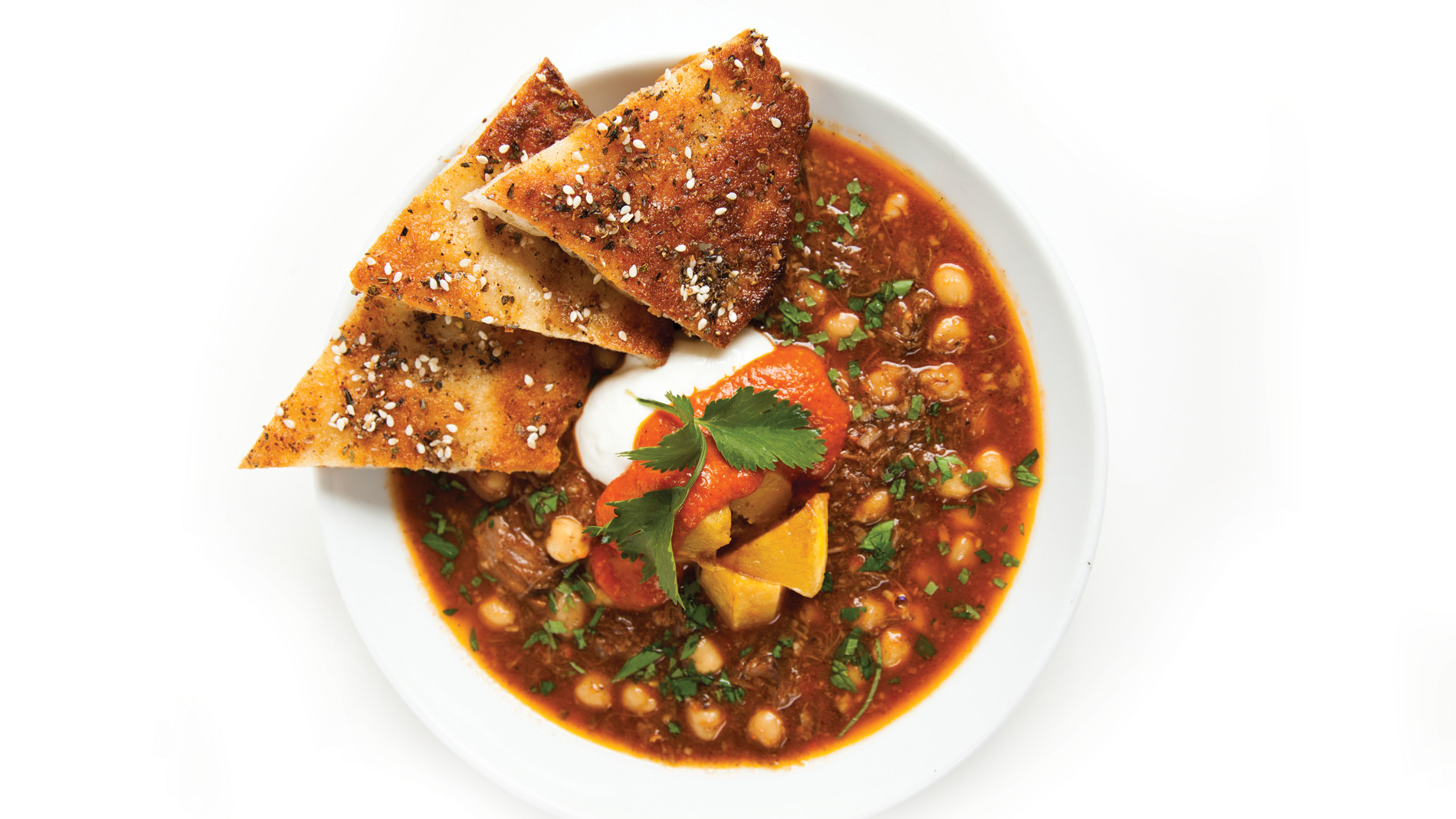 If there were a fantasy restaurant league where diners could assemble their kitchen dream team, I’d bet – legally, of course – on Reeds American Table, Matthew Daughaday’s first venture as a chef-owner. Not since Element opened with a buzz-worthy quartet of top chefs has such a nonpareil food and drink team been assembled.

A member of the 2013 class of Sauce’s Ones to Watch, Daughaday quickly gained a reputation for his homey, comforting food as former executive chef of Gerard Craft’s Taste. The efflorescence of his plain-spoken, post-nouvelle cuisine is evident in every new bistro, brasserie, gastropub or modern tavern moniker; indeed, Daughaday refers to Reeds as an American brasserie.

You see that concept all over the menu, as with the cornbread, a Taste transfer with a crumb so elegant you’d think you were eating cake. But this low-brow dish is high on everyone’s list because each crispy-edged chunk is fried in bacon fat and slathered with honey-thyme butter. Daughaday’s seductive lamb sugo also made the move from Taste with all its concentrated, meltingly tender meatiness intact. Shredding the slow-cooked meat gives the dish additional heft, something for the sturdy, frilly-edged cresta rigate pasta to grab on to. Green olives, orange zest, mint and a dollop of creme fraiche make this dish a winter standout.

One night’s butcher selection was teres major, a beef cut that’s getting more attention for its balance of tenderness and flavor, as well as its affordability. Cooked medium-rare, it came sliced on the bias and spread over a bed of mashed potatoes with arugula on top and rutabaga, parsnips and carrots scattered about. Roasted pork loin was served on a bed of fried rice studded with bacon, pea shoots and carrots – just the kind of twist Daughaday likes to surprise us with. It’s sauced with a beurre monté incorporating soy, making the surprise a savory one.

The menu is primarily static, but things do come and go. That pork loin was off the menu on my next visit, as was the roasted airline chicken breast I hoped to order. On the small plates and snacks side, five of the 13 items were cut … but not the cornbread. (Never that bacon fat-fried dream!)

I hope we can also count on the chicken potpie as a regular: a cast-iron ramekin of diced chicken and chunky winter vegetables baked in a subtle sherry-leek cream sauce topped with buttery, golden brown puff pastry. Kale salads have become rote, but I loved the crunch and soft chew of roasted butternut squash, dried cherries and pancetta, the sharp tang of feta and creamy juniper-maple dressing in the shaved kale salad. It was the best kale salad since Cleveland-Heath’s.

If you feel like you’ve been in this long, narrow room before, you probably have. The weathered plank wall behind the wooden banquette lined with tables just close enough to be comfortably convivial, and coveted storefront window seating all exude the same rustic and cozy vibe of the former occupant, Home Wine Kitchen.

But there are big changes. Notably, the bar now gleams with subway tile and industrial shelving. Seating has nearly doubled with the opening of the second floor for those with reservations, something strongly suggested since Reeds’ reputation keep both levels busy for hours. And loud. During one visit, the open upstairs room with high ceilings and a wall of windows accentuated the celebratory exhortations of three separate groups. At one point, the room’s decibel level measured 93 on my smartphone app, right up there with a jackhammer. Fortunately, noise reduction plans are underway. As you make your way up the wide staircase, pause to smile at the wall of staff baby pictures, then try not to drool when you peer into the enclosed wine cellar.

Beverage director Andrey Ivanov (formerly of Elaia and Olio and the 2015 winner of the Chaine des Rotissuer’s Best Young Sommelier Competition) does what he seems born to do: introduce us to unusual, exciting Old- and New-World wines, many of which he procures himself. Even the cheap Portuguese house wines were satisfying and served at the proper cellar temperature. Ivanov’s bar team consists of Adam Smith, coffee guru Zach Althaus (class of 2015 Ones to Watch and formerly of Sump Coffee) and Richard Vagnio (formerly of Small Batch).

Of the seven house cocktails, I recommend the Imaginary Friend (rye, vermouth and French bitters); one, because it’s delicious, and two, I used to have one. It’s also nice to see a good Pilsner in the draft beer lineup, a style often lacking among tappers elsewhere. Thank beer director and certified cicerone David Schroeder for going with the Czechoslovakian Budvar.

Executive pastry chef Summer Wright (another Craft alum from Brasserie), sticks to classics like panna cotta, pot de crème, affogato and a pumpkin tart that I thought would be good enough until it arrived with maple ice cream, date-caramel and pecans, pushing it over the top.

With Reeds American Table, Daughaday has turned our fantasy kitchen team into delicious reality. And that’s a big win for all of us.