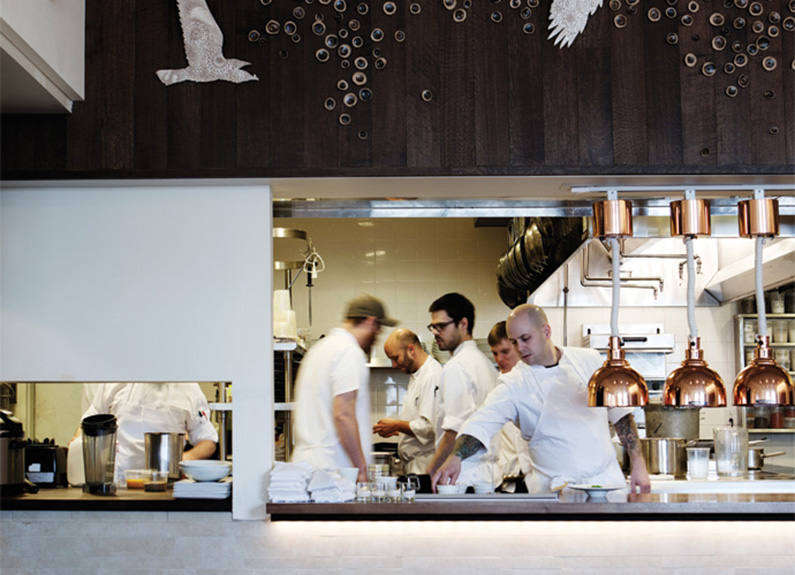 the kitchen at niche in clayton photo by carmen troesser

The Niche Food Group owner announced today, June 2, that after 11 years, he will close Niche on June 11 and launch a new concept, Sardella, in another four to six weeks.

Craft launched Niche in Benton Park in 2005, then moved the fine-dining restaurant to Clayton in 2012, where it adopted a reputation for highly regional, Missouri-focused cuisine. Niche has consistently earned praise as one of St. Louis’ top restaurants, and won Craft the James Beard Foundation Award for Best Chef: Midwest in 2015.

“It felt right to move on and this felt like the time to close, while Niche was at its top,” he said.

Craft said he wanted to return to a fun, more relaxed atmosphere, adding that Niche’s reputation as a fine-dining, special-occasion restaurant taxed both his diners and his staff. The team was ready for something different.

Sardella will leave behind Niche’s Missouri focus, but it will continue to source locally, working with area farmers, coffee roasters, brewers and chocolatiers. Though the name Sardella comes from an Old World Italian fish sauce, Craft said the menu will not be exclusively Italian. Instead, this name serves as inspiration to allow the staff to revitalize forgotten dishes and create “American food with a wink to Italy.”

Renovations will see an additional eight seats, a more intimate space and a larger bar. The menu will see the return of fish and pasta and an expanded beer and cocktail program. The lunch menu includes salads and sandwiches, while dinner will focus on small plates priced between $12 and $20 and larger entrees priced around $27 to $35. The breakfast menu will feature grain bowls and pour-over coffee in consultation with Sump Coffee owner Scott Carey.

Though a bittersweet moment for the Niche Food Group family, Craft said he looks forward to the future of Sardella. “I want to remember Niche at its height,” he said. “This is a celebration.”