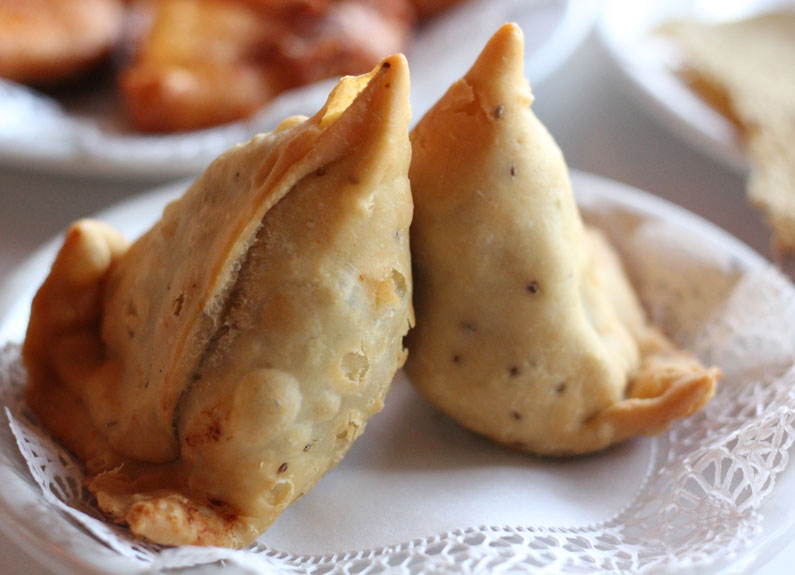 St. Louis restaurants have many great attributes, beginning with the quality of the meals, which really is where it all begins. But the dining spots here in River City and its environs don't offer much in terms of exciting views. Oh, the people-watching can be excellent, but except for a handful of establishments, there is little to see, and few windows to see it out of.

There are a few exceptions, of course. The top of the Millennium Hotel shows off downtown and the riverfront, and a few windows at Faust's, in the Adam's Mark Hotel, offer nice views of the Arch. Meriwether's, in the History Museum, has many windows facing Forest Park.  Harry's displays downtown to good advantage.

But the Guru has a special feeling about India Palace, atop the Howard Johnson motel at the southwest corner of Lambert Field. Not only does it have a view that can extend to Wood River and the flaming burnoff at the gas refineries, but it also provides a great site to sit in on planes lined up in the western sky, then skimming treetops as they descend, even disappearing from view behind the trees before coming out to glide into a graceful landing. Takeoffs are more sudden and abrupt, the planes soaring upward almost violently. During the dinner hours, planes of all sizes come and go almost constantly. More important, at least to me, is the Indian-Pacific-Asian decor and an Indian menu that allows my thoughts to drift toward far away places with strange-sounding names as I watch the passing parade.

India Palace has offered superior meals at moderate prices for about a decade, with generally good service at the 11th-floor location. A courteous staff works diligently at explaining the various ethnic meals, although recently we've noticed that many Asian restaurant staffs no longer ask how spicy we want our dishes. The menu instructs diners to state a preference, though I disagree and think the server should begin the dialogue. On several recent trips to the India Palace, we let the kitchen decide; dishes arrived with spicing we would consider mild to moderate. Some were bland. This is, of course, a tricky area, because medium to one person is scorching to another. In days when we were asked, we described our desire as "Indian medium," which usually was a little more fiery than "American medium."

One strong suit of Indian – and most Asian – restaurants is the easy availability of vegetarian dishes. India Palace offers 19 vegetarian entrees involving spinach, potatoes, mushrooms, eggplant, cauliflower, onions, peas, even okra. Many include cheese. Lentils are popular, as they are in much Indian cuisine, and most of the vegetables are cooked a long time, so they usually go beyond tender to an area best described as "soft."  In extreme cases, they can reach "mushy."

We sampled aloo baingan, a tasty mixture of eggplant and potatoes in a spicy sauce with onions, excellent over rice.

Indian breads are superior, and India Palace does a good selection of white and whole wheat, some stuffed and some plain, but all just right for dunking in the sauces. They are leavened breads, soft and warm. We sampled both styles, and were especially taken by Keema Nan, which is put together with a layer of nicely spiced minced lamb. The lamb provides a lovely counterpoint to the bread, and is a perfectly sized portion. The nans are also stuffed with spinach, cheese or potatoes, or served plain, with crisp edges a fine contrast with the softer centers. Paper-thin, crisp papadums, dotted with pepper, cloves and other spices, start the meal. They are served with a pair of dipping sauces, a tamarind-based deep red and a cilantro-bolstered bright green. Both have some fire, and both are splendid.

A variety of appetizers includes pakoras, onions or potatoes or peas in a mild garbanzo bean batter, then deep fried. Chicken wings and a sweet Kashmiri Nan, stuffed with cherries, raisins and nuts, also are available, as is Bombay Fish, pieces of soft fish marinated to be slightly spicy and then deep fried.  Delicious.

Soups include the traditional lentil, or Dal, plus tomato and chicken. The tomato soup was surprisingly light with notes of ginger and perhaps cardamom, and if it was not deeply and densely tomato-ed, the sprightliness was all the better for a summer night.

Much Indian cooking is done in a tandoori, a clay oven that takes extremely high temperatures for searing the outside of the meat and keeping the juices inside. Lamb, fish, chicken and shrimp, usually marinated in various herbs and spices before cooking, all are prepared this way. Once the tandoori process is over, the meats can be served straight from the oven or with a vegetable, or cream sauce, and additional spicing.

Dishes in the Vindaloo style are usually quite fiery, but large, delicious prawns, cooked with chunks of potatoes, were outstanding, and the same spicy vindaloo sauce is used with chicken or lamb.

Curry is another Indian favorite, and curries can be in various temperatures and colors. Indian curry does not come in a package, but is a mixture of herbs and spices including, but not limited to pepper, coriander, cumin and cloves.  We sampled fish curry, and found it excellent.

Biryani, which begins with basmati rice dotted with nuts, raisins, cloves and other good things, is a little like fried rice, but with a different flavor from its Chinese neighbors. Chunks of chicken, or lamb, goat or shrimp, go in the biryani, and there is a vegetarian version, too. This can be heightened by a side order of mango pickle, a rich combination of sweet and spicy, salty and buttery,  that makes an elegant garnish. It seems to bring sharply contrasting flavor to practically all dishes.

Goat, also an Indian favorite, is cooked with curry sauce or a combination of vegetables. We sampled what was described as Goat Pickle, which began with chunks of goat in a spicy sauce, but without visible pickle.  It was tasty, and while most of it made for rich eating, some of the meat showed discouraging traces of bone and gristle.

Besides the chutney, an Indian side dish of raita is a nice addition to the meal. Raita, which begins with yogurt, boasted some minced vegetables and carrot, plus something tart which we could not identify. It is a wonderfully cooling dish, and the India Palace version is a little thicker than many we've seen, which are usually the consistency of milk. This was more like sour cream, and it was splendid.

Indian desserts are limited, but mango lassi, much like a mango milk shake, is a rich and delicious finale, though it also works as an aperitif or even with the main course. Mango custard is on the thin side, but tasty and with good fruit flavor, and Gulab Jamun, sweetened balls of dough about the size of doughnut holes, served in a sweet syrup, are rich and tasty, if slightly on the heavy side. Indian beer and a limited wine list are available, and there are various types of tea.

Large families seem the norm at India Palace, with two or three generations often represented and having a good time together.  Servings are of the type to share, and many folks take advantage of it. That dining style is good for conversation, and many actively take part in the activity. Others stare out the window, watching night descend and dreaming of jets taking them to those far away places.