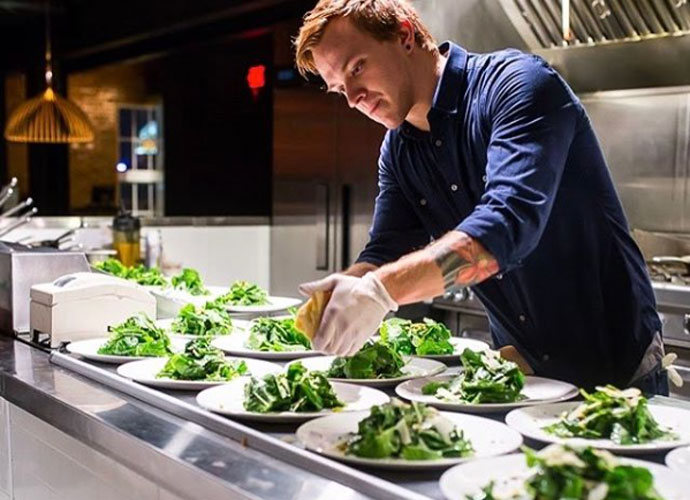 Chef Josh Charles has left his post as executive chef at Element to helm the kitchen at Blood & Sand, as reported by St. Louis Magazine. Charles’ former chef de cuisine Tudor Seserman has stepped up to assume the executive chef role. Charles said the passing of the torch was smooth thanks to their close working relationship.

In his new role, Charles said he’ll work with Blood & Sand’s current chef Chris Krzysik through Valentine’s Day, and then will begin making his mark on the menu.

“The day after, it starts,” he said, adding it should take a month of switching out a couple of dishes at a time before the transition is complete. Charles said diners can expect a bill of fare that reflects his focus on quality ingredients and techniques. While he’ll put his stamp on the food at Blood & Sand, the restaurant’s much-loved tater tots will remain.

“It’s a great platform and a beautiful place,” said Charles. “They’ve always had a reputation for putting out great food and drink. I’m super excited.”

Krzysik said he is currently in talks to take a position at another restaurant, but couldn't share more information at this time. Element co-owner Carol Hastie did not return requests for comment.