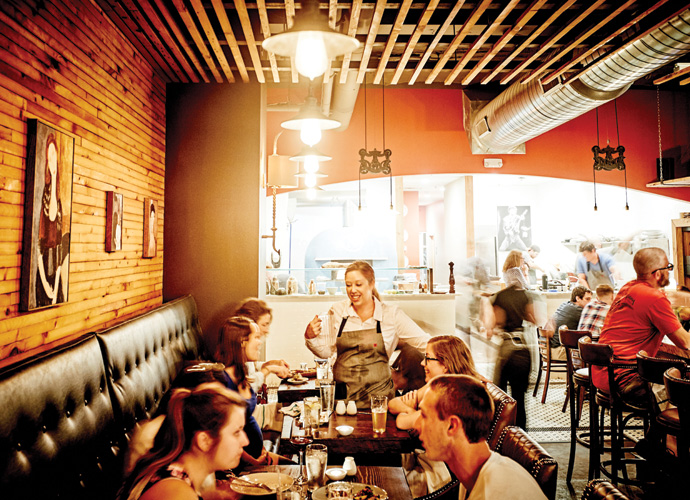 randolfi's in the delmar loop photo by greg rannells

Randolfi's will close in The Loop Sept. 9

Randolfi’s, at 6665 Delmar Blvd. in The Loop, has announced it will be shutting its doors. The last day of service will be Saturday, Sept. 9.

“We’ve thrown everything that we have into this restaurant. There have been a lot of tears, but it’s time to close the chapter. We are so proud of what we’ve accomplished at Randolfi’s,” said chef and co-owner Mike Randolph in a press release.

Randolfi’s opened in 2015, replacing Randolph’s Neapolitan pizzeria The Good Pie in the same space. It was one of Sauce’s Best New Restaurants 2015.

A number of local chefs who previously worked at Randolfi’s and The Good Pie will be returning for the final night of service on September 9, including Ted Wilson of Union Loafers, Taylor Hamilton of Melo’s Pizzeria and Russ Bodner of Taste.

"Over nine years, we've had the pleasure of working with so many amazing people. It's been the highlight of my career," Randolph said in the press release. "I look forward to bringing back those alumni for one final service."

More information on the future of the restaurant will be released at a later date.