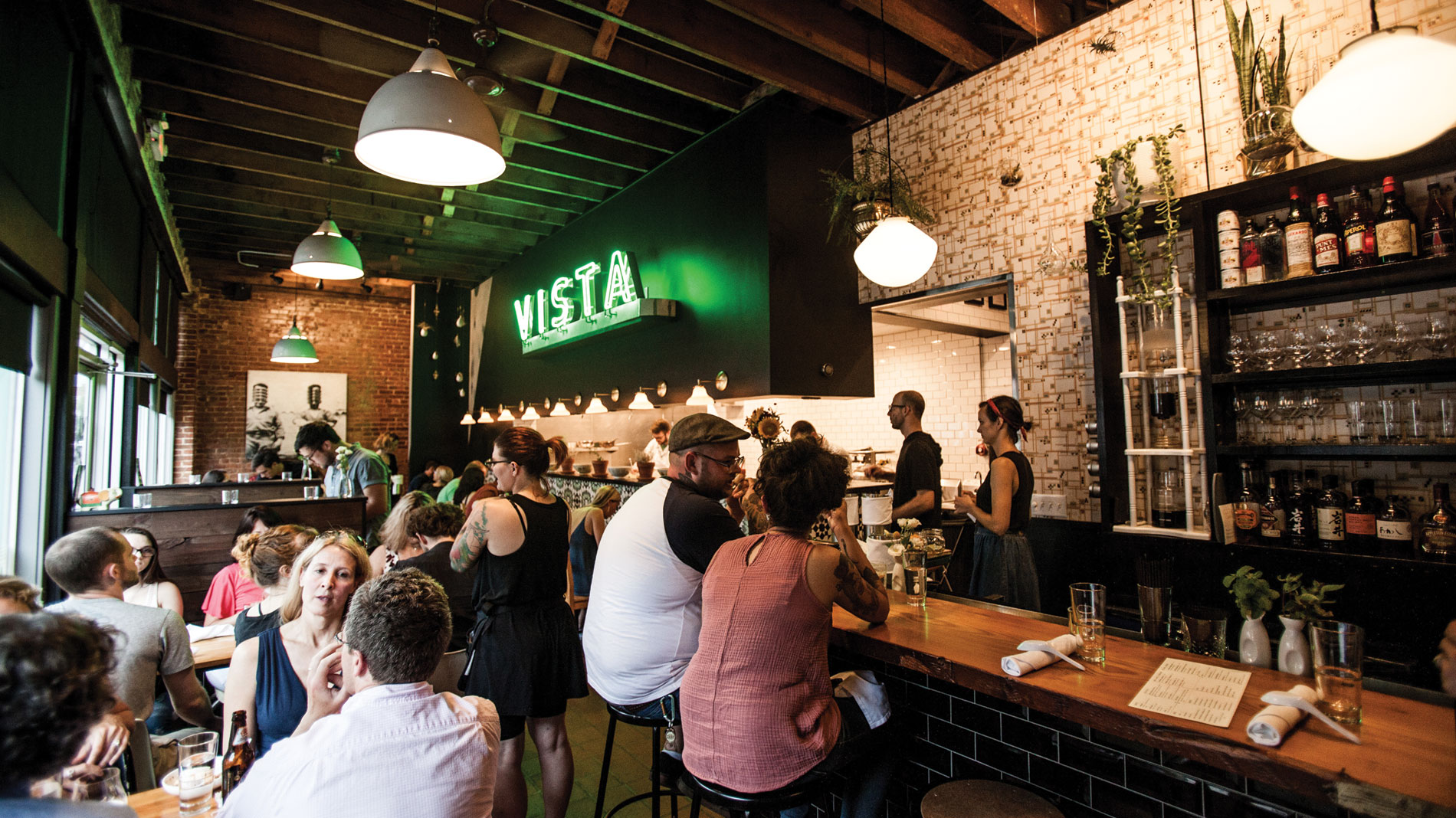 vista's last day of service will be aug. 18. photo by johnathan gayman

Vista will close on Cherokee, Ari Jo Ellis will open a diner in same location

Just a couple weeks after changing concepts, the team behind Vista has decided to close up shop. The last dinner service at the Cherokee Street restaurant will be Saturday, Aug. 18.

“We just couldn’t make the restaurant we wanted to do here well,” said chef and co-owner Chris Bork. “But our staff has been so incredible. They’ve stuck with us, especially through the last six months, which have been difficult.” He said it’ll be business as usual through Aug. 18. “We’ll be doing what we do ‘til the last ticket gets pulled.”

Vista Ramen landed the No. 2 spot on Sauce's Best New Restaurants of 2016 list.

Bork said he doesn’t have a definite next step in mind just yet, though he’ll definitely stay in the St. Louis culinary scene.

“Right now I just want to catch my breath and catch up on my personal life,” he said.

However, there’s a silver lining to the closure. Ari Jo Ellis, chef-owner of The Cut, the artisan sausage eatery located down the block inside The Fortune Teller Bar, will take over the space.

The 2016 One to Watch will open Morning Glory, what she described as a “greasy spoon diner.” Ellis said ideally she hopes to open sometime in October. Meanwhile, she said it will be business as usual at The Cut, which will remain open after Morning Glory debuts.

“I’ve always had a goal to open a diner, and Cherokee Street needs a diner,” she said. “This has been 10 years in the making for me.”

Like The Cut, which opened almost one year ago, Ellis said she plans to start slow, beginning with morning and afternoon hours Wednesday through Thursday. She said there will be a small lunch menu, as well as typical, affordable diner favorites, though the final menu is still a work in progress.

Ellis said the space will need little in the way of construction, just some minor tweaks.

“They did a total gut [rehab] when they opened Vista, so it doesn’t need much,” she said.