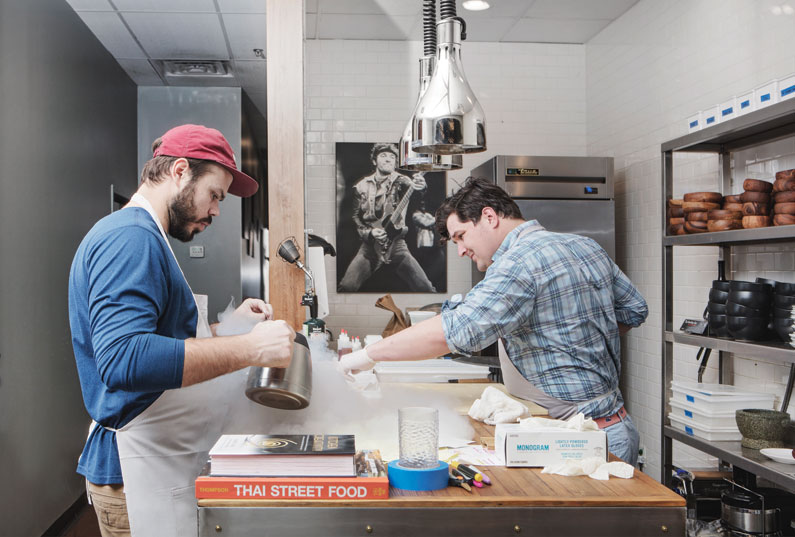 Chef-owner Mike Randolph has served his last meal at Privado, his experiential, multi-course dining concept on The Loop.

Randolph told the St. Louis Post-Dispatch that while the weekend-only dining concept sold out each seating, it wasn’t financially viable.

Jasper Paul PR and Marketing founder Caiti Carrow, who handles marketing for Randolph’s restaurants including Half & Half and Público, confirmed the closure and said Randolph declined to comment further at this time.

Randolph opened Privado in October 2017 in the same space as his former Randolfi’s Italian Kitchen, his Italian-American eatery on The Loop. The ticketed dining experience offered just two seatings on Friday and Saturday nights, and Randolph used the unique platform to present creative bites like pork belly with ice cream and porcini mushrooms with dark chocolate ganache. Sauce declared it the No. 2 Best New Restaurant of 2017 and reviewed the restaurant in May 2018.

Carrow said Randolph will continue to do experiential multi course tastings at Público’s four-seat pass, though details are still in the works.