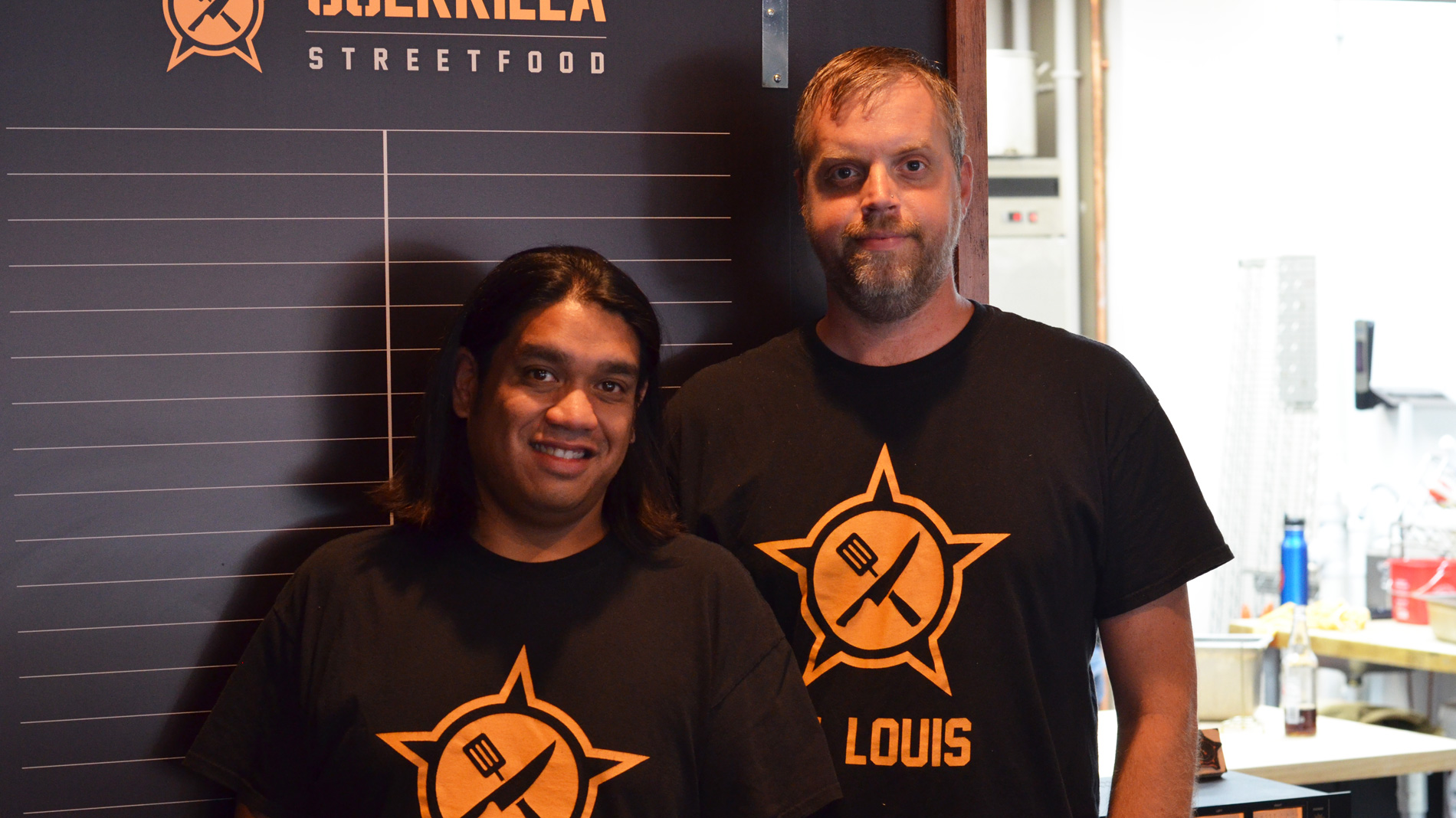 Spring has sprung in a big way for the Guerrilla Street Food team with three projects coming to fruition in the next couple months.

The popular Filipino food purveyors have announced location No. 6 will open later this spring at 43 Old Orchard Ave., in Webster Groves next to Big Sky Café.

“We definitely want to be open by the end of May,” said Brian Hardesty, who co-owns Guerrilla Street Food with Joel Crespo.

Hardesty said the location will mostly offer patio seating with just counter seating inside. The space also has a private room that will allow Guerrilla Street Food to host private dinners and other events. Hardesty said all the old-school GSF menu items will be available in Webster Groves, and there will also be some location-specific dishes available.

While Webster starts coming together, Hardesty and crew will dig into location No. 5at 11658 Dorsett Road in Maryland Heights, the old Big Baby Q space, as Sauce reported late last year.

“We’re going to be using Maryland Heights for a commissary for the truck and catering and for the breweries,” Hardesty said, referring to GSF’s locations at the tasting rooms at Two Plumbers Brewery & Arcade and 2nd Shift Brewing. “It’s a pretty huge kitchen, at least for us.”

There will be minimal counter seating at Maryland Heights with a focus on takeout and delivery orders via Postmates, though Hardesty said the plan is to eventually handle delivery in-house. Look for this location to be open by mid-April.

If all that weren’t enough, Hardesty said the latest incarnation of the Guerrilla Street Food truck, should be on the road for regular lunch service by the end of March.