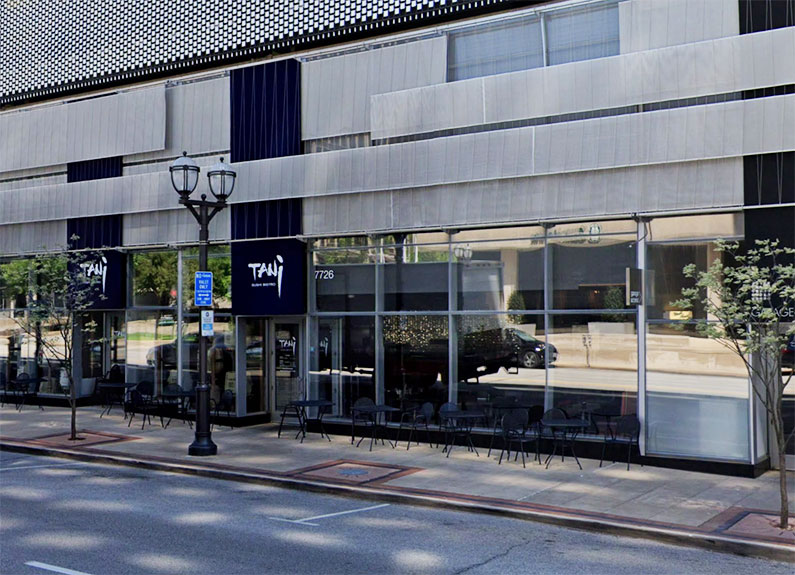 Today, March 3, Heckman said he closed Tani to focus on a new fast-casual concept in Greenville, Illinois: Rocket Bowls, which is slated to open at 102 N. 2nd St., on March 21.

“We’d been working on this fast-casual concept for a little while – it started as a partnership with Greenville University,” he said. “So this opportunity came up, and as we got closer to opening, and with the trends we were seeing in Tani and it being around for a long time, we decided to take a step back from it and do a restructuring of sorts.”

Heckman originally opened Tani in 2008 at 16 S. Bemiston Ave., now the home of Louie’s Wine Dive. He moved the restaurant to the larger Forsyth Boulevard space in 2015.

Once Rocket Bowls is off the ground, Heckman said he'd like to return to sushi in St. Louis, but he does not have a timeline to do so right now.

“We have a lot of passion for sushi and the sushi space. We’re looking to maybe bring Tani back into town,” he said. “We built up some brand equity in town because of the food. We felt that we’d done a pretty good job and withstood some pretty hard times. We would love to have Tani around for a lot longer.”

For now, though, Heckman’s focus is Rocket Bowls. “We really are going for more of a global flavor,” he said. “Fast-casual atmosphere. Highly digitized. We’re trying to incorporate some of the technology that’s new out there: It’s going to be ordered, paid for, modified, all from an app on your phone.”

Heckman said he’d eventually like to franchise Rocket Bowls and bring the concept to St. Louis one day. “Opening in Greenville is a way to beta test this model,” he said. “We’d love to be able to bring it to St. Louis at some point.”