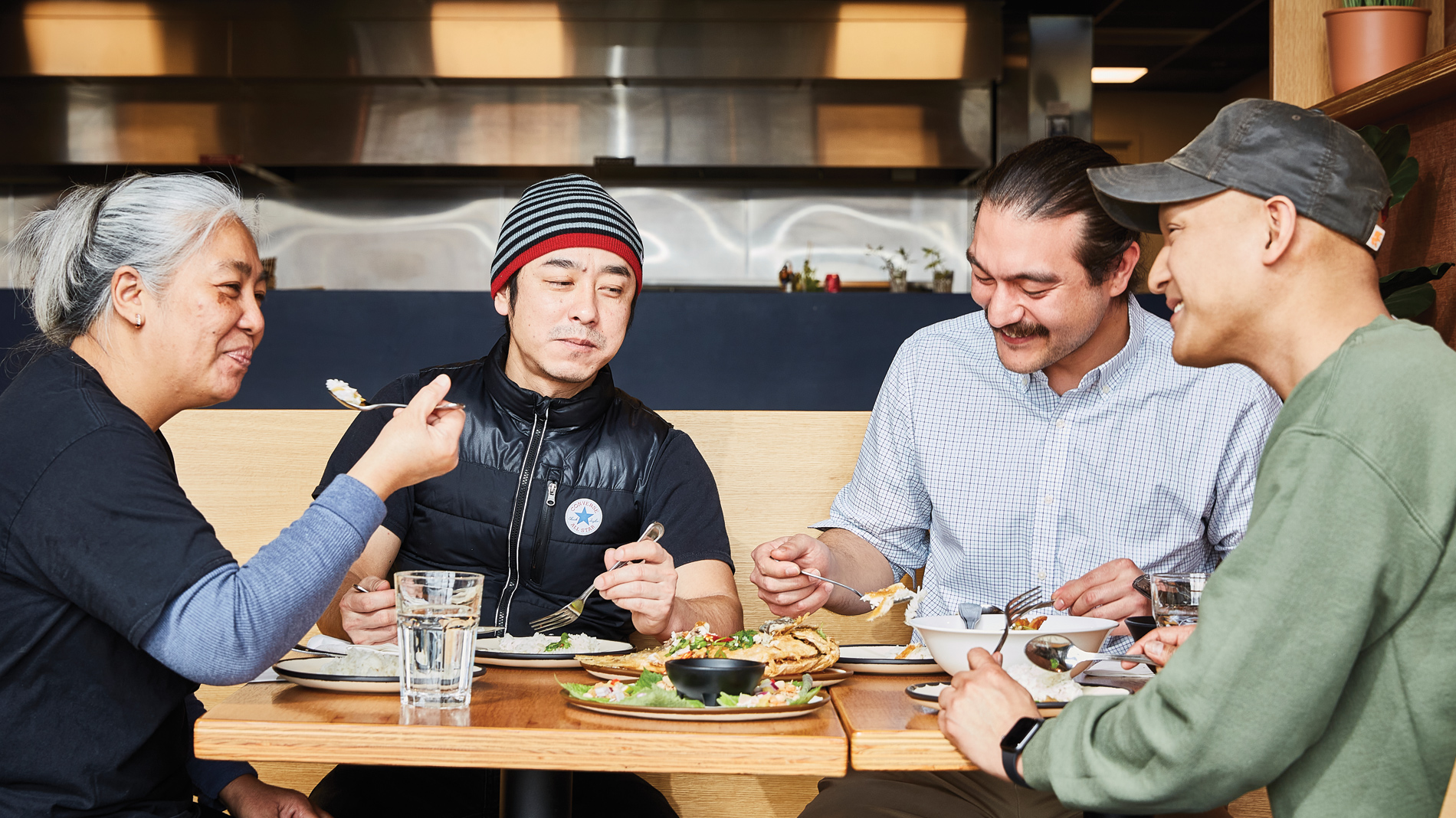 When the children of immigrant restaurateurs get into the business, what mom and pop did is often more of a touchstone than a template. Shayn Prapaisilp pushed the culinary boundaries of his family restaurant’s long legacy when he and his father, Suchin Prapaisilp, opened Chao Baan in The Grove last year.

If you don’t recognize the Prapaisilp name, you should. This entrepreneurial family is the juggernaut behind Oishi Sushi, Oishi Sushi & Steakhouse, Global Foods Market and United Provisions. But it’s the elder Prapaisilp’s King & I restaurant on South Grand that has established the family on the local culinary map since 1980.

King & I gained popularity by specializing in the milder, accessible cuisine of central Thailand and well-known Chinese favorites, but the younger Prapaisilp sensed St. Louis was ready for a menu less geared toward Western tastes – something beyond pad thai. What better way to pay tribute to your family’s rich Thai heritage than by serving the food from where your parents grew up?

Chao Baan is focused on the creamy curries and seafood from Thailand’s southern isthmus, where Suchin grew up, and the notoriously red chili-hot, bold preparations of the northeastern region where his wife, Sue Prapaisilp, spent her youth. Whether you call the food rustic or homestyle – Chao Baan means “of the people” after all – it’s the food Shayn grew up eating at home.


Sure, there are tom kha and tom yum soups: the former creamy and a bit tart-sweet with lemongrass and cilantro providing the perfect herbaceous edge; the latter, a brick-red broth with spicy, sour, acidic notes from red chili paste, lime juice, kaffir lime and tomatoes. Galangal (akin to ginger) and straw mushrooms round out the flavor profile with earthy zest. You’ll want a bowl of either to accompany anything else you order.

And order you will. Dishes are not composed, but rather a series of plates. Thai meals are traditionally shared affairs made up of several dishes. The pork riblets are a must. Nuggets of pork marinated in soy, garlic and golden mountain sauce (think sweeter, saltier soy sauce) are breaded, deep-fried and accented with a squeeze of lime and crunchy specks of fried garlic. But the coriander-rubbed fried chicken wings – while seemingly irresistible with a bottle of ice-cold Thai beer – lacked any hint of the fragrant, floral, savory spice, relying instead on the sweet chili dipping sauce for flavor.

No dish better exemplified “of the people” than khao tod nam sod: cooked rice mixed with shallots and chilies, molded into cakes, dipped in an egg wash and deep-fried. The cakes are then crumbled, seasoned with fish sauce and lime juice and served with ginger, cilantro and cured pork sausage. Spooning the mixture into the accompanying crisp lettuce leaves produced perfect bites of heat, crunch and funk, demonstrating that harmony is central to Thai food and no one flavor dominates.

You can play it safe with a plate of pad see ew: fat, chewy rice noodles with chicken, egg, green onions and bean sprouts in a sweet-savory-sour soy sauce. It sounded simple enough, but balancing that sauce and caramelizing the noodles just right was the key to dish’s well-rounded satisfaction. Or kick it up a notch with a bowl of gaeng kiew, smoky green curry, a spicy and superb classic packed with chicken, green bamboo leaves, quartered Thai eggplant and straw mushrooms in a fragrant milky broth of coconut and house-made green chili curry paste. I knew it was coming, but the pleasant, almost obsessively lip-tingling heat didn’t announce itself until a few spoonfuls in.

Complexly flavored som tum consisted of unripe shredded papaya, which was able to hold up to the pounding it gets with a mortar and pestle (the tum). Tamarind and lime juice provided sourness (the som), palm sugar a hint of sweetness, while dried shrimp and fish sauce contributed their distinct umami funk. Tossed with tomato, long beans, chilies and peanuts, it was the kind of salad – cold, crunchy, tangy, salty-sweet – that paired beautifully with every dish.

Two exemplary fish dishes showcased the spice-rich style of southern Thailand, including gaeng som, a soup consisting of fried tilapia and papaya in an incendiary, deep orange broth of turmeric, shrimp paste, lime and chili. A whole pompano fish, though, proved the real showpiece: deep-fried, golden and served bone-in and head-on in a pungent chili-garlic-tamarind sauce. Carefully pushing aside the colorful garnish of cilantro, lime and bird’s-eye chilies with a spoon and fork (knives are traditionally not used in Thai dining) yielded beautifully crispy skin and deliciously delicate flesh. As you excavate your way through the fish, do not ignore best part – the tender and sweet cheek meat.

With Chao Baan, Shayn is expanding our notions of Thai cuisine by spotlighting the expansive regional and culinary variations of his parents’ homeland while paying homage to their geographic roots.

*At publication time, Chao Baan is offering curbside pickup and delivery due to the coronavirus.