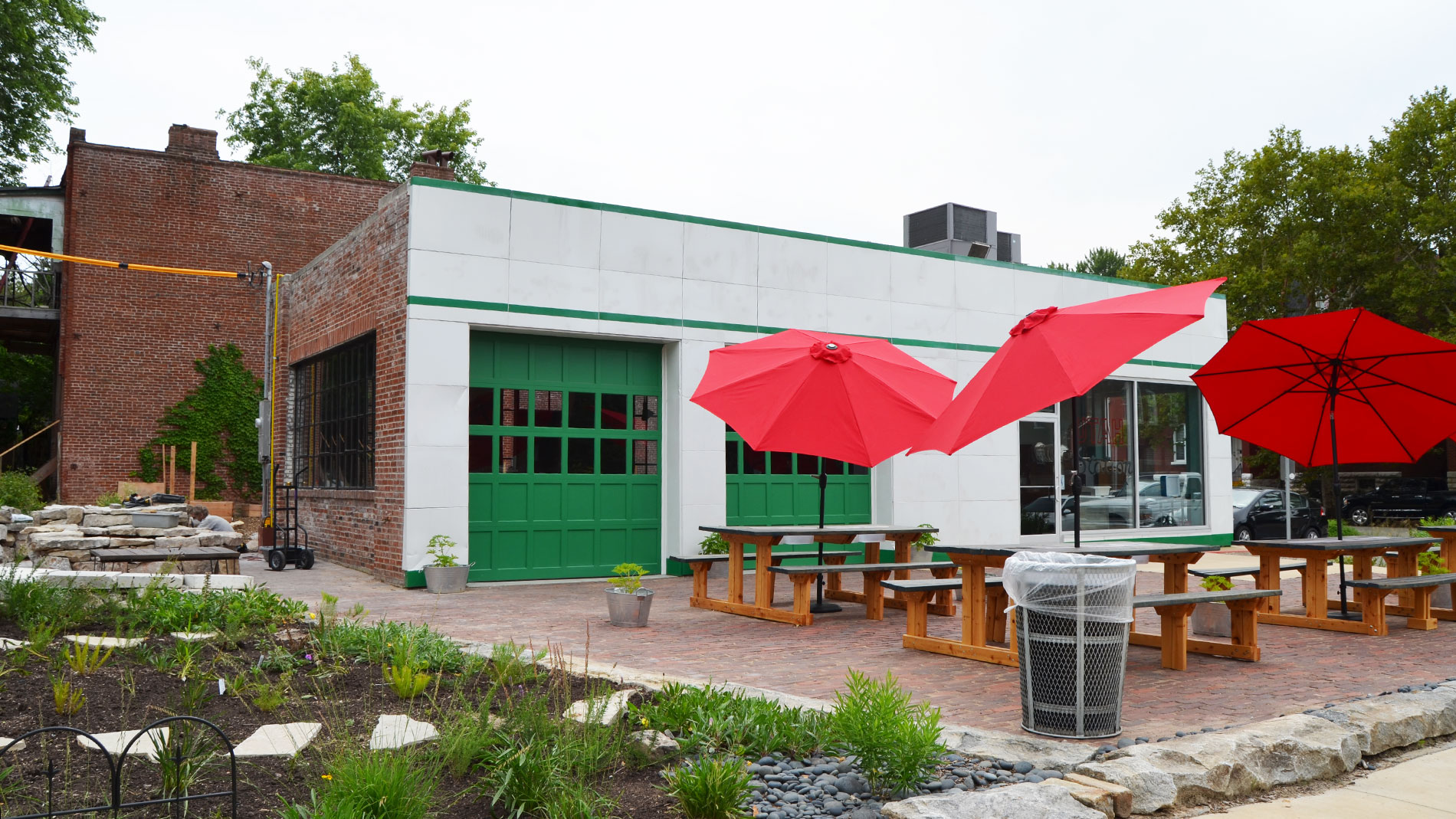 The future home of Station No. 3 photo by michelle volansky

Station No. 3, a new concept from the owners of Frida’s and Diego’s, will open in former Utah Station location this fall

When (mostly) vegan Benton Park restaurant Utah Station (1956 Utah St.) closed earlier this summer, the future of its unique space was unclear. Enter Frida’s and Diego's Cantina co-owners Natasha Kwan and Rick Roloff, who have selected the property for their next concept, Station No. 3, which they’re hoping to open in October, St. Louis Magazine first reported. “When we saw the space, we were like, ‘This space is so phenomenal!’” Kwan said. “The outdoor patio, the fire pits, the space itself with the open air. It just has such a great energy, and a built-in vegan audience. It just made sense.” Kwan added that she wants to transform the back of the restaurant into a dining courtyard.

Station No. 3 will serve predominantly vegan food, and will skew more towards “American food” than “plant-based” – a distinction that means it will feature a lot of processed components (like seitan and vegan cheese) alongside whole food and plant-based ones. “We’re going to be frying a lot of stuff, which doesn’t happen at Frida’s,” Kwan explained. “Making our own meats, being pretty heavily meaty, not as vegetable-forward. I know it doesn’t make a lot of sense to people who aren’t in that world, but they’re two very different things. Fatty, oily, salty … it’s going to be awesome.” Some of the dishes Kwan wants to develop for the menu include potato skins, fried “chicken” Caesar salad, fries, nachos, possibly a chili mac. While the menu will have some staples, it will also likely be seasonal and rotating.

Kwan said that, like the original Utah Station, Station No. 3 won’t be 100% vegan – it will have at least two flex options, like a real chicken dish and a fish dish. “There are people that can’t do vegan cheese,” she elaborated, pointing out that parties with diners who do want meat and dairy are often less likely to visit a completely vegan restaurant. Her goal is to be accommodating to diners of all types, and not to alienate any potential customers who don’t want a vegan meal. “We can’t afford that. Who can afford that right now?” she said. “I don’t know if we’ll ever get back to where we were pre-Covid.”

For dessert, vegan soft-serve is being discussed, and vegan donuts might be in the game as well. “I wanted to do late night vegan donuts. I wanted to open a donut shop … and then my husband was like, ‘Open up a restaurant that’s open in the morning and I will divorce you,’” she said, laughing.

Fans of Utah Station will find updates not only in the menu but in the space; Kwan said she’s getting all new furniture and equipment, but that the bar will remain in the same area and that the dining room will still have “that loft feel – it’s just one open space.”

As for the bar, the owners are going to take things one step at a time. While they’re looking at a “craft beer-heavy” bar menu, the cocktail and wine will be more based around what local diners seem to want to drink. “Our guests are going to tell us what they want,” Kwan said, about the development of the bar program. She suggested that margaritas will make an appearance and that other drinks could be more whiskey-driven.

Kwan speculates that the restaurant will be open five days a week for dinner, but won’t be open super late, probably to 9 or 10 p.m. “Our other two restaurants are in neighborhoods. We’re not going to be a late night place. You can have good food and good drink and not be open to 1:30 in the morning,” she said. “We want to be partners with everyone on our street!”