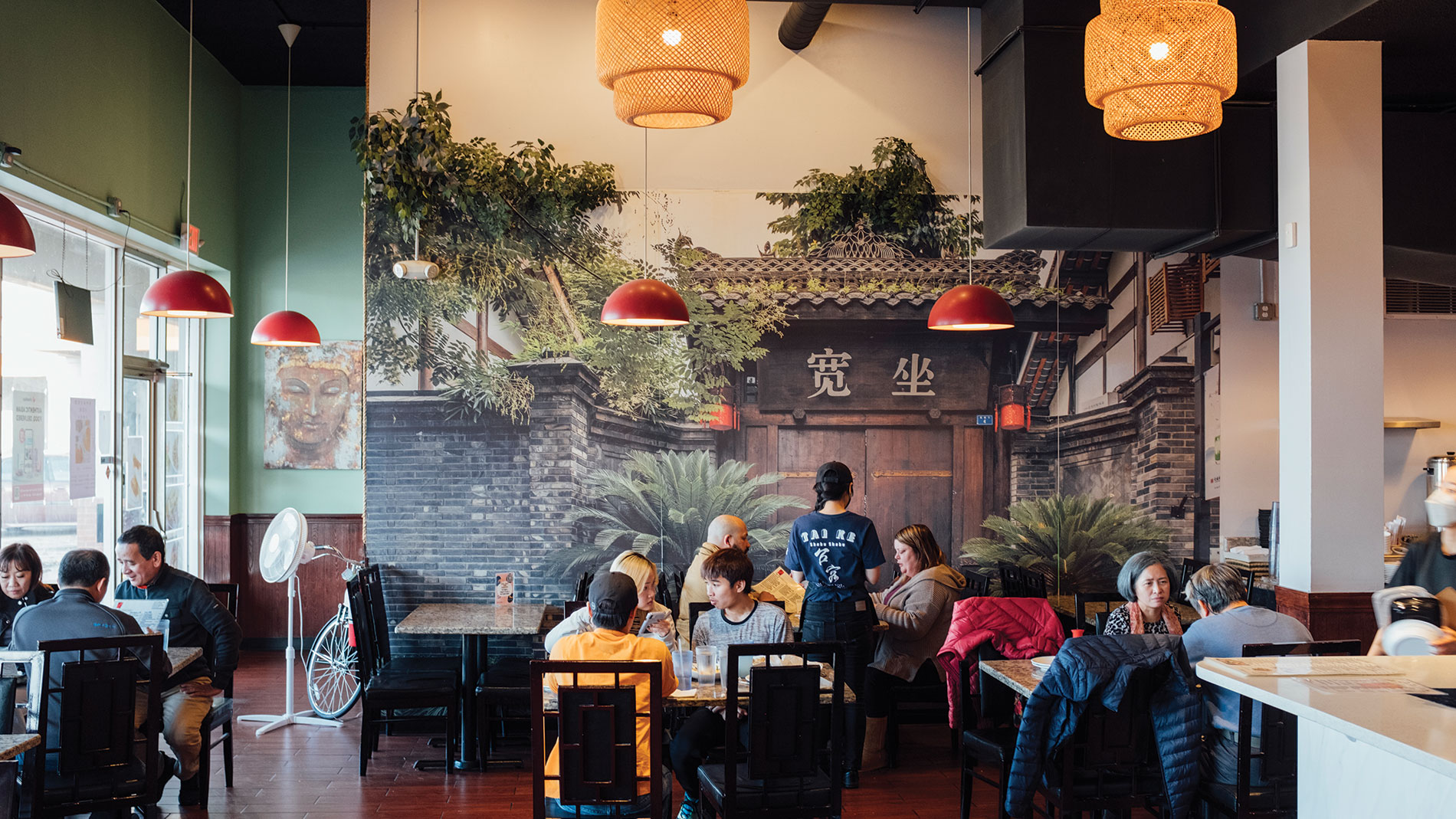 With Tai Ke’s relaunch this year as Tai Ke Shabu Shabu, the beloved Taiwanese spot has fully realized the potential it’s been working toward for years. The original Tai Ke quickly built a cult following after opening, despite being relatively hidden away behind a strip mall in University City. There was a certain charm to rolling in with your own cooler of beer (since they lacked a liquor license) and crushing a piping hot order of yan su ji (Taiwanese popcorn chicken) or the special three-cup king mushroom dish. When Tai Ke announced its closure and plan to open a new concept further west on Olive Boulevard in anticipation of the area’s notorious Costco development, we couldn’t help but worry about their fate.

All apprehension melted away once we first sat for a meal at the new incarnation. Warm, glowy lanterns punctuate the high ceilings and natural light streams in through floor-to-ceiling windows. A slick, white bar lined with induction cooktops is the star of the space. This is where the magic happens.

Tai Ke’s new specialty is a take on Japanese shabu shabu, which is itself a take on Chinese hot pot, where groups gather at tables with large pots of flavorful, simmering broth for DIY cooking. Tai Ke’s version transfigures the experience from a group activity to a one-on-one experience – think of it as the personal pan pizza version of hot pot. Peruse the lengthy menu and choose your broth, from mushroom and lamb to seafood; broths are available in original or spicy. Each broth is served with its own unique set of ingredients with seemingly endless add-on options, including fried tofu, thin slices of beef, clams, noodles, special hot pot dumplings – the list goes on.

You can even order a beer now instead of pulling one out of your purse; we recommend Taiwan Beer, a light lager imported from Taiwan. Looking for a non-alcoholic specialty beverage? Try Apple Sidra, a carbonated apple-flavored drink, another product of Taiwan. Even with all these fun, new options, we can’t resist adding an order of Taiwanese sausage fried rice, which is the fluffiest, lightest fried rice you could ask for, full of chewy bites of sweet and sour pork sausage.

Tai Ke Shabu Shabu succeeds in fusing a masterful menu we fell in love with years ago together with an exciting new dining experience. No matter how fondly we recall the days of purse beers, we’re thrilled to see the restaurant executing its vision in a fresh, beautiful space.