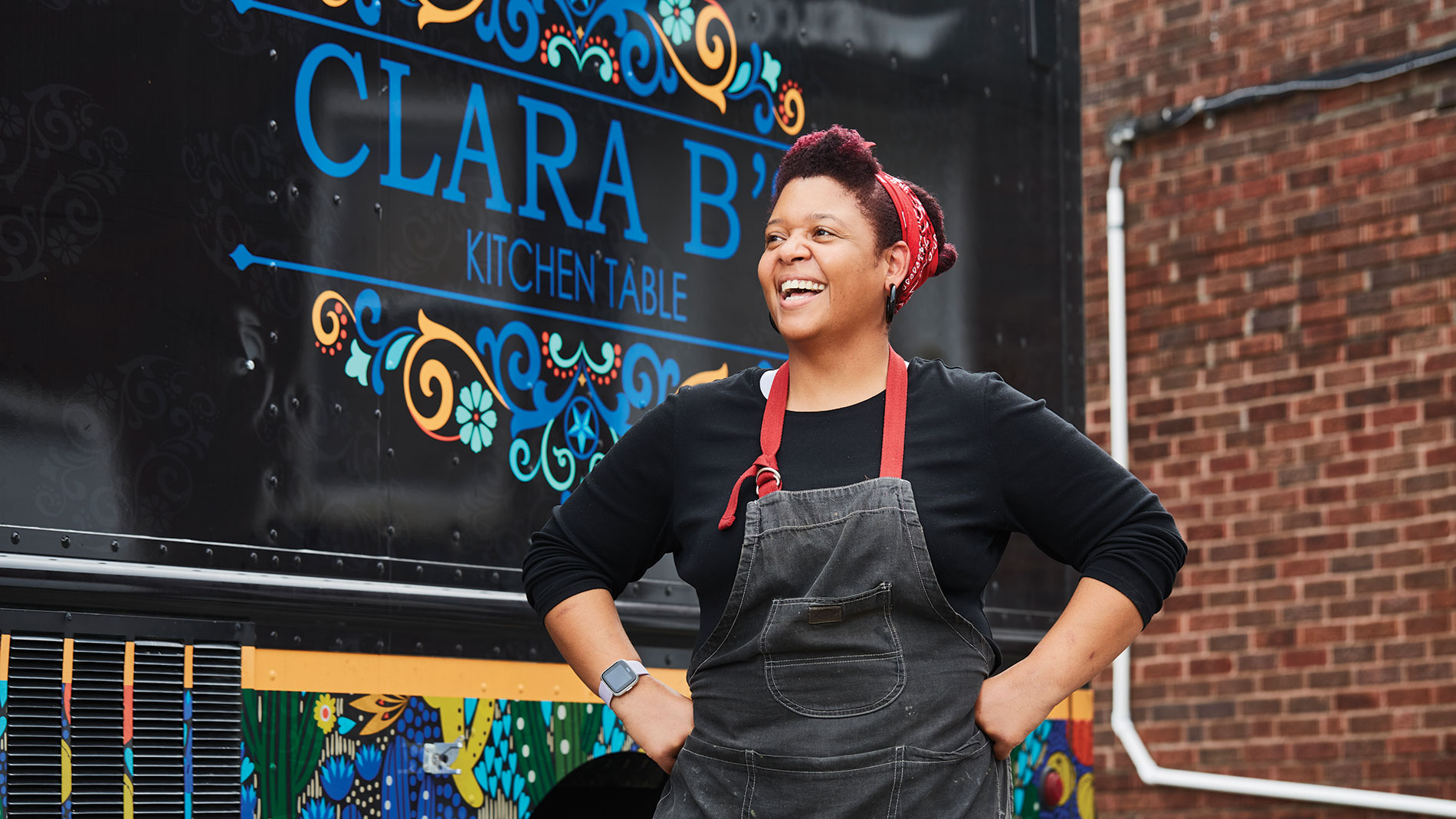 There are few things as comforting or luxurious on the palate as a mound of well-prepared grits. Sadly, whether due to the dish’s misleading simplicity or the easy availability of instant varieties, it can be difficult to find decent grits in St. Louis (surprising, given the city’s Southern character). Thus, while there are many great things on the menu at Clara B’s Kitchen Table, it was chef-owner Jodie Ferguson’s perfectly prepared grits that brought actual tears to our eyes the first time we tried them.

Ferguson was introduced to cooking by her grandmother, Clara Bloodworth, the Clara B. for whom her business is named. Though Bloodworth passed away when Ferguson was just 6 years old, Ferguson still remembers the taste of her grits – as well as the first time she had grits that weren’t her grandmother’s. “Disgusting,” Ferguson recalled, her dismay still palpable in her recollection of the experience. “I didn’t eat them again for, like, 12 years.”

When asked the secret behind her superlative grits, Ferguson identified two key components: quality ingredients (she only uses Weisenberger Mills grits) and time. “I think it’s the patience, maybe,” Ferguson mused, pointing out that she slow-cooks her grits in a mixture of milk, cream and butter, which help lend the dish its unctuous mouthfeel.

At Clara B’s, you can try Ferguson’s grits in her shrimp and grits, which are velvety, mildly spicy and balanced by green pepper and okra. They also make an excellent accompaniment as a side for the biscuit sandwich, another must-try item. Served with egg, cheese, apricot-red onion jam and your choice of protein, Ferguson’s biscuits shine just as brightly as her grits. Made with White Lily flour (the flour of choice for generations of Southern biscuit-bakers), they’re sturdy enough to hold the sandwich components while retaining their soft, flaky interiors.

Ferguson’s breakfast tacos, which use tortillas from beloved Texas grocery store chain H.E.B. (Ferguson grew up just outside of Austin), are another example of her dedication to top-shelf ingredients. We enjoyed the vegetarian option with black beans, avocado, egg and cheese, which we enthusiastically doused with house-made salsa and hot sauce.

Currently, Clara B’s operates as a food truck, putting in frequent appearances at Affton food truck hub 9 Mile Garden, Belleville and elsewhere in the Metro East. But Ferguson hopes to secure a brick-and-mortar space in downtown Belleville soon and envisions offering brunch as well as occasional, upscale dinner pop-ups that reflect her background in fine dining at places like Cardwell’s, Table Three and the Ritz-Carlton, St. Louis. One thing’s certain: With some of St. Louis’ best grits and biscuits already firmly under her belt, we can’t wait to see what she does next.