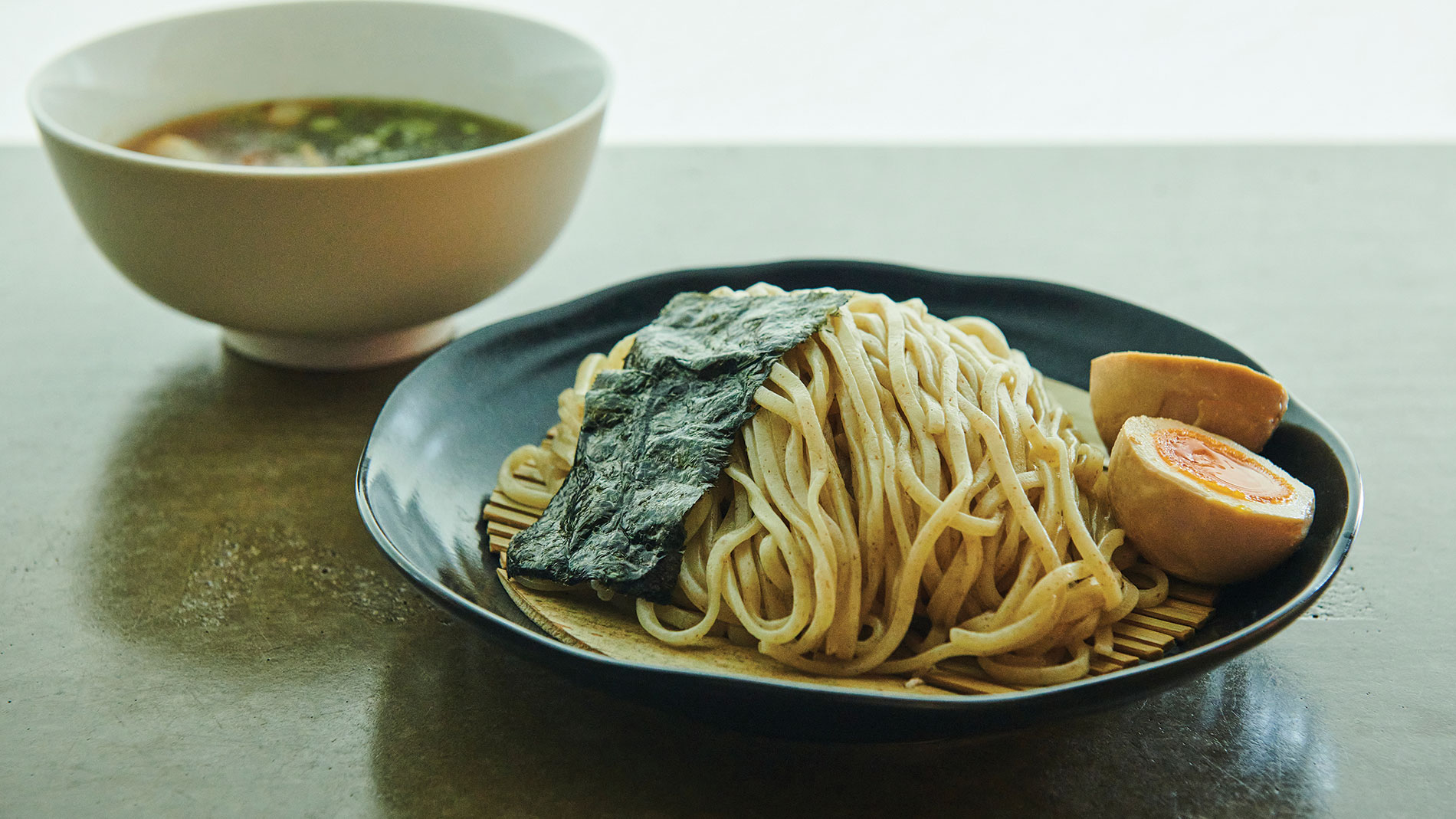 Steven Rui Pursley wants to expand St. Louis’ ramen culture. It’s why he wants to get you into his new, little noodle shop, Menya Rui: to slurp up one of his brothy shoyu ramen soups, yes, but then to come back to try the other two styles he offers: mazemen and tsukemen. That you may have never encountered these is exactly what Pursley sees as his competitive advantage.

“Ramen culture is so vast, with so many nooks and crannies and subgenres and sub-subgenres and regional differences that you could write a fat-ass book about it,” Pursley noted. “It’s easy to get into and, once you do, there are so many places to explore, and that’s the appeal of it.”

Remember the lovely Japanese movie , “Tampopo,” with Ken Watanabe’s character searching for the perfect bowl of ramen? Or “The Ramen Girl,” in which Brittany Murphy’s character apprentices at a Tokyo ramen shop under a tyrannical ramen master? Pursley understands the dedication depicted in those films after spending three years in Japan researching ramen and working in several noodle shops.

When he emerged from the ramen rabbit hole and moved back to St. Louis in 2017, he knew he had to share what he learned about ramen’s vast landscape with the city’s diners.

While in Japan, Pursley worked in four different shops, absorbing everything from making soup to the different types of tare (the broth’s base seasoning) and even a bit of noodle making. It's why he and his younger sister, Erika Pursley, crank out mountains of thick and thin wheat dough noodles several times a week, using an old commercial noodle maker he imported from Japan. “There was a period where I wasn’t going to make my own noodles, but it’s definitely taken it to the next level,” Pursley said. “Once I bought my noodle machine and started tinkering with recipes, I’ve grown a lot in that area and think it’s definitely paid off.”

Then there is the broth. Of the four main ramen broth flavor profiles – shio (salt), shoyu (soy sauce), miso (fermented soybeans) and tonkotsu (pork bones) – Pursley only offers shoyu. “Before I moved to Japan, I was definitely stuck on doing tonkotsu, just because I thought that if [the broth] is clear, then it’s not going be as tasty or hit as hard,” he explained. While working in one particular ramen shop, however, he gained a new appreciation for a light, clear broth made by simmering chicken and pork bones low and slow for hours. “Once I started eating [shoyu] all the time at staff meals, I began to understand the nuances and fell in love with it as opposed to the tonkotsu.”

Growing up , Pursley wasn’t eating ramen, but his Japanese mother, Misae Pursley, made stir-fries and other Japanese dishes often enough that “at least half the nights we were eating with chopsticks. It’s something I always enjoyed,” he said. Pursley credits his mom’s home cooking and having Japanese food throughout his life with keeping him connected to the culture. “It always kept me rooted,” he noted.

Pursley’s parents met while his father was stationed in Japan, and during his first 10 years he mostly lived in Okinawa, where his mom grew up, and from then on lived semi-permanently in Missouri. Even after settling in the States for good around 1999 in Union, Missouri, the family spent summers in Japan, where his mom insisted Pursley and his sisters attend Japanese school, “which we all hated at the time, but I’m thankful for it now,” he said.

Pursley was inspired to return to Japan in 2014. After graduating from the University of Missouri-St. Louis in 2013, he had briefly considered pursuing law or engineering, but Japan kept calling. “Half of my decision to move back was to learn ramen, [to] train and gain some skills to hopefully one day come back and open up a shop,” Pursley explained. Identity, specifically his Japanese heritage, drove the other half: “There were definitely some things to figure out, and I wanted to explore that side of myself and take advantage of being half Japanese to live over there as an adult,” he said.

When Pursley moved back, he noticed most ramen shops in St. Louis, and the U.S. in general, served tonkotsu. “But to be competitive, I wanted to show people something new,” he said. If you are used to tonkotsu broth, you’ll be pleasantly surprised by shoyu’s subtler, but no less savory, umami flavor.

Menya Rui’s menu – which is as compact as the postage stamp-sized space – includes two appetizers that you’ll want to order on each visit: karaage, Japanese fried chicken nuggets served with lemon and Kewpie mayo, and the house cucumbers served one of two ways, either pickled or fresh and dressed with miso. Three categories of ramen round out the menu: noodle soups made for slurping; two brothless mazemen, eaten like pasta; and one tsukemen, for dipping. In the soup category, Pursley serves three versions, each with different flavor profiles: tantanmen, a Japanese version of Sichuan dan-dan noodles with ground pork and a brick-red hue from the aromatic chile oil and sesame paste; chicken shoyu, suffused with aromatic chicken oil and topped with a slice of braised pork shoulder; and pork shoyu, with gorgeous globules of glistening, porky schmaltz and more of that pork shoulder. All come with the same three toppings of menma ( seasoned bamboo shoots), scallion and nori (dried seaweed); for an extra buck, you should add the traditional custardy soft-boiled egg for the full ramen soup experience.

Slurping noodles from a steaming bowl of broth is great, but it’s not the only way to enjoy ramen. While the pork shoyu is the biggest seller, Pursley really wants you to try his tsukemen and mazemen, two increasingly popular and fun ways of eating noodles. The former involves dipping thick and chewy cold-rinsed noodles into a saltier, more potent broth. You might think of it as deconstructed ramen, where the noodles and soup are served separately to keep the noodles cool and firm – perfect for the summer months. The mazemen, on the other hand, omits most of the broth and instead is eaten like pasta. The tantanmen uses the same ingredients as the soup version (chile oil, sesame paste, ground pork), but with just a splash of house shoyu, the flavor was much more pronounced.

For most of his childhood, Pursley said he was hesitant to talk about his Japanese middle name, Rui, because it often caused more confusion than understanding. When naming the restaurant, Pursley knew he wanted to include it, just as he did with his pop-up series, Ramen x Rui, as a way to own it. He changed Ramen to Menya (“men” translated from Japanese is noodle, “ya” is shop). “By naming it Menya, I wanted to get away from just ramen, to push the culture and expand it a bit,” he said.

Pursley explained that the Japanese character for “Rui” means the “base” or “foundation” of something, which Pursley seems to have found with his little noodle house.

Vibe
The size of a bento box with seating for 24 (and no outdoor seating), Menya Rui buzzes with conviviality and conversation. On weekends, the wait line outside can be long but moves relatively quickly. Dine-in only, no carryout or delivery. Water, canned green tea and bottles of Excel orange soda are served. No BYOB.