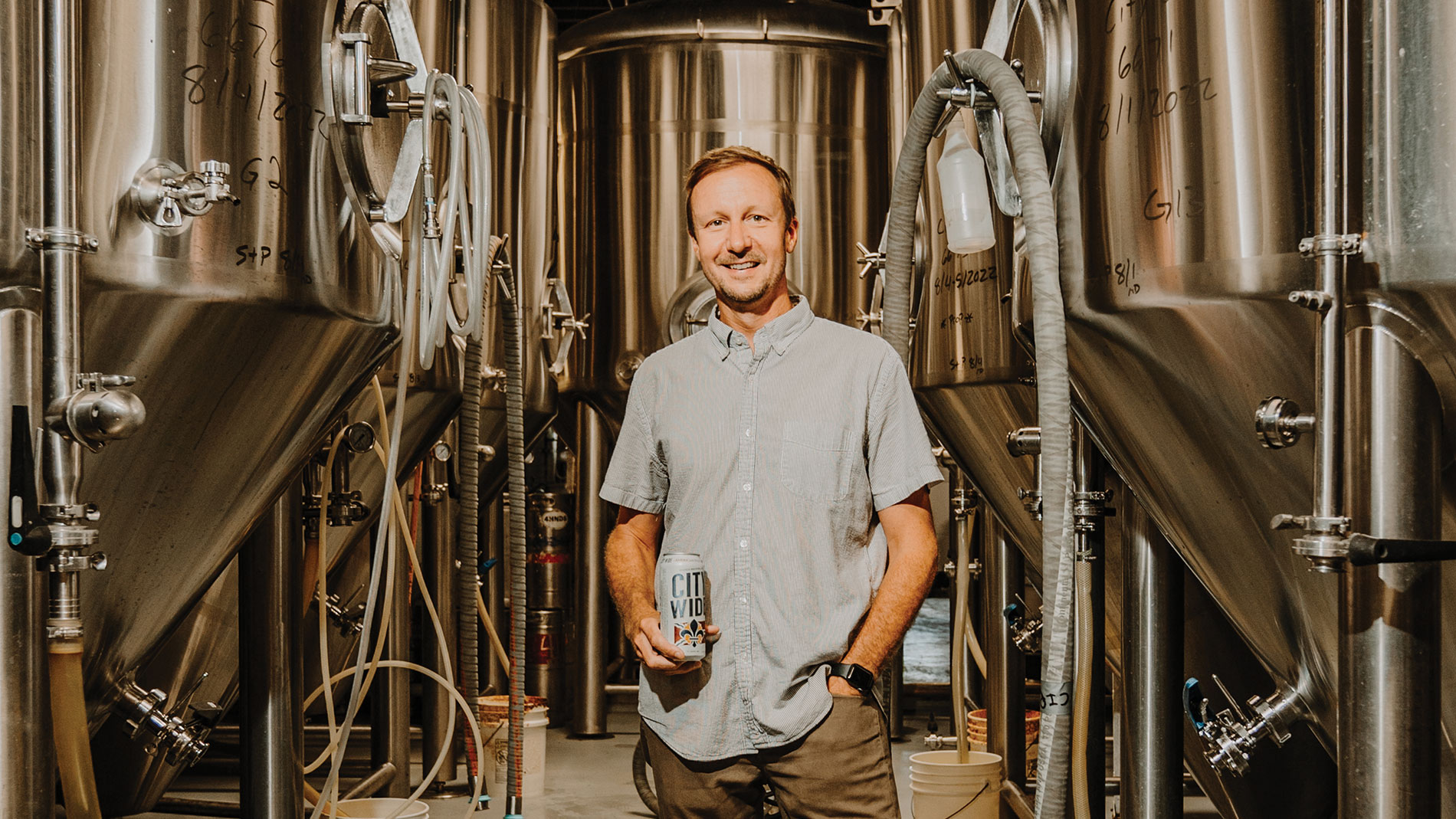 The last time we chatted with Kevin Lemp – president and CEO at 4 Hands Brewing Co., 1220 Artisan Spirits and Withered Oak Spirits – for this column (previously called 5 Questions) was just prior to the brewery’s opening in 2011. In the 11 years that have passed, 4 Hands has grown and evolved in ways few might have envisioned. With the company’s expansion into spirits, canned cocktails, seltzers and more, Lemp now conceives of 4 Hands not simply as a brewery but as a “premium supplier of beverage.” Here, Lemp catches us up on how his role has changed since we last spoke, 4 Hands’ growth as a community partner, and why they decided they wanted to “be more than beer.”

“In 2011, 4 Hands Brewing Co. was created and, five or six years after that, we were in the space where we made the decision, we are passionate about beer – hyper-passionate about beer – but we also like to go out and have a gin and tonic. And we also really love amaro and we really love aperitif. So let’s start the framework on building a portfolio that can have different buckets that don't compete with each other.”

“So we're able to pull a ton of inspiration because we're already pretty deep in that category as customers. Now we've got this beautiful opportunity to be craftsmen and make it ourselves and put our spin on it.”

“Before I opened up the brewery, I worked for [E. & J.] Gallo Winery for a decade. At Gallo, I was responsible for that full portfolio – everything from Bartles & Jaymes [wine coolers] to $300 bottles of wine to brandy and gin and vodka. I think that, without me even knowing it, there were so many things in how we built 4 Hands that were inspired by the way Gallo Winery went to market.”

“Somewhere in the back of my head, I think that I always knew that we would not just be a brewery. We would be building a line of beverages to ensure that as trends ebb and flow, we have something in that trend bucket. I think that is extremely important as we're looking at the next decade.”

“For us, City Wide is huge for that, giving over $300,000 to local nonprofits through City Wide. Our partnership now with State Wide and Veterans Community Project, working toward raising $50,000 for them so that we can build a house on their campus in North City.”

“I'd say one of my favorite projects is the Cardinal Glennon [Children’s Hospital] collaboration we do every year for their gala. It’s a collaboration that just really touches your heart. Or the Nine Network. I love that collaboration. I love Channel 9, I love what they do. I love the foundation of who they are, and we want to be a part of that.”

“My role has changed so significantly over the last 11 years. … My total focus right now is to make sure that we're building a really passionate team and focusing on innovation and opportunity. It's a delicate balance of making sure that our foundation is super strong so that our team can execute at the level that they need to execute.”