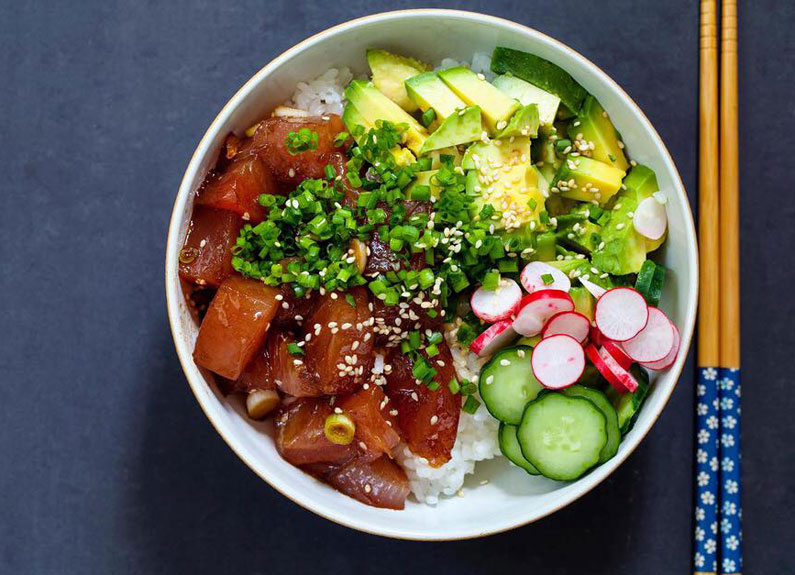 As the name implies, the new restaurant will focus on poke, the Hawaiian fresh fish specialty that’s gained traction locally. Lee said he tried to introduce poke on the Hiro menu several years ago, but “it was a challenging sell” and he eventually took it off. Now with the dish becoming more and more popular, he said the time seemed right to bring it back.

The Hiro Poke Co. menu will be centered around three ready-made bowls with St. Louis-centric names: Forest Park, a vegan bowl with brown rice and tofu; Go Cards, a chicken teriyaki bowl; and Aloha St. Louis, featuring fresh raw tuna and salmon. Those who want to build their own creation can order a Poke Your Way bowl in two sizes, available with rice or greens and a range of proteins, including raw tuna, salmon, cooked shrimp, chicken, tofu and marinated mushrooms.

In addition to poke, two paitan ramen options – vegan and chicken – will be available. Paitan ramen features a rich, milky white bone broth, and Lee said he will offer traditional ramen noodles or gluten-free rice noodles. Lee said the new menu will boast a multitude of gluten-free, dairy-free and nut-free options, many of them vegan and vegetarian, and the majority of the offerings will be priced less than $10.

Eventually, Lee said he plans to introduce a weekly chef’s lunch tasting menu, available by reservation only and limited to six counter seats, that will feature rotating specialty dishes.

To give the public a taste of what’s to come, Lee said he’ll host a pop-up at Hiro Asian Kitchen on Thursday, June 14, at 5 p.m. until sold out, featuring a variety of the new dishes as well as some Hiro favorites.