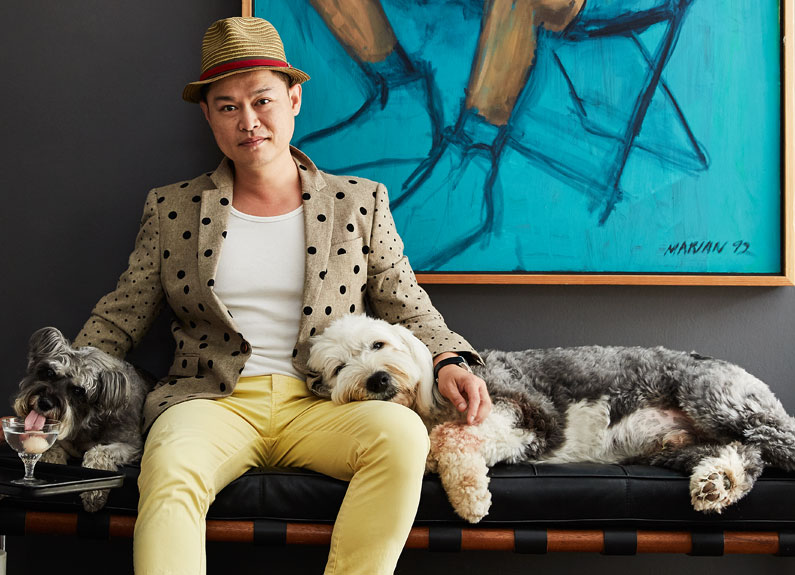 What I Do: Bernie Lee of Hiro Asian Kitchen

Leaving everyone and everything you know to come to the United States and pursue a dream is the quintessential immigrant experience. Hiro Asian Kitchen owner Bernie Lee’s story is no different. After leaving Malaysia to study, learn the culture and improve his English in St. Louis, Lee seized the opportunity to open his own restaurant (609 Restaurant & U Lounge).

Now Lee serves some of the city’s best Asian fusion at Hiro, where he has slowly added Malaysian dishes he grew up eating. At first, he wanted to have a business that welcomed all people. Now, it’s become a place where he can share his culture.

“You just have to learn how to survive. When I was in [college], one of my classmates told me I spoke the worst English he ever heard in his life. It was so embarrassing. I didn’t know how to express myself. In my class, I was always the last pick [in a group presentation] because they thought I didn’t speak well. I spoke six other languages they didn’t even understand. But it forced me to be better.”

“I’m Malaysian-Chinese. My parents are first-generation Malaysian-Chinese. My grandparents in the 1940s were refugees. They escaped from China, from the revolution, very young – 15, 16, 17. They were very poor, and as refugees, what do they know? They worked. They had tons of babies – work, have a baby, work, have a baby. Refugees, they all have to go through the same things. It’s never easy.”

“The motivation behind 609 was I was not treated nicely at a bar one day. I was bullied in public. I told myself someday I need to create a place where everybody is welcome. Two years later, I had an opportunity to open my own place. To be honest, I was 27, I was young. I said, ‘Screw it, let’s do it! If I fail, I fail.’”

“Americans only eat fish fillet. No bone! No skin! No head! No tail! Nothing! So that’s what I had been taught. Only fillet. So, this is what I know. I had opened 609 and one day I thought, ‘Why don’t we do whole fish?’ People said, ‘No, no, no. Nobody will touch that!’ All right. One day I went to [a local restaurant], and it’s all white folks, and they tell me, ‘Our most famous dish is a red snapper.’ I said, ‘OK, let’s order that.’ It came out whole fried red snapper! Everyone was ordering it, loving it, no problem. You go to this restaurant, pay $30 for a whole crispy fish – it’s just salt, pepper that’s it – you think it’s a great dish. The whole fish in an Asian restaurant, people say, ‘Oh, hell no.’ And I bet they would not even pay $15 for it. It drives me nuts. That’s why for Malaysian Week we [had] whole fish. Head, tail, bone, everything. This is how we eat it back home and that’s how it should be.”

“Just cook it the way you want it. I tell the kitchen, don’t worry how people will like it or not like it. If they don’t like it? Fine! Sorry! Pick another one. I’m very proud of them.”

“Even though the plate is nice, it still has the flavor that reminds them of home. The chicken clay pot [at Hiro], the origin is from Taiwan; we cook it Taiwanese style. This is a dish like meatball pasta – everybody makes good meatball pasta, but when you eat it you go, ‘Oh, my mom’s is better.’ One woman ordered it, and I saw she was crying. I asked if she was OK, I thought she maybe burned herself. She said, ‘No, this dish reminds me of my mom.’ Her mom had passed away. She said, ‘We ate this when we were kids, this is exactly what my mom would cook.’”

“You have to trust yourself. You have to believe in your culture. If you believe, you can deliver. If you don’t believe, there’s no point.”