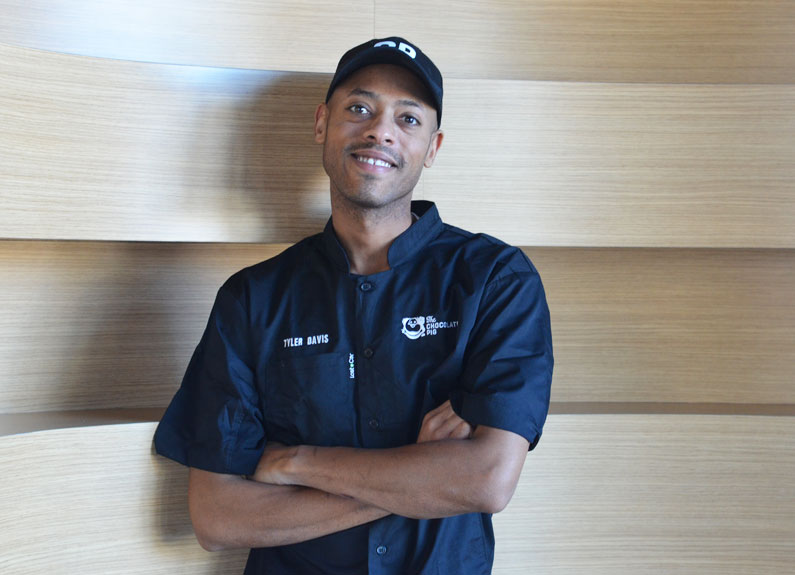 Tyler Davis left his position as executive pastry chef at The Chocolate Pig for a multitiered solo venture. His last day of service was Saturday, May 4.

“I really loved Chocolate Pig and the opportunity they gave me,” Davis said. “But it’s time for me to start something new.”


Davis, who served as executive pastry chef at Element before his stint at The Chocolate Pig, has several irons in the culinary fire. He said he’ll continue offering his custom cakes and chocolates online as Alchemy Bakery, which he’s operated since 2017. He’ll also continue to provide culinary consulting services, including menu development and kitchen efficiency, and classes and pop-ups under the moniker, Aether.

Davis is also delving into the arts world under the name Sacred Geometry, creating cake installations at venues like art galleries and producing a coffee table book featuring his artistic culinary creations.


Eventually, Davis hopes to open a brick-and-mortar location to house all of his ventures, possibly by late 2020 if all goes well.


“It’ll probably happen sooner rather than later based on the support I’m getting,” Davis said.


Amanda Bradham-Little, vice president of marketing for 23 City Blocks (which owns The Chocolate Pig), said she could not comment on who would take the executive pastry chef role at this time.